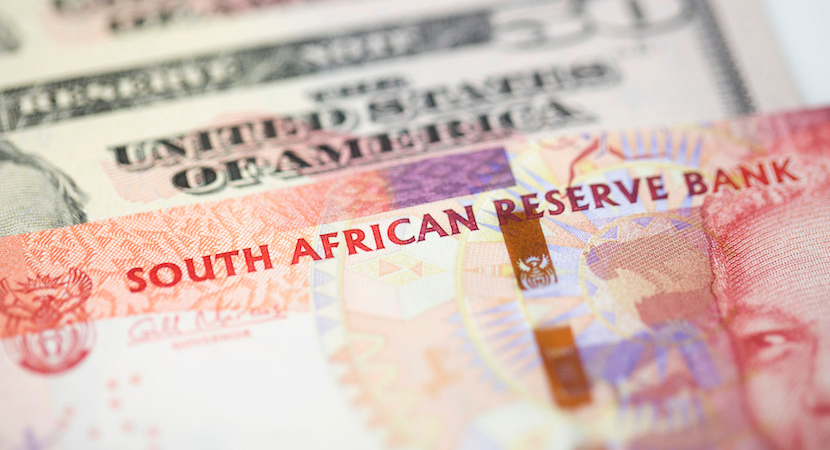 For every loser, there is a winner in the financial markets. This week the winners are the traders who had the foresight to short the rand ahead of the surprise recall of finance minister Pravin Gordhan from an international roadshow. An analyst told Fin24 that it is highly unlikely those who won in the currency markets this week had inside information that Gordhan was set to be ordered home. But the cynics among us will still wonder how it is that the timing was so good for a small group. Remember Eric Wood of Trillian Capital? A whistleblower at his company went into hiding after reporting to the Public Protector that her Trillian colleagues knew that finance ministers were about to be switched because they had the inside track. That political manouevre, called #Nenegate, sent ripples through financial markets and there is speculation there may have been benefits for currency traders in the know. Wood, Trillian’s CEO, denied any knowledge that #Nenegate was looming. However suspicions have been swirling around Wood ever since that he is a Zupta lackey. Looking at the observations of Intellidex analyst Stuart Theobald about forex trading moves, who else has a feeling of déjà vu? – Jackie Cameron

Pretoria – Traders who shorted the rand profited on news that Pravin Gordhan had been recalled from his overseas investor roadshow, according to Intellidex analyst Stuart Theobald.

Theobald tweeted a graph on Wednesday that reveals how the number of contracts of the dollar/rand futures spiked dramatically between last Friday and Monday.

Did anyone else see the big jump in USDZAR futures contracts on Monday? Big profit for someone who saw #Gordhan news coming pic.twitter.com/hStDBGLqNG

The rand declined by more than 3% on Monday, on the news that President Jacob Zuma had ordered Gordhan home from his international investor trip. He was in London at the time.

The President, reportedly acting on a questionable intelligence report that alleged Gordhan was having secret meetings with bankers and had launched “operation black check” (sic) to remove Zuma, was on the verge of firing Gordhan. Apparently, three members of the top six of the ANC NEC prevented him from doing so.

“Did anyone else see the big jump in USDZAR futures contracts on Monday? Big profit for someone who saw #Gordhan news coming,” Theobald asked as he tweeted the revealing graph.

“I think it is more likely to be individuals than companies,” he added.

When a Twitter user said the data indicates a big increase on Monday and that it “might be after news broke”, Theobald responded, saying: “I hear it was before. And (there are only) increases only in those contracts so (it) doesn’t look like general trading response to news.”

Theobald didn’t respond to Fin24 queries, but Purple Group analyst Nilan Morar told Fin24 on Wednesday that there were three possibilities how the rand could have been shorted.

The first, which he said is unlikely but which can’t be ruled out, is that someone close to sources knew the decision was about to be made and was able to short the rand.

The second, is that that traders are highly competitive and quick at spotting trends by using social media, online news and other sources to make fast and ahead-of-time trading moves.

The third, is that trading firms in the US increasingly use automated bots to trade. These bots process a mass of information and act independently to make trades. They may know things that humans don’t even know ahead of time.

The idea that a few individuals linked to key players in the recall of Gordhan shorted the rand is highly unlikely, according to Morar.

“The dollar/rand futures market trades between $4bn and $6bn daily,” he said. “It would require large firms acting in volume to get this type of impact.”

He said that the rand was nearing its threshold of R12.31 to the dollar and so everyone was on edge to short the rand. That was the near two-year high level at which the local unit was trading just before the news broke. It has since weakened to trade at R13.03 to the greenback by 07:37 on Thursday.

Jeremy Cronin, SACP first deputy general secretary and deputy minister of Public Works, was highly vocal about shorting the rand when Nhlanhla Nene was fired in 2015.

“There are indications that, just ahead of this tumultuous December week, somebody (presumably with foresight into the events about to unfold) took a multi-billion rand bet against the currency (technically known as shorting),” he wrote on Politicsweb.

“They borrowed rands to purchase dollars and when the rand crashed they sold the dollars back for rands, walking away with several billions in profit.

Rand reacts sharply on reports that President Zuma's plan to fire Finance Minister Pravin Gordhan is opposed by three of the Top Six in ANC.

“The same pattern appears to have occurred just over a week ago. Another multi-million rand bet is followed by a leaked rumour about the imminent criminal charging of an incumbent finance minister. The rand tanks and someone reaps another bonanza.”

In an interview on 702, he also alleged that the “rand was shorted before the Sunday Times published an article on the apparent prosecution of Gordhan”.

Though the claims could be difficult to prove, Cronin says that they may be as a result of insider information, 702 reported. “He suggests that these events are related to the corporate capture of the state.”

The Competition Commission announced in February 2017 that it is taking various South Africa and international banks to the Competition Tribunal of colluding on foreign currency trading.