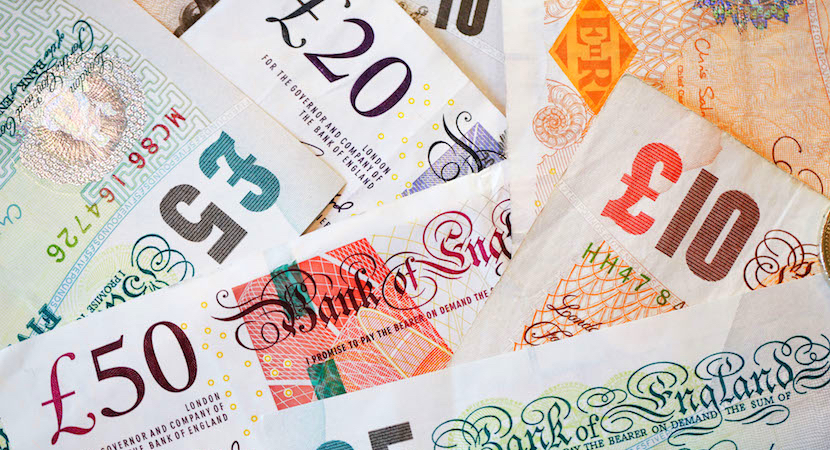 *This content is brought to you by One Touch Investment

9:58pm Saturday 3rd June, a white van ploughs through pedestrians on London Bridge – a popular tourist area – before crashing outside a busy pub. Three armed perpetrators exit the vehicle and enter various restaurants stabbing and injuring a number of people. Seven innocent people die in a senseless attack less than two weeks after 22 people were killed in a suicide bomb attack at the Manchester Arena.

These devastating attacks send panic waves through the British public. The threat of future attacks is raised to “critical”.

In the light of probable future terrorist attacks, the shock of Brexit and June’s snap General Election, is it still worth considering UK property investments?

Callous as may seem, we need to take a step back to assess their impact on the viability of investing in UK property.

Emotional bias occurs in many situations and can be the advantage (or detriment) of investors. While we all send heartfelt condolences to the families those affected by terror attacks, the acts must be looked at as one would any other market-affecting condition. And their impact interpreted to guide us in our decision making for future investments.

So what is the impact of the attacks on the UK property market?

There is certainly a possibility that the acts of terrorism could dampen enthusiasm for companies to relocate to London or Manchester. However, large corporates like Apple and Google have already made long term commitments.

Read also: Don’t invest in UK property before reading this

The U.K residential property market is undersupplied. The number of new homes built annually has fallen from 350 000 in the 1970s to less than 150 000 new homes in 2015. Against this, demand is increasing with natural population growth of around 220 000 a year plus a further 250 000 from net inward migration.

The graph tracking the increase in house prices is remarkably similar to the total increase in population growth over time. It shows the forces of supply and demand are still the primary drivers of prices. 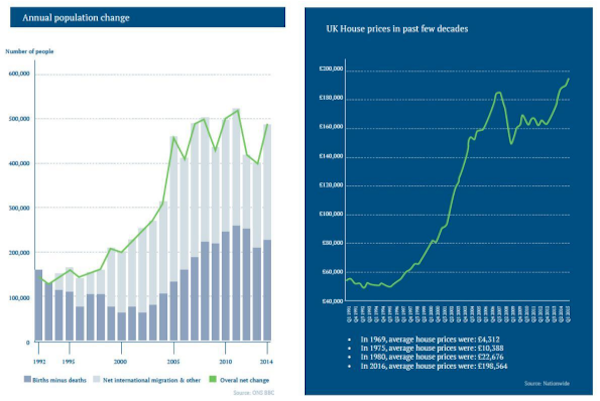 Neither of the UK’s two major political parties, Conservatives and Labour, have made committed to a defined number of migrants per annum.

Both of the parties’ campaign manifestos promise to prioritise an increase in housebuilding, But actually addressing restrictive local planning departments and motivating private companies to build is as challenging as ever.

The UK population votes in a General Election on Thursday 8th of June 2017.

Polls suggest that the Labour Party has improved its ratings. Its contentious policies of renationalising the Railways and increasing investment in the National Health Service (NHS) seem to appeal to the electorate apparently concerned at the Conservative Party’s austerity measures.

Read also: Arran Kerkvliet: Take advantage of strong rand to lock in yield of 8% in Pounds

The government’s cutbacks and Quantitative Easing by the Bank of England have not translated to real economic growth (only 0.2% Q1 2017) or a reduction in the UK deficit. The Conservatives appear to be supporting the privatisation of the NHS. For example; Virgin Care entered the UK Care market in 2010, and over the past six years has been awarded contracts worth more than £1 billion. It also runs over 200 NHS services.

If the Labour Party does win a majority and implements its fiscal policies of Nationalisation of the railways (which would require greater capital investment) it is projected, by Oxford Economics, this will increase inflation and interest rates on UK Treasury notes.

In recent times investors have flocked to Emerging Markets, and acquired Treasury notes – such as those of South Africa – which are perceived to be riskier than developed countries and pay higher interest rates. But when interest rates in developed markets start rising again, investors are likely to swiftly withdraw investments from Emerging Markets and push them back into geographies like the UK.

The Rand is relatively strong against the Pound at the moment considering the state capture, widespread corruption and recent credit rating downgrades.

Warren Buffett told us to “Be greedy (brave) when others are fearful”. At the moment, investors seem capitivated by a state of fear, due to events which are not main drivers of the UK buy-to-let property or care home markets.

By focusing attention on fundamentals, one can reap the opportunity and potentially benefit from the short term currency strength of the Rand (relative to the GBP).