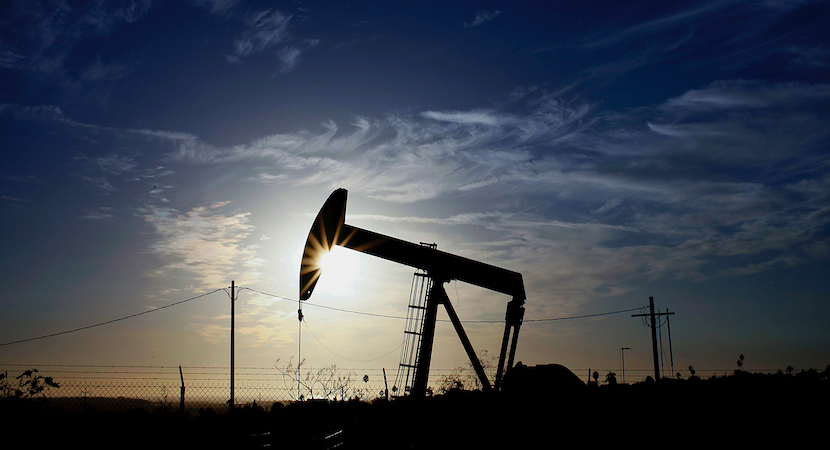 JOHANNESBURG — After South Africa’s energy ministry took the unusual, ‘once-off’ intervention last month of preventing a major fuel hike by subsidising the price increase; South Africans are now bracing themselves for the price at the pump to skyrocket to record levels on Wednesday. There’s no doubt that the petrol price increase will dampen any growth in the economy while also speeding up inflation. Some analysts are even now predicting a $100 oil price in future – a major headache for Team Ramaphosa which is struggling to get the economy growing again. – Gareth van Zyl

By Enda Curran and Michelle Jamrisko

(Bloomberg) – Rising oil prices are prompting forecasts of a return to $100 a barrel for the first time since 2014, creating both winners and losers in the world economy.

Exporters of the fuel would enjoy bumper returns, giving a fillip to companies and government coffers. By contrast, consuming nations would bear the cost at the pump, potentially fanning inflation and hurting demand.

The good news is that Bloomberg Economics found that oil at $100 would mean less for global growth in 2018 than it did after the 2011 spike. That’s partly because economies are less reliant on energy and because the shale revolution cushioning the US.

Ultimately, much depends on why prices are pushing higher. A shock amid constrained supply is a negative, but one due to robust demand just reflects solid growth. Both forces are now in play, driving Brent crude up about 22 percent this year.

What does it mean for global growth?

Higher oil prices would hurt household incomes and consumer spending, but the impact would vary. Europe is vulnerable given that many of the region’s countries are oil importers. China is the world’s biggest importer of oil and could expect an uptick in inflation.

There are also seasonal effects to consider, with winter looming in the Northern hemisphere. Consumers can switch energy sources to keep costs down, such as biofuels or natural gas, although not quickly. Indonesia already has instituted measures to push more use of biofuels and limit the economy’s reliance on imported fuel.

For a sustained hit to global growth, economists say oil would need to hold above $100. The dollar’s gain of this year doesn’t help though given crude is priced in greenbacks.

How can the world economy absorb oil at $100?

Bloomberg Economics found that $100 oil will do more harm than good to global growth. Yet there are important differences in the condition of the world economy today compared with 2011.

“The shale revolution, lower energy intensity, and higher general price levels mean the impact will be smaller than it once was,” economists led by Jamie Murray wrote in a recent report. “The price of a barrel will have to go much higher before global growth slips on an oil slick.”

How will Iran and Trump impact the market?

Geopolitics remains a wild card. Renewed US sanctions on Iran are already crimping the Middle East nation’s oil exports. While President Donald Trump is pressuring the Organisation of Petroleum Exporting Countries to pump more, there is limited spare production capacity. In addition, supply from nations including Venezuela, Libya and Nigeria is being buffeted by economic collapse or civil unrest. Still, Goldman Sachs analysts predict $100 will not be passed.

Who wins from higher oil prices?

Most of the biggest oil-producing nations are emerging economies. Saudi Arabia leads the way with a net oil production that’s almost 21 percent of gross domestic product as of 2016 – more than twice that of Russia, which is the next among 15 major emerging markets ranked by Bloomberg Economics. Other winners could include Nigeria and Colombia. The increase in revenues will help to repair budgets and current account deficits, allowing governments to increase spending that will spur investment.

India, China, Taiwan, Chile, Turkey, Egypt and Ukraine are among the nations who would take a hit. Paying more for oil will pressure current accounts and make economies more vulnerable to rising US interest rates. Bloomberg Economics has ranked major emerging markets based on vulnerability to shifts in oil prices, US rates and protectionism.

One of the biggest winners might also find itself on the losing end: Oystein Olsen, Norway’s central bank governor, warned that western Europe’s biggest petroleum producer risks problems if the industry takes its eyes off controlling costs.

What does it mean for the the world’s biggest economy?

A run-up in oil prices poses a lot less of a risk to the U.S. than it used to, thanks to the boom in shale oil production. The old rule of thumb among economists was that a sustained $10 per barrel increase would shave about 0.3 percent off of US output the following year. But tallies now, including that of Moody’s Analytics chief economist Mark Zandi, pencil in a hit of around 0.1 percent.

While the diminishing American reliance on imported oil has positive economic consequences at the industry level, poorer households would feel the weight of higher prices at the pump. They spend about 8 percent of their pre-tax income on gasoline, compared to about one percent for the top fifth of earners.

Will it lead to higher inflation around the world?

Energy prices often carry a heavy weight in consumer price gauges, prompting policy makers including those at the Federal Reserve to focus simultaneously on core indexes that remove volatile energy costs. But a substantial run-up in oil prices could provide a more durable uptick for overall inflation if the costs filter through to transportation and utilities.

What does it mean for central banks?

If stronger oil prices boost inflation, central bankers on balance will have one less reason to keep monetary policy loose. Among the most-exposed economies, central bankers in India already are warning about the impact as the nation’s biggest import item gets more expensive. Greater overall price pressures also could prompt faster monetary policy tightening in economies such as Thailand, Indonesia, the Philippines and South Africa.