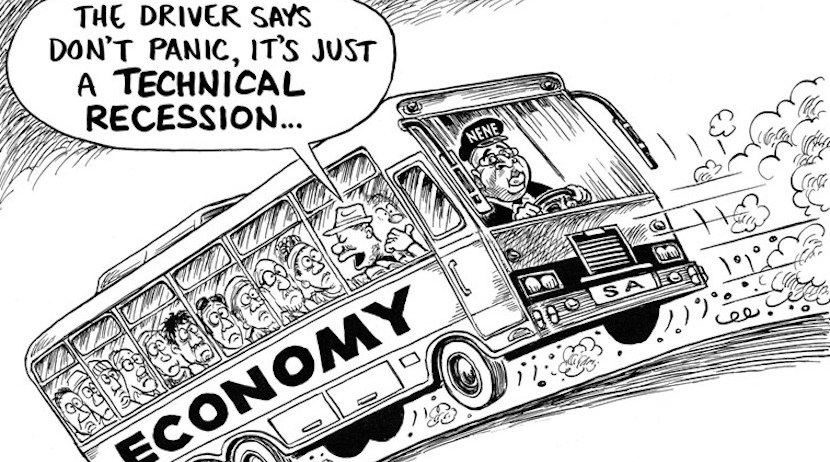 EDINBURGH — It’s very obvious that the ANC-led South African government has failed its people by not putting enough strategic thinking, planning and resources into improving the education system and standards. This oversight was hardly surprising in the early years when the ANC was kept busy on changing discriminatory legislation put in place in the apartheid era. Stockbroking analyst Nigel Dunn touches on other errors the ANC has made, including focusing on wealth enhancement for an elite and allowing government and state enterprises to soak up corrupt cadres to bolster employment. Nevertheless, he argues, the neglect of the education system is a key reason that South Africa’s leaders are ill-equipped to transform the country into a global growth engine. Dunn explores whether Ramaphoria has evaporated or whether we were all just overly relieved when Jacob Zuma finally disappeared from the President’s office. – Jackie Cameron

Is Our Hope Justified or Misplaced?

The election of Cyril Ramaphosa as President of the country earlier in the year ushered in an era of positivity and hope. The Rand strengthened along with domestic counters and bonds; South Africa stood on the cusp of a new dawn. Barely six months later and the euphoria has given way to gloom; the economy is in a technical recession, the Rand has fallen sharply, as have domestic bonds. This begs the question: was the hype justified, or was it a case of hope and/or relief and “anything would be better than the decade preceding Ramaphosa’s ascendency to the Presidency.”

In looking to answer the question posed, it is worth applying a technique Charlie Munger is a big advocate of, that being inversion; or reasoning backwards. I am going to use a slide from a paper Richard Zeckhauser wrote to illustrate what this means.

“Most people if you describe a train of events to them; will tell you what the result would be. They can put those events together in their minds, and argue from them that something will come to pass. There are few people, however, who if you told them a result, would be able to evolve from their own inner consciousness what the steps were that led up to that result. This power is what I mean when I talk of reasoning backwards, or analytically.”

From A study in Scarlett: Conan Doyle’s Sherlock Holmes

One thing is not open for debate; the outcome; South Africa has underperformed the world since 1994; markedly since 2009; see Figure 1.

In working backwards, (inverting), could we have foreseen a poor outcome, thus answering the question posed; was the rally based on nothing more than hope?

I posit we put the cart before the horse two decades ago, and in so doing have created a stiff headwind for ourselves. We are attempting to transform the country from a position of weakness, rather than strength. The most important thing to have done in 1994 was uplift the standard of education to world class levels for all South Africans, something the previous regime failed abysmally to do. Instead we elected to get the sequencing wrong, we promoted people beyond their natural level of competence in the name of transformation, and to better reflect the demographics of the country. Post 2009, the basis and calibre of appointments became even more questionable in some cases. State capture and corruption aside, it is little wonder most SOEs (State Owned Enterprises) have become dysfunctional bodies absorbing large amounts of taxpayer money that could have been put to more productive use to uplift the impoverished and maintain infrastructure.

One cannot apportion blame to many of those appointed to senior positions, most were the victims of an appalling education system under the previous regime; something the ANC have done nothing to remedy. An article carried by The Economist from a report ranking global education systems published by the OECD in 2015, placed South Africa 75th out of 76, with Mathematics and Science being particularly weak.

One can use a simple analogy to illustrate the point; would anyone sane expect someone with no flying experience to land a sophisticated Boeing? The simple answer is no. Why then would anyone foresee a different outcome when appointing people with similar credentials or marginally better to complex businesses like Eskom, to name but one?

Unfortunately the ANC losing its moral compass has now become endemic to much of South Africa, and been a contributing factor in the country underperforming. At the State level it has cost the country untold billions through corruption and nepotism. The private sector has not been spared the blushes. Losses have been incurred as some have drunk from the cup of greed and questionable morals; their justification, if any, being “what is good for the goose is good for the gander.”

To answer the question: I believe the rally earlier this year was one of hope/and or relief. In reality the ANC and our President have some soul searching to do, in putting the cart before the horse, we are forcing through transformation of the economy from a position of weakness, unsurprisingly we are getting a poor outcome. Had we educated our people to world class levels, transformation would have happened naturally, albeit at a slower pace initially – but most importantly, from a position of strength.

Government have failed South Africans in much the same way the previous regime did; they have denied the majority a good education, the bedrock of a prosperous society for all – not a small elite, as was the case pre 1994. Alas, post 1994 has been no different, the only change being to the cast.

Rather than being a huge tailwind, the demographics of the country have now become a millstone. Around half the population are under the age of 25; asking them to be patient while the wrongs of the past are righted, is a big ask and will take some delicate handling without resorting to populous “solutions.” The current emerging market landscape offers a stark warning to what happens when poor economic and social policies are followed.

One could weave more into this, so doing would probably denigrate the fundamental principle binding South Africa with a less than optimum outcome; a haste to redress the sins of Apartheid, understandable as it is, without a concomitant commitment to put in place the building blocks to ensure all South Africans have the tools to contribute meaningfully to society – be it through a world class classical education or trade. Embracing mediocrity has never produced a winning nation.

I will leave you with three pertinent quotes:

“Education is the most powerful weapon which you can use to change the world.”

“The whole is greater than the sum of the parts”

“Be humble to see your mistakes, courageous to admit them, and wise enough to correct them.”