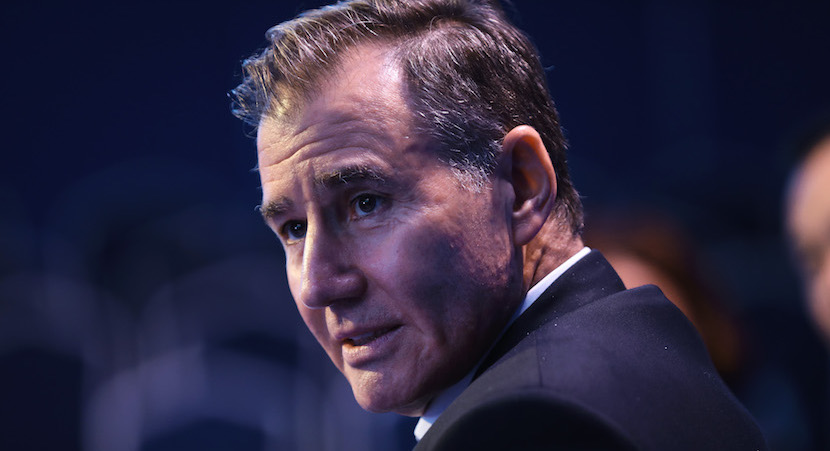 JOHANNESBURG — A Glencore without Ivan Glasenberg may be hard to fathom, but the South African-born CEO is eyeing stepping down in 3-5 years, according to investors. Interestingly, he’s apparently starting to already groom a successor or several of them. Glasenberg has been a key figure in Glencore’s rise, but perhaps he’s seen that it’s better to step aside when the going is still good. – Gareth van Zyl

(Bloomberg) – Ivan Glasenberg, who built Glencore Plc into a dominant force in commodities trading and became the face of the industry, told investors he plans to retire in three to five years, according to people familiar with the matter.

Glasenberg discussed his succession plan in recent meetings and said he has started training three to four front runners as the next chief executive officer, said the people, who asked not to be identified because the conversations were private. Glasenberg, who turns 62 in January, anticipates retiring between the ages of 65 and 67, and believes the next leader should come from a younger generation, the people said. A spokesman for Glencore declined to comment.

The comments put a timeline on the chief executive’s exit for the first time and force investors to consider what had long seemed unthinkable: a Glencore without Glasenberg. The brash, workaholic South African started his career at Glencore more than three decades ago, and has held the top job since 2002. But Glasenberg’s age and the announcement earlier this year of a US investigation into Glencore’s dealings in the Democratic Republic of Congo have spurred questions on succession planning from investors and analysts.

Jefferies LLC analysts said in a note dated Oct. 15 that it was “a common question from investors” whether the probe by the US Department of Justice would lead to management changes.

In the past, Glasenberg said he’d stay until being pushed out by a younger, hungrier trader in Glencore’s dog-eat-dog culture. In 2013, he told Bloomberg News there were no talks about succession.

“There’s a good set of guys underneath me,” Glasenberg said at the time. “I think any one of them could take over at some stage in the future. I’ve always said I am staying around as long as they want me there and none of them want my job. So right now I’m here, so I ain’t going anywhere.”

In recent investor meetings, Glasenberg didn’t disclose the shortlist of candidates, according to people with knowledge of the discussions. But he said that whoever takes over should be younger than the top executives who took the company public in 2011.

That points to a generational shift from Glasenberg’s most senior lieutenants at Glencore, such as Telis Mistakidis, head of copper trading, Daniel Mate, head of lead and zinc trading, Tor Peterson, head of coal trading, and Alex Beard, head of oil.

“There’s no obvious name outside the old guard,” said Ben Davis, an analyst at Liberum Capital Markets. “The next rank down are totally invisible to us.”

Still, some industry observers see Glasenberg’s comments as designed to placate investors concerned about the lack of obvious succession planning. There is doubt the executive will leave any time soon.

“I can see a Glencore without Ivan, but I don’t expect that within a four-year time frame,” said Davis.

Even so, a generational shift is already underway. Stuart Cutler, who has run ferroalloys trading since 2005, is due to retire at the end of this year. Mistakidis, the head of copper trading, is under pressure amid investigations into Glencore’s copper business in Congo.

The trading house has only changed leaders twice in its 44-year history. In 1994, founder Marc Rich was pushed out after a failed attempt to corner the zinc market and Glasenberg took over from Willy Strothotte in 2002.

The eventual leadership change also presents another risk. Glasenberg and the next half-dozen most senior employees own about 20 percent of Glencore’s shares, according to a Bloomberg estimate based on the company’s most recent disclosures.

In the recent investor meetings, Glasenberg said he won’t sell his shares after retiring, the people said. He’s the company’s second-largest shareholder with a 8.6 percent stake that’s worth $5 billion.