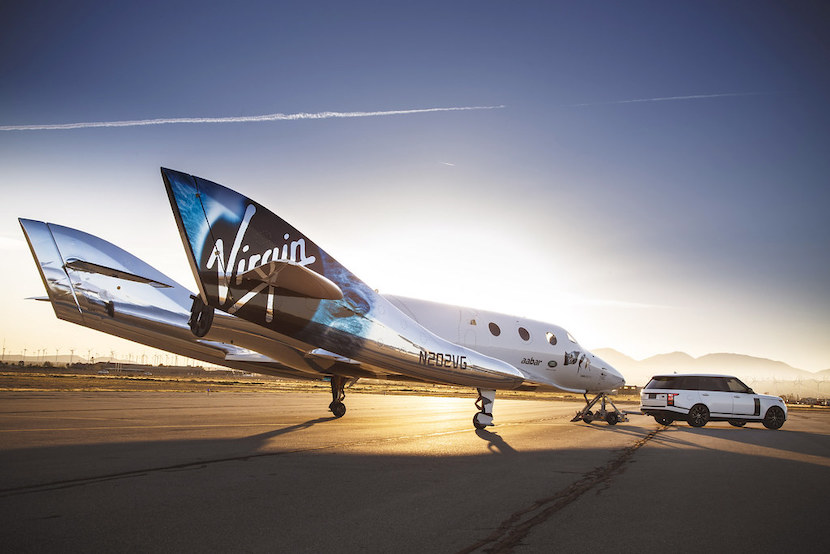 If there’s one lesson I took from reading Richard Branson’s autobiography Losing my Virginity, is that no matter what, don’t let anything get in the way of your dream. He’s an entrepreneur that’s been through it all, the high-highs, and those low-lows. And one of his most recent ventures into space-tourism is another case in point. Branson’s first start date prediction for such flights was in 2007. But a fatal explosion in the same year, and a test flight crash in October 2014, are some of the challenges that have delayed his dream. And the space race is a competitive one as Branson finds himself up against Amazon’s Jeff Bezos and Tesla’s Elon Musk. Branson said in December that he expected to make his first flight some time this year, followed by commercial clients. The extra $800m raised should push that process along but it doesn’t look like it’ll be a one-horse race. And we are into July already… – Stuart Lowman

By Christopher Jasper and Angus Whitley

Social Capital Hedosophia will have a 49% stake in the combined business, according to a statement Tuesday. That will raise about $800m for Virgin Galactic as it nears its first commercial flight, a spokesman for the space company said.

By merging with a listed entity, Virgin will bypass the need for an initial public offering, avoiding a costly investor roadshow and the challenge of selling shares in a company whose plans were put on hold for four years in 2014 after a space-plane broke up mid-flight, killing one pilot and injuring another.

Branson said Virgin Galactic has made “great progress” in its test-flight program and is on track to begin commercial services, allowing it to “open space to more investors and thousands of new astronauts.”

Social Capital Hedosophia has until September to use a pile of cash raised in 2017 or return it to investors. Its founder, Sri Lanka-born billionaire Chamath Palihapitiya, will also contribute $100 million to the venture and become its chairman.

The share sale will help fund Virgin Galactic until its spaceships can operate and generate a profit. More than $1bn has been raised since the company was founded in 2004, initially from Branson, with an Abu Dhabi investment company taking a stake in 2010. The entrepreneur suspended talks on a $1bn injection from Saudi Arabia last October following the murder of journalist Jamal Khashoggi.

Branson is one of several billionaires, including Amazon.com Inc. founder Jeff Bezos and Tesla Inc.’s Elon Musk, who are racing to send customers into space.

Virgin Galactic already has about 700 customers ready to pay at least $250,000 for a 90-minute flight to the edge of space, allowing them to experience weightlessness and see the curvature of the Earth. Branson said in December that he expected to make his first flight some time in 2019, followed by commercial clients.

The founder of Virgin Atlantic Airways and businesses spanning banking to gyms said in May that Virgin Galactic’s development and testing program had advanced sufficiently to move its space vehicles and 100 staff to its Spaceport America operational base in New Mexico from a California test centre.

The complex is close to completion with a hangar, offices, fuel farm, warehouse and antenna for telemetry and communications. A carrier aircraft and the spaceship VSS Unity – which replaced the VSS Enterprise destroyed in 2014 – will be moved there over the summer for final test flights before the start of full commercial services for passengers and research payloads.