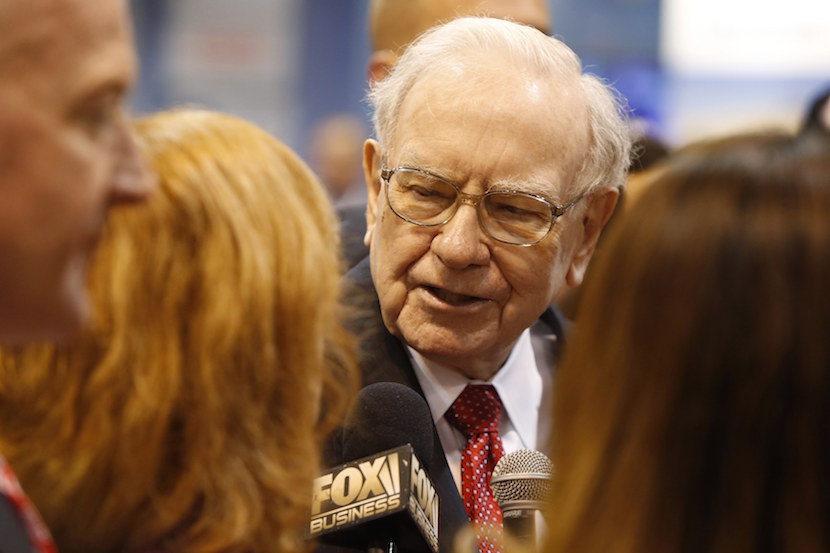 Warren Buffett is probably the world’s most closely watched investor. Many asset managers seek to emulate his moves. This is unsurprising when you consider his impressive track-record of generating returns above the US stock market averages for six decades. So, when the Sage of Omaha looks like he is throwing a favourite measurement tool out of his analysis kit, it is inevitable that serious investors will pay close attention. For some, Buffett recently implied that book value is an obsolete metric. Not so fast, says financial journalist Ruan Jooste, who has dissected the details in this fascinating analysis of why Buffett has had a rethink on the place of book value in stock analysis. This article is republished on Biznews with the kind permission of Daily Maverick, where it first appeared. – Jackie Cameron

Buffet’s death-knell on book value: More to it than meets the eye

For more than 50 years, Berkshire Hathaway chairman Warren Buffett was perhaps known as the “book value’s” biggest fan. He followed the Benjamin Graham school of value investing, so he did not only grow up with the mindset – it was in his blood.

Buffett over the years identified shares unjustifiably priced below their book value (intrinsic worth) by his market peers and trusted that the market would eventually begin to favour these quality stocks over the longer term, which they did.

Coca-Cola is a case in point. The beverage company is Berkshire’s third-largest holding, more than 30 years after it first joined the portfolio, and has grown nearly 16 times over the ensuing years when accounting for dividends.

Buffett has never been concerned with the supply and demand intricacies of the stock market. Paraphrasing his quote:

“In the short term, the market is a voting machine; in the long term it is a weighing machine.” 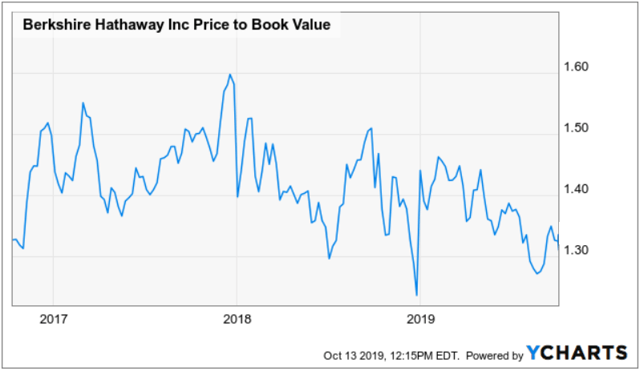 Longtime readers of his annual shareholder letter would have noticed a significant change in the Oracle of Omaha’s tune in 2019. For almost three decades, the initial paragraph featured the percentage change in Berkshire’s per-share book value, but in March he wrote:

“It’s now time to abandon that practice,” he said, “that the annual change in Berkshire’s book value – which makes its farewell appearance on page 2 – is a metric that has lost the relevance it once had.”

Does this mean the value investing mantra, which Buffett groupies followed religiously over many years, is no longer relevant? Has book value as a metric for valuing listed companies become simply a bookkeeping entry exercise?

And for Berkshire, the investment universe has evolved from being simply entrenched in just low price-to-book investments. The Group’s minority buy-ins into Big Tech stocks like Apple and Amazon has almost everything to do with it – a sector Buffett was quite averse to in the past.

Berkshire upped its stake in e-commerce giant Amazon by 11%, the Nebraska-based holding company revealed in a Securities and Exchange Commission (SEC) filing in August for the second quarter. Berkshire now owns 537,300 shares of Amazon, worth $947m.

“Never invest in a business you cannot understand.”

“Risk comes from not knowing what you’re doing,” everyone remembers Buffett saying after the dot com bubble burst in 2000.

Verster says that Berkshire has gradually morphed from a company whose assets were once concentrated in majority-held operating subsidiaries, which according to accounting rules would have been consolidated on a line-for-line basis, reflecting look-through book value on the group’s balance sheet, into more of an investment holding company, due to the large build-up of marketable securities on the group’s balance sheet, which does not reflect look-through book value.

Secondly, while book value accurately reflects the fair value of tangible assets such as cash, it fails to capture the full value of intangible assets like brand value or intellectual property, says Verster, which are usually underrepresented on a balance sheet. This can become a significant distortion of book value in the traditional sense of the word, increasingly so in a digitised and service-orientated world, where valuation is not solely based on tangible assets such as factories, machinery and real estate.

A third point, Verster says, is that it is likely that – over time – Berkshire will be a significant repurchaser of its own shares, transactions that will take place at prices above book value but below the estimate of intrinsic value. The math of such purchases is simple: Each transaction makes per-share intrinsic value go up, while per-share book value goes down.

That combination causes the book-value scorecard to become increasingly out of touch with economic reality due to share repurchases.

After promising comments at the Berkshire annual meeting in May, Berkshire only repurchased $442m in shares during Q2, down from the $1.7bn they repurchased in Q1. Importantly, though, these repurchases occurred above Berkshire’s book value.

It can’t be overstated just how big a shift this is from Buffett and his longtime partner, Charlie Munger, and what it means for the time-honoured tradition of value investing.

“For Warren Buffett to abandon value investing feels like the Pope renouncing his faith: an act so grand it is large enough to cause a crisis of faith in even the most committed of devotees,” writes the Financial Times.

But this is not about book value losing its relevance, but perhaps just an evolution of an investment style.

Verster says there is still much value in the use of the justified price-to-book multiple where the ratio is based on the Gordon Growth Model. It uses the sustainable growth rate of the company and the observation that expected earnings per share equals book value times the return on equity.

It is rather technical, but the point is don’t write book value off just yet. The valuation model is subject to risks and volatility of inputs just like any other, and calculating intrinsic value this way may not be a guaranteed way of mitigating all losses to a portfolio, but it does provide a clearer indication of a company’s fair value, which is vital when picking stocks you intend on holding for the long-term. BM