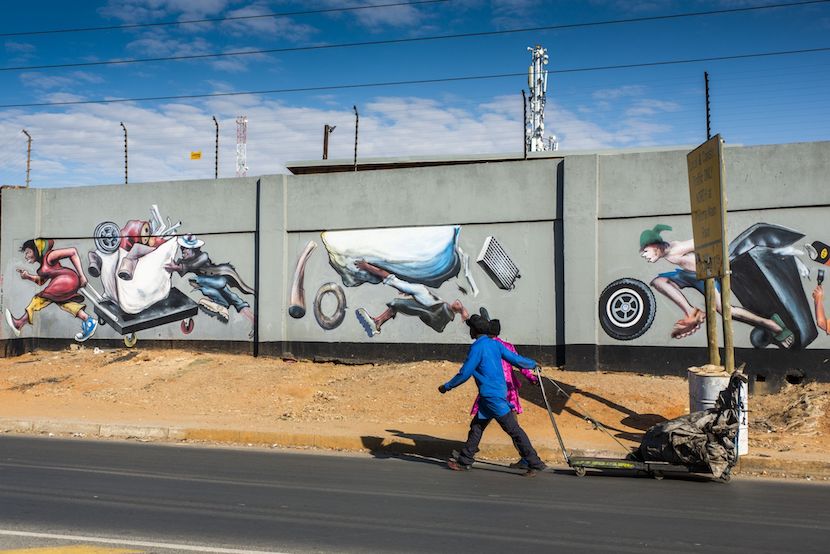 In a sombre assessment of how two ratings downgrades will impact on South African citizens, the National Treasury has warned that this will feel like the smack from Covid-19 shutdowns. Businesses will take more strain, putting them under pressure to shed jobs. ‘Operational costs together with borrowing costs are expected to increase, supporting the motive to pass through the costs to consumers or further laying off workers,’ it says. You can read the full statement from the government by scrolling to the end of the article. – Jackie Cameron

By Hari Govind and Rene Vollgraaff

“The key driver behind the rating downgrade to Ba2 is the further expected weakening in South Africa’s fiscal strength over the medium term,” Moody’s said in a statement. Fitch said in a separate release that “the pandemic has severely hit South Africa’s economic growth performance, and GDP is expected to remain below 2019 levels even in 2022.”

Only five of 23 economists surveyed by Bloomberg predicted Moody’s to cut the rating.

The coronavirus pandemic exacerbated the deterioration of South Africa’s government finances because it weighed on revenue collection, raised the cost of borrowing and pushed the economy into its longest recession in almost three decades.

Finance Minister Tito Mboweni’s medium-term budget last month showed plans to pare the government salary bill, which has surged 51% since 2008, as part of an effort to start bringing the government debt trajectory down after 2026.

The proposed wage freeze risks a backlash from politically influential labor groups that are already in a legal battle with the government to honor an agreed pay deal. If state salaries can’t be cut, there’s limited room for offsetting measures in other expenditure areas.

“A recovery is on the way as the lockdown was gradually eased during the third quarter and we expect GDP will contract by 7.3% in 2020,” Fitch said. South Africa’s government debt affordability, measured as the portion of revenue needed to cover interest payments, will deteriorate to 25% in the medium term, according to Moody’s.

S&P on Friday kept its assessment of South Africa’s foreign-currency debt three levels below investment grade, with a stable outlook.

The agency maintained a stable outlook. According to S&P, lockdowns associated with combating the Covid-19 pandemic plunged South Africa into its sharpest quarterly economic contraction in the second quarter of 2020, leading to a large widening of the fiscal deficit and rapidly rising government debt. Nevertheless, there are indications that the economy is beginning to rebound in the third quarter.

According to Fitch, both the downgrade and negative outlook reflect high and rising government debt exacerbated by the economic shock triggered by the Covid-19 pandemic. Further, the very low trend growth and exceptionally high inequality will continue to complicate fiscal consolidation efforts.

According to Moody’s, the downgrade reflects the impact of the pandemic shock, both directly on the debt burden and indirectly by intensifying the country’s economic challenges and the social obstacles to reforms. Furthermore, South Africa’s capacity to mitigate the shock over the medium term is lower than that of many sovereigns given significant fiscal, economic and social constraints and rising borrowing costs.

“The decision by Fitch and Moody’s to downgrade the country further is a painful one. The downgrade will not only have immediate implications for our borrowing costs, it will also constrain our fiscal framework. There is, therefore, an urgent need for government and its social partners to work together to ensure that we keep the sanctity of the fiscal framework and implement much-needed structural economic reforms to avoid further harm to our sovereign rating,” Minister of Finance, Mr Tito Mboweni, said.

Rating agencies have indicated that South Africa’s rating strengths include a credible central bank, a flexible exchange rate, an actively traded currency, and deep capital markets, which should help counterbalance low economic growth and fiscal pressures. Government implores on all members of society to adhere to all the necessary health and safety protocols to avoid a second wave of COVID-19 infections which would have significant adverse implications for the economy and plans to boost employment.

Sub-investment grade ratings: implications – what does it mean for the average South African?

Financial strain to the government caused by the pandemic, weak economic growth, high wage bill as well as continuous support to the financially weak State-owned Companies have weakened public finances and led to government accumulating debt.

Currently, government has accumulated debt stock of nearly R4 trillion and spends approximately R226 billion on interest costs. If the cost of borrowing money for government increases, it means that government will have to either cut back on social spending or tax more the few people that are employed, which is bad for the country.

Further downgrades will extend the impact of lockdown restrictions. These restrictions led to many workers being laid off from work since companies were temporarily closing doors and cutting back on operational costs. Without any disposable income and increasing costs of goods, it will be difficult to maintain the standard of living.

Continuous rating downgrades will translate to unaffordable debt costs, deteriorating asset values (such as retirement, other savings and property) and reduction in disposable income for many. Rating downgrades associated with Covid-19 have also resulted in many small businesses closing down and laying off a number of workers.

Operational costs together with borrowing costs are expected to increase, supporting the motive to pass through the costs to consumers or further laying off workers. The recent rating outcomes mean that South Africa needs to fast track growth-enhancing strategies in order to rectify the accumulation of debt and minimize the costs associated with negative sentiments.

Operation Vulindlela is a key initiative in this regard and demonstrates Government’s commitment to fast-tracking the implementation of critical reforms that raise economic growth and improve fiscal sustainability.