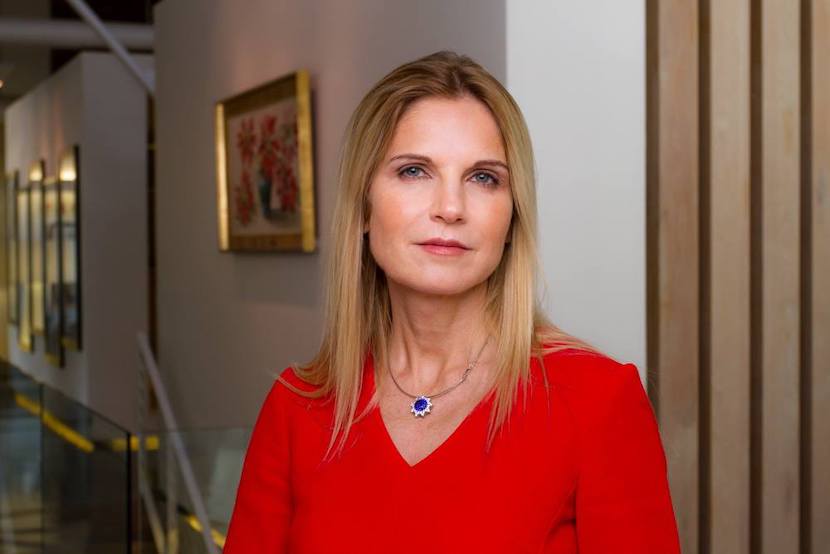 Magda Wierzycka joined the BizNews Power Hour, with the Sygnia founder revealing that she is going head-to-head with ARK’s Cathie Wood – by globally launching themed-ETFs that target identical investors.

The Sygnia Industrial Revolution fund tracks the Disruptive Innovation Index, which really invests in sectors such as electrical vehicles, autonomous tech, genomics – all these kind of futuristic trends. All of those companies – the fund itself holds over 380 different companies – so it’s a very well diversified fund. No single holding exceeds, I think, 3% of the fund. It had a very strong run last year. It returned over 80% and that’s in dollar terms.

What we have seen this year, in January we still had a bit of a market upside and then since [the] end of January through February and March and going on, we have seen equity markets retreat. That retreat has been largely a function of fear of inflation, a resurgence of Covid, shortage of vaccines worldwide – all these kind of big picture macro factors. In that retreat, the technology stocks, in particular, have been hurt harder than some of the other belt weather type companies and certainly harder than commodity stocks – which have actually benefited.

Consequently, that is what you have seen in the performance of the Sygnia Fourth Industrial revolution find. I think the reality is twofold. One is, whenever you’ve had such an exuberance in a sector, you must expect some trending downwards. You have to expect that some of the froth will come off. When one actually looks at the underlying approach of the fund and what it invests in, it’s still the fund that I would put most of my money into.

On taking on ARK in the international markets:

My next plan – let’s see how it works out – is to actually take on ARK in the international markets, by doing what they do, semantic investing in futuristic trends. Disruptive technologies, but on a passive basis. The ARK Innovation ETF is very similar, in terms of philosophy and objectives, to the Sygnia Fourth Industrial Revolution fund. However, it only has 58 shares, and you might not surprise you to know that the top three shares in that ETF constitute over 20% of the portfolio.

Her largest holdings is Tesla, which is almost 11% of the fund. When you look at such a concentrated, active positioning in few counters, you can literally see the tail wagging the dog because it’s an unbalanced portfolio. The approach that Cathie Wood has taken is to manage this kind of disruptive innovation scene on an active basis, whereas I believe that a much more sensible approach to investing – and I do believe that everyone should, as part of a balanced portfolio, invest in the future.

Also, [invest] into companies that are not the sunset industries, rather the sunrise industries. But one needs to do that in a very diversified manner, which is what Sygnia Fourth Industrial Revolution can achieve. When you start taking very large bets on individual companies in that disruptive space, you are bound to run into trouble and experience much greater volatility of returns than well-diversified portfolio.

On whether it’s a good time to buy into Cathie Woods fund:

I think she will make a comeback. I’ve got no doubt about it. But I think it will be a very volatile ride. I think you will have 20% up, 20% down, maybe 15% up, 25% down. At the end of the day, you really are placing a reliance on fewer shares in that portfolio. The fact that there are 58 shares is largely irrelevant because anything below 30 is less than 1% of the portfolio.

Many of the other positions are in this saying this 1.2%-1.3% range, so immaterial to the actual performance of the fund. You really have to look at her top ten holdings where most of the fund is positioned – and Coinbase is as part of it. So is Spotify and Zoom. But the biggest position, really, is Tesla. If you believe that those are the companies of the future and will recover from where she’s dropped, then yes. But just know what you’re investing in – you’re investing in those 10 companies. You’re not investing in a well-diversified portfolio.

On the Sygnia Emerging Market fund:

Consequently, the exposure that you buy is a very diversified exposure as opposed to just the South African specific exposure which, frankly, if you look at the JSE is all about commodities these days. Our view is that, again, in a well-balanced portfolio, if you want diversification, it’s not enough to buy MSCI World Index – because if you look at the composition of the MSCI World Index, US is, I think, 40% of that index.

You really are buying, kind of, half of US and then the rest of the world is on the fringes. A much better way of structuring your portfolio is to look at developed markets – or, in fact, geographical locations as far as developed markets are concerned. I would certainly overweigh China and the US relative to some of the others relative to Europe. Then you look at emerging markets and you certainly should have a higher allocation to emerging markets than what you can achieve through a broadly diversified MSCI World Index benchmarked fund. Hence, we do believe that we need to start launching more building blocks by investors. So Emerging Markets Fund is one. China Fund is coming next. Then we will look at some of the thematic Fourth Industrial Revolution type ETFs as well.