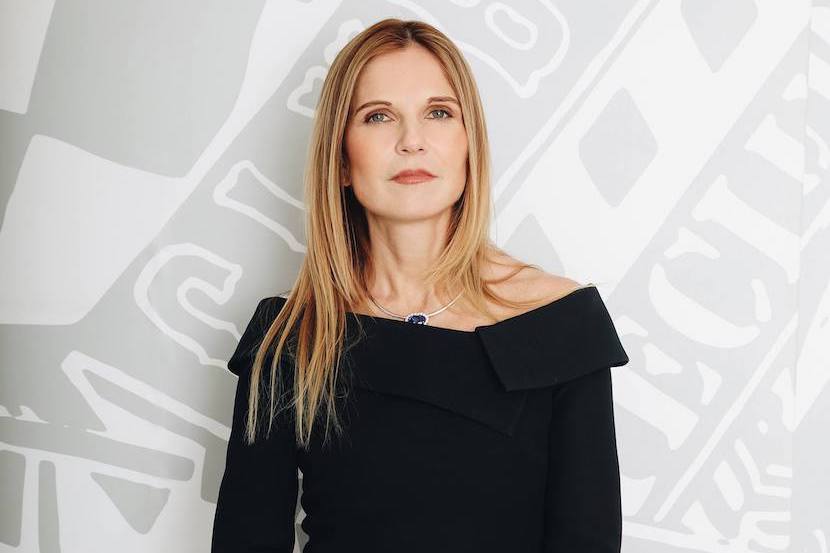 Magda Wierzycka, founder of Sygnia Asset Management has stepped down from her position as co-CEO and leaves David Hufton at the helm. Her voice will still be heard in the industry though, and she says the move makes room for innovation, creative thinking and her entrepreneurial spirit. Magda tells Alec Hogg, David Shapiro and Justin Rowe-Roberts about how she came to the decision and what her plans are for the future. – Melani Nathan

On the move out of Sygnia, but not away from it

Key words, a step away, and it’s important to differentiate [between what]  I’m going to remain involved in and what I’m stepping away from. I am an entrepreneur. My entire career has involved building up asset management companies. And when I go back to when I was twenty five and I started at Coronation, I was employee number 14… Then I was CEO of African Harvest, then I started Sygnia.  So if I look at my career it’s been 25 years of exactly the same job description being a CEO of an asset management company, and that really is a lifetime. So it’s important in life to recognise what you are passionate about and what you don’t enjoy doing. And I’m absolutely passionate about strategy, about innovation, about bringing new ideas to South Africa, be it via the market, or via Sygnia.

On letting go of things one doesn’t enjoy in business

I will remain completely involved in the development of the strategic direction of the company in product innovation. And I hope to remain the brand ambassador for Sygnia. But what I have let go of is operational management of the business, and that is the stuff that I’m not good at and I don’t enjoy. And it’s important to know.  About five years ago, I read a very interesting article in the Harvard Business Review which talked to what is the greatest impediment to growth of companies founded by families and I founded Sygnia with my husband Simon. And the one factor that was identified was the fact that the same founders didn’t know when to let go and when to introduce professional executive management into the business.

I do hope that Sygnia can stand on its own and the fact that the share price has not dropped today with the announcement, which is great, tells me that Sygnia stands apart from me, which is very important…I hope that I’ve got sufficient platform in my own right to continue to represent the ideas that I stand for. Obviously I will promote Sygnia wherever I go because I am a majority shareholder. I have absolutely no intention of selling any of my shares because I actually think this journey has only just begun.

On  a decade of succession planning and David Hufton

I’ve known David since Alexander Forbes days, so we are talking twenty five years as well.  I spent about a year at Alexander Forbes in my very, very early youth and about 10 years ago I identified David as the person that I would like to succeed me at Sygnia. It took me about five years to persuade him to join Sygnia and move away from Alexander Forbes.  I promoted him to being deputy CEO in 2018 and then to Co- CEO in April 2020. So this has been part of a very long term strategic plan and succession plan on my part…

On recognising one’s own strengths and weaknesses in business:

because I have long ago recognised that, you know, my greatest skill set is in innovation. In coming up with an idea a minute. It is not in your hands on day to day management of a large company. Sygnia today is a large company and it deserves that kind of rigorous management as opposed to someone like me who is much more of a dreamer and a visionary. And some of those visions should not be implemented.

We are both [ an active and] a passive manager as well. as you know, we have always applied a couple of pillars to our thinking and to our strategy. It’s not only tracking indices at a low cost, but it’s also using active tactical asset allocation decisions to generate outperformance in multi-asset class portfolios such as Sygnia Skeleton Funds. Those funds have performed incredibly well relative to peers such as Coronation and Allan Gray.

On a new approach to investing; ‘Semantic’ Investing:

But we also, in the last five years have morphed into what I call Semantic investing,  a good representation of that was our first pioneer fund, the Sygnia Fourth Industrial Revolution Global Equity Fund, which invests in all of these disruptive innovators and technology companies out there and different disruptive trends which are effectively shaping the future. So anything from renewable energy, electrical vehicles, genomics and so on.

On passion and vision in Sygnia:

We are very passionate and have become even more passionate as I have travelled more and been exposed to more, I have become even more convinced that the future of investing actually lies in that semantic type of investing, and that you’ve got to have that vision to look forward and invest in technologies which are taking over the world. And that is what initially brought to Sygnia five years ago, and that is how Sygnia intends to kind of shape its investment future if that makes sense.

On remaining a force within Sygnia and a voice in the industry:

I mean, what people are missing is really that, you know, as a founder, as a majority shareholder of Sygnia and Sygnia’s my baby and it will remain my baby forever and I will be involved in the strategic direction of that company forever. And so I’m really not going anywhere. I also don’t intend to sit quietly on the sidelines. So you will not lose my voice.

On making time for innovation and bringing venture capital into South Africa:

I’m just building in a bit more flexibility into my time so that I don’t have to sit in the office. I know it’s a strange concept in the age of the pandemic, but I can travel the world, I can innovate more. I can bring those ideas back to South Africa. I’ve gotten involved in the past couple of years in venture capital investing. I think that is something we sorely lack in South Africa. We don’t lack the entrepreneurs. We don’t lack the ideas. But I think we lack capital and we lack the skills. So I’m hoping to to potentially bring venture capital investing to South Africa. So I’ve got big plans and you know, I’m not going to be quiet. I promise you.

On knowing when to let go of your company:

On freeing herself of the corporate grind:

In the last two years, I set up a venture capital business with a partner in London called Bravos. And through that, as I said, I’ve been exposed to venture capital investing. I think it’s incredible what can be achieved by people, with a passion, with vision. And I would like to see more of it in South Africa because we don’t have venture capital in South Africa.  I want to get involved in potentially looking for opportunities for Sygnia internationally, but in a free space, without having the expectation that I will deliver tomorrow or at the next board meeting. So I’ve just bought myself freedom.

On living at the bleeding edge in New York:

You will continue hopefully hearing more interesting things from me because of the exposure that I’ll have, the flexibility I’m getting.  I intend to spend a couple of months, something I’ve never done before… spend a couple of months living. I mean, living is a strong word staying in New York, because I would like to get more exposure. You know, I’ve spent a bit of time in London last year and London is interesting, but it’s not bleeding edge. New York is bleeding edge. So I want to spend some time there getting involved in the business community, picking up ideas, bringing them back to South Africa. So trust me, you will continue seeing my face and hear my voice.

On the Political wrangling around the AstraZeneca vaccine:

AstraZeneca is a highly effective vaccine and AstraZeneca has unfortunately gotten caught up in the political blame game. And the political blame game is largely happening in Europe. Countries such as UK, US had the foresight to prefund development of these covid-19 vaccines such as AstraZeneca and then pre-order hundreds of millions of doses for their population. European Union, not dissimilar to South Africa, has done nothing and has nothing. So as a consequence of the fact that politically they are coming under a lot more pressure than in South Africa. In South Africa, we have a young population. As you know, our statistics have not been as bad as they have been anywhere else. But in Europe, they have an old population and the numbers are looking a lot more scary. There’s a lot more political pressure and hence the fight that has started.

On cutting through the noise around the AstraZeneca vaccine:

First, it’s involved somehow discrediting the AstraZeneca vaccine, and that is by people who don’t have any access to AstraZeneca vaccine, from that, to within days reversed into threats of stopping exports of any AstraZeneca vaccines that are being manufactured in Europe back to the UK and to other countries because Europe has no vaccines. So you need to take away all this kind of noise and look at the substance of the vaccine.  AstraZeneca is a highly effective vaccine against the covid-19 strain.

On the lack of credible clinical trials for the vaccine in South Africa:

There was a teeny tiny trial that was run on AstraZeneca involving two thousand people, healthy adults, thirty years old for a very different reason, not to test effectiveness of AstraZeneca against the South African strain. Somehow that trial got interpreted as a definitive proof that AstraZeneca vaccine does not work against the South African strain. The professor who ran the trial, in fact, came out subsequently and said he’s mortified -to quote- that his study has been misrepresented in such a manner.

So undoubtedly the South African strain of the virus is different and hence the efficacy, efficiency of these vaccines. All the vaccines, not only AstraZeneca, Johnson and Johnson, Pfizer, Moderna is lower and less effective at the moment until such time as the formulas have been adjusted to capture broader variations of the virus.

On the govenment’s decision to reject the AstraZeneca vaccine:

I completely disagree with the fact that two things happened: We were on the cusp of securing a supply of 100 million doses of AstraZeneca vaccine for South Africa. We withdrew from those negotiations and we gave up one and a half million doses that we actually had. I think it was extremely foolish to do both. I would have secured the AstraZeneca vaccines and we would have had, you know, at least that in our arsenal.