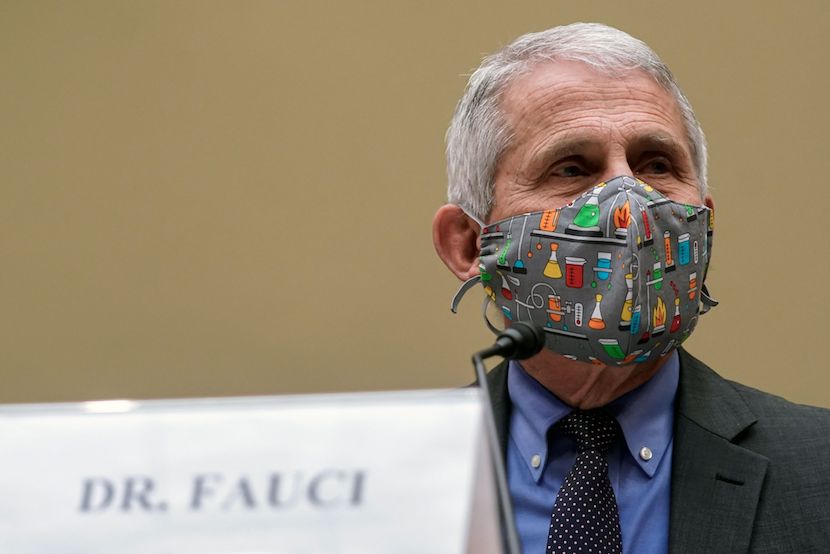 Ever since the coronavirus pandemic hit the world, outspoken South African cartoonist Jeremy Nell has mercilessly poked fun (and more) at the official narrative. Questioning the message that Covid-19 was an existential threat to mankind, and officialdom’s not-negotiable line that the virus had passed from bats to humans via a Wuhan wet market. Nell’s obsession to uncover the truth morphed into an all-out campaign on his Jerm Warfare website that included regular video interviews and podcasts with other sceptics from all around the world. Because of its challenge to the popular message, Nell’s work was “deplatformed” from YouTube and he was widely criticised by the woke voices that dominate social media. His perspectives, written off by many as the rantings of a conspiracy theorist, are suddenly assuming credibility after an about turn on the virus’s origins at the Biden White House, followed by a humiliating climbdown by Facebook. Now Jerm is emerging as perhaps one of the few sane voices in the asylum after the forced disclosure of 3,200 emails written by and to Dr Anthony Fauci, the face of the official coronavirus message. If every dog has their day, Jerm seems set for a long weekend. Here’s his take on the now public Fauci emails, among them one from the advisor to the US president’s SA equivalent, Dr Glenda Gray. – Alec Hogg

Now I understand what you tried to say to me,
And how you suffered for your sanity, and how you tried to set them free,
They would not listen – they did not know how,
Perhaps they’ll listen now.

Yesterday was a huge day in the history of this “pandemic“.

Fauci is a liar

Around 3200 emails were (legally) obtained and released to the public, and they were conversations between (mostly) Anthony Fauci and others linked to him. And they’re pretty damning.

So damning, in fact, that the White House has gone into damage control mode.

And his upcoming book release has been halted globally.

So, what’s going on?

I have uploaded all 3200-odd emails as a single PDF. You’re welcome to download it here.

In short, a lot of the “conspiracy theories” that my podcast guests have said over the last year, are turning out to be true. As a result, I have received countless emails and messages from people insulting me and calling me names like “tinfoil hat nutjob” and whatever else. I even have emails telling me to seek psychological help, as well as emails saying that I’m causing harm by spreading lies.

I shouldn’t say it, but I told you so

I’ve not read all the emails yet, but here are some interesting finds.

Here we see a discussion, from 11 March 2020, in which they explain how the virus was created in Wuhan lab.

And in this email from February 2020, Fauci states that asymptomatic people can’t spread the virus, which is what my guests (and I) have been saying from the start.

In other words, masks are useless. (Which we’ve known all along.)

Here’s an email from April 2020 in which they acknowledge that children don’t need masks and are fairly immune to inflammatory  responses supposedly caused by SARS-CoV-2.

See the name circled below?

She turned down an invitation to appear on my podcast towards the end of last year. Well, actually, she first agreed, but declined a day later.

Glenda Gray is one of the advisors to the South African government (Cyril Ramaphosa).

Oh, and remember when Donald Trump recommended HCQ? The mainstream media tried to destroy him for saying that.

As it turns out, he was right.

Many independent journalists who were silenced and censored by Twitter and Facebook and other mainstream media outlets, are now coming out on top.

Will they listen now?

The Covid cultists will stick their fingers in their ears and pretend they can’t hear anything. They will still choose to trust the mainstream media and the government.

It doesn’t matter though, because the truth is coming out (as some of us knew it would) and will be part of the upcoming class action lawsuits being prepared in Germany by Reiner Fuellmich and his team of hundreds of lawyers and scientists.

But it is a slow process and could take years to (hopefully) put them behind bars.