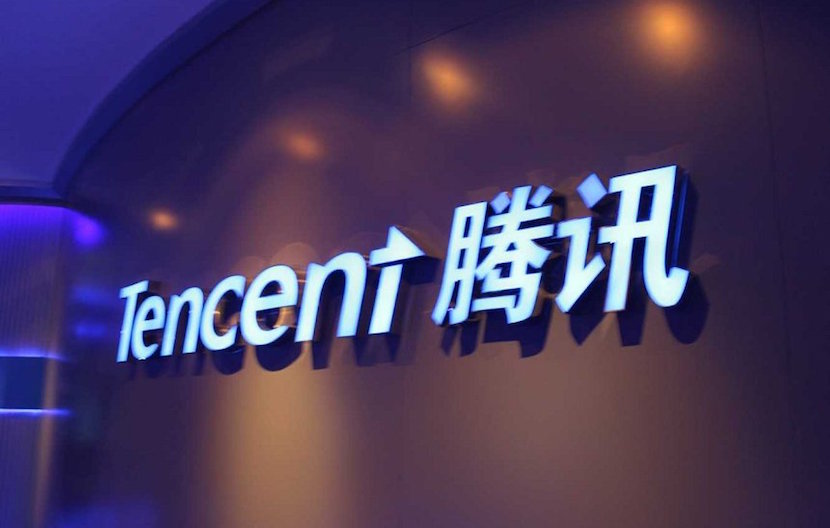 Rather amusingly, graphics indicating the roller coaster ride that internet giant Tencent has endured this week look like something out of a game. China’s autocratic crackdown on tech companies, prompted by Jack Ma’s criticism of the Chinese government’s increasingly tight financial regulations in October 2020, has steadily intensified – with Ma’s Alibaba and Ant Group and Chinese ride-hailing giant Didi and other Big Tech companies suffering huge setbacks as a result. Shares in Tencent and other Chinese video game companies fell more than 10% after Chinese state media condemned online games as “spiritual opium – a damning denunciation given the Middle Kingdom’s history involving that drug. Former Naspers CEO Koos Bekker famously discovered Chinese tech success Tencent in 2001 before it exploded in value, powering up the JSE-listed media company. Two decades later, Naspers/Prosus shareholders are understandably worried as Naspers owns 29% of Tencent via its global investment vehicle, Prosus. The JSE was weaker on Thursday, mirroring its global peers, as investors remained cautious about China’s regulatory clampdown on the technology sector. – Nadya Swart

(Bloomberg) – Tencent has resumed signing up users for its WeChat messaging app, days after suspending registrations for unspecified technical upgrades.

WeChat, which already has more than 1 billion users, halted signups last week to undergo a “security technical upgrade” to comply with regulations. The company said at the time it expected to resume new individual user registrations around early August. A company representative confirmed user reports on social media Thursday about the resumption.

A series of state media pronouncements this week have stoked fears Beijing will next train its attention on the gaming sector and its most dominant player, Tencent. China’s most valuable corporation fell as much as 11% after an outlet run by the Xinhua News Agency called games “spiritual opium” – a loaded term since removed from online posts. The Communist Party’s flagship newspaper, the People’s Daily, toned down that rhetoric a day later but reinforced the need to fight addiction, underscoring that reining in the giant industry remains a priority.

WeChat — a fixture in daily Chinese life for everything from hailing a cab to ordering meals and paying utilities bills – plays a central role in funneling traffic to and showcasing Tencent’s businesses. Its services however largely walls off users on platforms operated by its rivals, such as Alibaba’s main shopping sites. The user suspensions affected only its Chinese service – dubbed Weixin locally – which also accounts for the bulk of its global users.

The user suspensions coincided with a notice from the internet industry overseer that warned it was kicking off a six-month campaign to rectify illegal behaviour online, including the blocking of external links as well as the collection and storage of data. 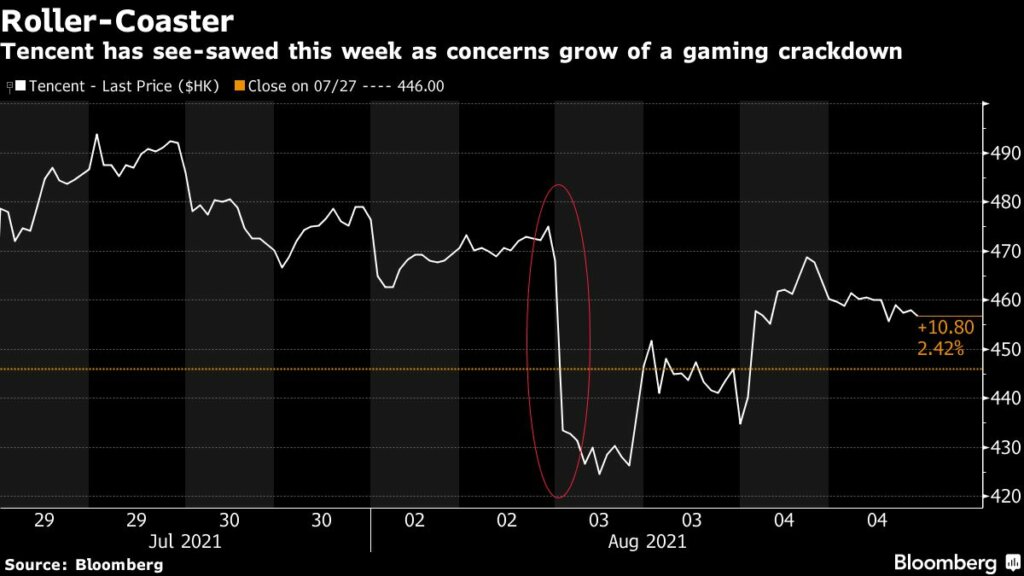 Tencent was down more than 1% at the lunch break. Concerns about the gaming sector come after a tumultuous few weeks of regulatory action against Didi Global Inc. and the $100 billion after-school tutoring industry that at one point wiped out more than $1 trillion of market value from Chinese stocks. Shenzhen-based Tencent, responding to Tuesday’s blistering critique, has pledged to curb game time and even broached a sweeping ban on gaming for kids.

But on Thursday, an influential newspaper based in Shenzhen — Tencent’s home base — fanned the uncertainty by arguing that the government should stop handing out tax breaks to gaming companies because they’ve become global players that thrive on their own.

Beijing’s campaign to rein in its giant internet industry is entering its 10th month, a roller-coaster ordeal that’s prompting nervous investors to ponder the longer-term ramifications of a crackdown on firms from Jack Ma’s Ant Group Co. and Alibaba to Tencent-backed food delivery giant Meituan and Didi.

Those actions demonstrated Beijing’s resolve to go after private enterprises to address social inequities, seize control of data it deems crucial to the economy and stability, and rein in powerful interests.