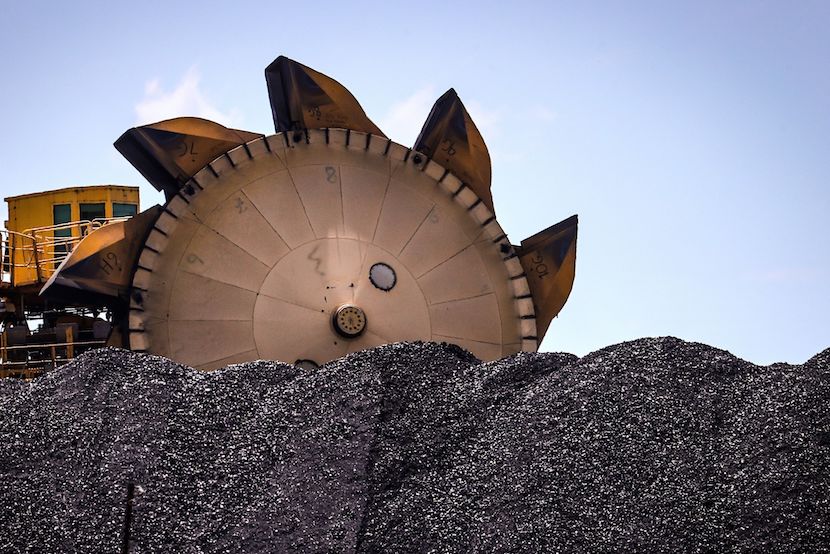 As the world strives toward eco-conscious living, numerous countries have pledged to achieve net-zero emissions over the coming years. What does this mean? Simply, it’s a vow to strive toward carbon neutrality in an attempt to fight the severe effects of climate change. Part of this means looking at alternative energy sources. As more advanced countries move away from coal power, countries such as South Africa are heavily reliant on it for electricity production. Power utility Eskom has expressed interest in moving away from coal, with Bloomberg reporting that the SOE is considering 8,017 MW of projects, which includes wind, solar, gas and hydropower. Eskom has also said that it would need at least $10bn to repurpose coal plants by 2050. Below, Professor Tamvakis of the University of London looks at the rocketing coal price – and what it could potentially mean for net zero. “Coal may yet surprise us all and persist for longer than we expect. For the sake of the next and following generations, let us hope it will not.” This article was first published on The Conversation. – Jarryd Neves

The coal price has skyrocketed in 2021 – what does it mean for net zero?

It is only a few days since the latest report from the Intergovernmental Panel on Climate Change (IPCC) signalled the dire consequences of human-induced climate change. At the heart of this stark warning by UN Secretary General António Guterres and the scientists behind the report was the urgent need to heavily reduce coal in the energy mix.

Yet in the run-up to publication, and absent from mainstream news headlines, was the steady ascent of coal prices, past $100 (£72) per metric tonne in June and then past $130 in mid-July to over $170 today. This is almost four times the price last September.

The rise in prices can be attributed squarely to a resurgence of demand after the depths of the pandemic – especially in emerging Asian markets such as China and India, but also in Japan, South Korea, Europe and the US. Electricity demand, which remains closely linked to coal, is expected to have increased by 5% across 2021 and a further 4% in 2022.

On the supply side, there are also some issues such as China being unable to acquire coal from Australia due to an import ban, and smaller disruptions in the export output of major producers Indonesia, South Africa and Russia. But there are no long-term supply issues, as the main producing countries have not curtailed their production or export capacity. Prices should not therefore stay high for very long.

The revival of world demand for energy hopefully means the world economy is recovering from the pandemic, but the surge in coal prices is a reminder of how energy still relies on fossil fuels. Global energy consumption totalled 556 exajoules in 2020, and oil, coal and natural gas accounting for 31%, 27% and 25% of the total respectively. That adds up to more than four-fifths of the total.

Yet coal seems to be resilient, if not stubborn, when it comes to its elimination. Since 2010, the percentage share of natural gas in total global electricity generation has stayed the same at 23% even though the world’s power consumption has risen by about a quarter. The percentage share of renewables, excluding hydroelectricity, has tripled and its actual generation in terawatt hours (TWh) has quadrupled. Meanwhile, coal has lost share, down to 35% from 40%, but it remains way ahead of natural gas, its closest competitor, and the amount of coal that we burn for electricity has gone up overall.

The reality is that coal makes good business sense. Coal-fired power plants have long been big enough to make the building costs economically viable, with the largest plants boasting a capacity of 5GW. The fuel is relatively cheap most of the time, and the biggest consumers, China, the US and India, all enjoy politically safe supplies.

Coal-fired generation is steady and predictable, making it suitable for ensuring the minimum level of electricity a country continually needs – known as the baseload. This guarantees that the proportion of the fuel converted into electricity, known as capacity utilisation, is typically over 70%. This has been affected by the continuous drive to replace coal with renewables and natural gas, taking it as low as 53% in 2019, but given the current levels of demand, we should expect it to be higher for 2021.

This all translates into steady income flows from selling coal-fired electricity to the grid in many countries, which makes this power source attractive to investors. When it comes to the triptych of supply security, affordability and sustainability, coal serves the first two with ease, even as it leaves a big dirty smudge on the third one.

The spectacular Chinese economic growth of the last 20 years, and the considerable expansion of electrification of the Indian economy, were largely based on coal. Thanks to them, the world has doubled its coal-fired capacity since 2000 to over 2,000GW.

In 2020, coal generated 63% of electricity in China and 72% in India. In the same year, China produced half of the world’s coal, nearly 4 billion tonnes, while India came a distant second with around 750 million tonnes. Between them, the two countries accounted for two-thirds of global consumption and were also the two largest importers. The figures truly boggle the mind.

Elsewhere, coal is on the back foot. In the US, the second-largest electricity generator after China, coal has retreated in favour of natural gas. It fired 20% of US electricity in 2020 compared to 43% in 2010, while natural gas has risen over the same period from 24% to 40%.

In Germany, coal generation has been equalled by wind, while in the UK coal is used only as a backup. Similarly, Japan and South Korea are expanding their natural gas, nuclear and renewables in an effort to reduce the carbon impact of their electricity generation. Even China has joined the efforts by adding new solar and wind capacity.

Nonetheless, it clearly remains difficult from a business perspective to eliminate coal worldwide: the west has essentially exported the problem to China because so much of the world’s heavy manufacturing has moved there. Coal-fired plants are long-term investments, often 40 to 50 years long. A plant built in 2000 is only halfway through its life, so shutting it down now, however desirable, would wreck the economics for the investors.

Unless coal prices remain permanently high (unlikely), or the cost of carbon emissions is more prohibitive due to taxes or carbon trading schemes (possible, but perhaps not everywhere), or there is direct government intervention to decommission plants, coal may yet surprise us all and persist for longer than we expect. For the sake of the next and following generations, let us hope it will not.