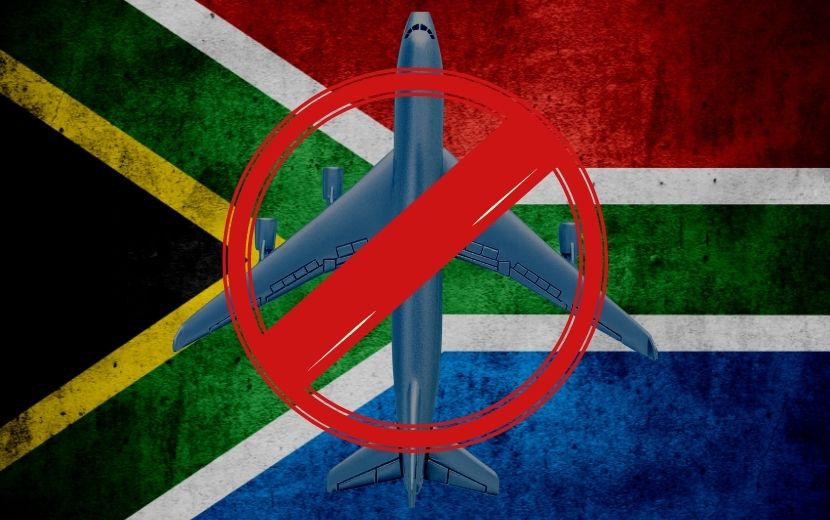 South Africa was placed on the UK’s red list 8 months ago and – as per the updated red list on 4 August – now has a total of 60 countries on it. In March, South African travellers faced more travel restrictions than any country in the world. The implications of being on the red list are severely destructive to the South African economy as it means that tourists from the UK have to quarantine for ten days at their own expense in government-selected hotels when they return. According to SATSA – the Southern Africa Tourism Services Association – ‘the restrictions are jeopardising an industry that employs 1.5 million people directly and indirectly, and contributes about $5.5bn (more than R80bn) to the South African economy annually.’ According to a study conducted by the World Travel & Tourism Council (WTTC), the restrictions imposed by way of the dreaded red list could lead to losses that equate to more than R26m every single day. This is a staggering hit to the South African economy. A petition started by a London-based PR firm, which aims to have South Africa removed from the red list, is gaining traction and will require a response from the UK government once it has 10,000 signatures. – Nadya Swart

According to research conducted by the World Travel & Tourism Council (WTTC), the South African economy could face massive losses of more than R181m every week it’s on the UK’s ‘red list’ for travel.

The comprehensive study conducted by WTTC reveals the staggering consequences the UK ‘red list’ represents to the South African Travel & Tourism sector, and the nation’s economy, which have both been devastated by the COVID-19 pandemic.

All UK travellers, regardless of their vaccine status, travelling to countries on the ‘red list’, which includes South Africa, are required to cover the expensive cost of a 10-day hotel quarantine upon returning to the UK, plus the fees for COVID-19 tests.

The approach taken by other European countries such as Germany, France and Switzerland, where quarantine is no longer required for fully vaccinated citizens travelling to South Africa, can still slow the spread of COVID-19 while enabling mobility and providing a boost to the economy.

Based on 2019 UK visitor numbers and spending, the global tourism body’s research shows these restrictions, which are deterring Brits from travelling to South Africa, could represent losses of over ZAR 790 million every month, equating to more than ZAR 26 million every single day.

Virginia Messina, Senior Vice President, said: “The impact the UK’s traffic light system imposes on ‘red list’ countries is not only damaging the Travel & Tourism sector, but also economies around the world. Our data shows that every day South Africa remains on the UK’s ‘red list’, the country faces losing millions of dollars, effectively delaying the global socio-economic recovery.

“Our data shows how vital the Travel & Tourism sector is to rebooting the country’s economy.

“As a result of the pandemic bringing Travel & Tourism almost to a halt, hundreds of thousands of jobs have been lost across South Africa, pushing more people into poverty, which shows how crucial it is to restart safe international travel and reduce mobility restrictions.

“WTTC is calling on governments around the world to accelerate the rollout of vaccines as a catalyst to restart international travel and rescue the struggling global Travel & Tourism sector.

“Furthermore, we are also encouraging governments of ‘red list’ countries to work closely with their UK counterparts to ensure the very latest data is shared, so the country can be moved from the economically damaging red list, to the amber list as soon as possible.”

In the UK, more than half of all adults have been fully vaccinated, which significantly reduces the risk of any citizens travelling abroad. Whilst the vaccine rollout has picked up pace, the figure is considerably lower in South Africa.

It is therefore critical for the South African government to continue ramping up the vaccination programme to restart international travel, and enable the economic recovery as a result.

According to WTTC’s annual Economic Impact Report (EIR), in 2019 South Africa was among the most popular destinations for UK travellers, accounting for 7% of international visitor spending, representing R9.4bn.

WTTC’s report also shows the punishing impact the pandemic has had over the country’s employment, with over 470,000 jobs lost due the lack of international travel.