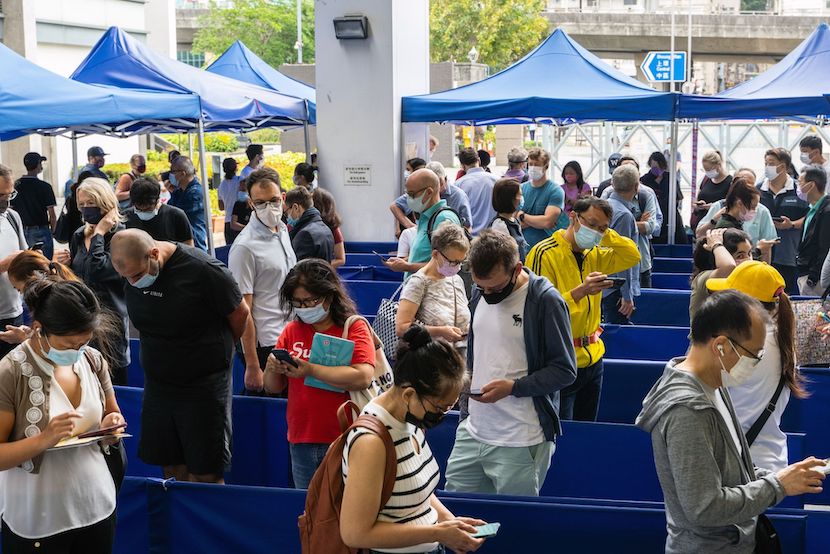 Censorship regarding Covid-19 is something BizNews is all too familiar with. In April this year, a video of Nick Hudson – which had been viewed more than half a million times – had been removed for violating YouTube’s guidelines. Along with a message stating that the video-sharing platform ” doesn’t allow content that explicitly disputes the efficacy of local health authorities or World Health Organisation guidance on social distancing and self isolation”, the popular video was taken down. Whether you agree with a viewpoint or not, censorship does not allow for intelligent discourse and hearing both sides of a story. Below, BizNews community member Kin Bentley (himself a retired journalist) writes about his frustrations with censorship surrounding Covid-19. A seemingly keen believer in the power of Ivermectin as a way to combat Covid-19, Bentley has had a his fair share of scrapes with social media platform Facebook and censorship. As he writes, “this censorship has its roots in the Orwellian ‘Trusted News Initiative’ whereby some of the world’s most powerful news outlets conspire to stick to a single narrative and to suppress all dissent.” Below, Bentley addresses his frustrations and concerns – as well as a potential solution.

Yesterday, Facebook imposed a second 30-day ban on me, about five days after my previous month-long ban expired.

Each time I am deplatformed (this is the fourth time this year) my crimes seem primarily to have been trying to alert the public to the use of Ivermectin as a prophylactic and therapeutic in the treatment of Covid-19.

Unfortunately my last post was lost when they shut me down as I kept no copy, but I cover much of what I tried to say here.

The YouTube, Twitter and Facebook censorship of views contrary to those of the WHO, government health authorities and the mainstream media narrative is playing a huge part in preventing the building up of enough momentum to overturn their agenda and end this nightmare.

This censorship has its roots in the Orwellian “Trusted News Initiative” whereby some of the world’s most powerful news outlets conspire to stick to a single narrative and to suppress all dissent.

My proposal is that this scam be taken to the International Court of Justice in the Hague or whatever similar global tribunal would have the authority to hear such a case. The German lawyer Reiner Fuellmich (naturally dismissed by the global elites’ “fact checkers” as a conspiracy theorist) might be the best man for the job, though others may be equally helpful.

What I envisage is states which have used Ivermectin effectively to crush the virus take the WHO and government health authorities to court to challenge their support for a totally manufactured and manipulated campaign these past 18 or so months to use fear and false-positive and false-diagnostic disinformation and other lies to cripple the global economy, destroy millions of livelihoods and literally kill possibly millions of people.

As this example (see link below) from Uttar Pradesh, the largest state in India with 204 million people, reveals, they successfully brought the pandemic there under control using Ivermectin and adjuncts throughout the community. There isn’t even a mention of vaccines in the report.

I know Mexico and a couple of states in Argentina used similar methods successfully. There are others, Zimbabwe among them.

My thought is that if Uttar Pradesh, a state in India with a population almost two thirds that of the United States, were to challenge the global approach orchestrated by the WHO, government health authorities, big pharma and propagandists in the mainstream media and big tech social media, it should have sufficient locus standi to do so.

The case against the current status quo, which is driving us deeper into a global health tyranny, is immense. The Dolsten PCR test is, and can be proved to be, fundamentally flawed. Millions of false positives were used to stoke global panic and the declaration of a global pandemic. The Chinese Communist Party’s draconian lockdown, while simultaneously allowing international flights out of Wuhan thereby spreading an almost-certain gain-of-function coronavirus globally, was replicated in liberal democracies, destroying civil liberties established over centuries.

All this for a coronavirus with a survival rate of well over 99%, apart from the very old and those with serious comorbidities, in other words little different from the annual flu and cold mortality rate. In this regard the case of Sweden, which did not lock down, can be cited to reveal that these step were unnecessary.

But we have to acknowledge that, although they cannot isolate it, there is apparently a new coronavirus called SARS-CoV-2 that causes coronavirus disease 2019, or Covid-19. But then it has to be stressed, as the Uttar Pradesh case reveals, that early and widespread preventative and therapeutic treatment with Ivermectin from mid-2020 could have stopped transmission of the virus in its tracks and ended the pandemic.

Instead, under Trump and for clearly political reasons ahead of the November 2020 presidential election, and for lucrative business reasons for vaccine producers like Pfizer and Moderna, new-technology mRNA “vaccines” were rushed through at “warp speed” and plunged into millions of people who were totally unable to provide informed consent because the gene-therapy injections have not undergone rigorous long-term animal or human safety trials. These trials are being done now, in real time globally, with literally billions of human beings as guinea pigs.

The efficacy of the injections is impossible to quantify because the PCR tests are manifestly unreliable. But their inadequacy has been shown in the spate of breakthrough infections occurring in, for instance, highly-vaccinated Israel and England.

The UK’s chief scientific adviser,  Sir Patrick Vallance, about a month ago told a press conference that 60% of hospitalised Covid patients (ie, very ill people) were double-vaccinated. He even elaborated by saying this was to be expected as the vast majority of UK citizens were now vaccinated. Clearly the UK government then saw that this truthful admission was harmful to their cause so Vallance was forced to tweet a “correction” to the effect that he got his figures mixed up and it was only 40% of hospitalisations who were fully vaccinated. So here we had a top official getting a basic statistic “wrong” and then simply manipulating the figures to fit the prevailing political agenda. But even at 40%, that is a very high breakthrough ratio.

There is no possible way for the global population to ascertain the facts about this alleged pandemic because government health authorities and the WHO control them and they are the result of infection rates if not entirely invented then based on flawed PCR tests, and deaths often attributed falsely to Covid when in fact the actual causes were often the same as have always caused mortality in the human population.

But, assuming mortality rates have indeed been slightly higher due to a new coronavirus, the biggest crime against humanity and medical science has been the suppression of a proven therapeutic and prophylactic, namely the cheap, effective and safe generic Ivermectin.

Its global roll-out when Uttar Pradesh began to use it extensively over a year ago could, based on that study alone, have potentially nipped this crisis in the bud.

Instead, millions of lives and livelihoods have needlessly been lost and once-free liberal democracies have been turned into tinpot dictatorships.

The injections are proving increasingly toxic, with independent medical and scientific experts pointing to a propensity for clotting due to the engineered spike protein getting into the blood stream and causing coagulation in major organs of the body and in the tiniest capillaries in the lungs, a process which could take years to manifest fully as the heart is forced to work extra hard to keep the blood flowing. Lipid nanoparticles, used to deliver the mRNA, are also threatening fertility. Numerous other side effects have been reported.

Meanwhile, around the world private physicians have worked tirelessly to come up with therapies to treat the symptoms of Covid by reducing viral load. The USA-based Front Line Covid-19 Critical Care Alliance has been at the forefront of this work, devising Ivermectin-based treatment protocols for all phases of the disease.

They have been ridiculed, with the typical response being that Ivermectin is only an anti-parasitic for animals. This ignores the fact that over 3.5 billion doses of Ivermectin have been administered to people for tropical diseases like river blindness and elephantiasis over the past three decades. Furthermore, it won the 2015 Nobel prize for medicine for its inventors as a result of its contribution to global health. It is on the WHO’s list of essential medicines and has an exceptionally good safety record.

Soon after the outbreak of SARS-CoV-2 it was discovered that Ivermectin in conjunction with other repurposed drugs and immunity-enhancing supplements can dramatically reduce the viral load in patients, thereby preventing the disease reaching the dangerous pulmonary stage, what is called a cytokine storm, or exaggerated immune response leading to coagulation in the lungs and hypoxia, or a lack of oxygen in the blood.

Instead of immediately exploring this option for early treatment, the WHO and Big Pharma suppressed it, with Merck, it’s former manufacturer, being particularly scathing. This was latched onto as propaganda by the anti-Ivermectin mainstream and social media lobby, but it was later discovered that Merck has a lucrative deal with the USA government to develop a shiny expensive new antiviral for Covid. Reports are that they’re making little progress.

The more mistakes global and national governments make, the more they seem to be doubling down, compounding their errors and further cementing their dictatorial powers, eviscerating the global economy and human liberties and sacrificing countless lives and livelihoods.

They have to be stopped and the International Court of Justice seems like the best place to challenge all the lies upon which this globalised fear-based mandating of a dangerous experimental injection are based.

If anyone has any ideas on this please spread them and let’s discuss them further. Contacts in the Indian government, especially in Uttar Pradesh, would be a good starting point.