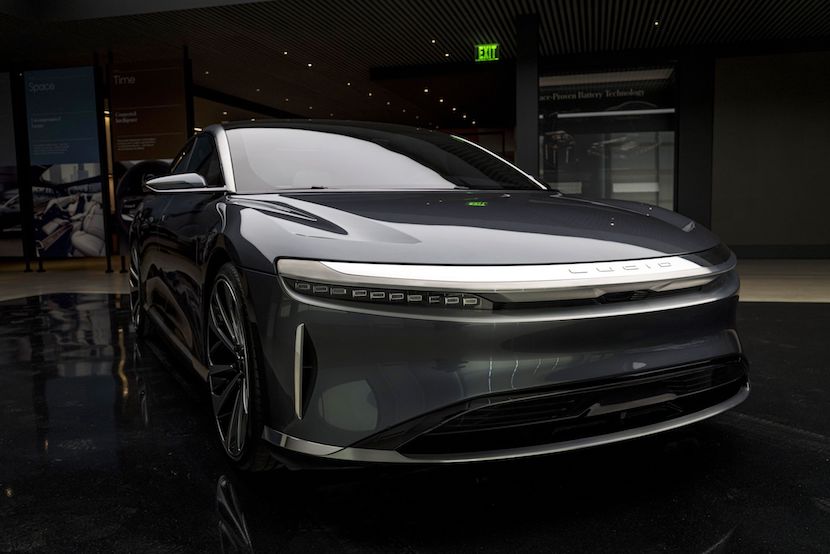 As electric vehicles become more mainstream (overseas, at least) carmakers are forging new paths in the electro mobility field. Industry giants such as Volkswagen and BMW have laid out clear plans for an electric future, with a host of new models on the horizon. In fact, BMW plans to introduce its iX SUV to South Africa next year, with rival luxury brand Audi also sitting with a number of EV models in the pipeline. However, its Tesla most people think of when the term ‘electric car’ is mentioned. Elon Musk’s California-based EV maker is undoubtedly a pioneer, fighting off challenges from big, well-established brands. Two upstarts, Rivian and Lucid, both plan on replicating the success enjoyed by Tesla. As The Wall Street Journal reports, these upstarts have begun delivering vehicles to customers but “face challenges in trying to build up production”. Reporter Ben Foldy writes below that, “The two companies have also hired several former Tesla executives over the years, including engineers and manufacturing executives, to help build their businesses.” – Jarryd Neves, Motoring correspondent

By Ben Foldy of The Wall Street Journal

Lucid, a California-based upstart that went public in July through a merger with a special-purpose acquisition company, began building its first all-electric Air sedans in Arizona in September and started delivering them to customers Saturday.

The company, which is backed by Saudi Arabia’s sovereign-wealth fund, is looking to target the high-end market for luxury electric cars—a niche long dominated by Tesla—with the Air, a model that starts at $77,400. The first versions delivered over the weekend cost around $169,000.

Rivian, another up-and-comer backed by Ford Motor Co. F 3.44% and Amazon.com Inc., AMZN 2.15% has started delivering its first model, the electric R1T pickup truck, to buyers and recently revealed plans for a second U.S. assembly plant to expand production beyond its factory in Normal, Ill.

The rollout of these first models is a milestone for the two upstarts and gives them an advantage in the race among electric-vehicle startups. The next challenge will be increasing factory output to boost sales, said Peter Rawlinson, Lucid’s chief executive. Lucid said it plans to make roughly 575 cars by the end of 2021 and increase that to 20,000 next year.

“What’s next is just getting the volume ramped up and pushing like crazy,” Mr. Rawlinson said.

Both Rivian and Lucid are scaling operations as Tesla’s valuation has continued to soar, crossing the $1 trillion mark last week.

Enthusiasm for electric vehicles, both among car buyers and on Wall Street, has been rising over the past couple of years. Electric-vehicle sales in the U.S. climbed 57% in September over the prior-year period, according to analysts from Morgan Stanley. And the Biden administration is pushing to extend the $7,500 tax credit now available for electric-vehicle purchases, as well as other additional incentives, to further stoke demand for plug-in models.

Lucid’s stock surged last week, jumping more than 50%, following tweets that the company was beginning deliveries and Tesla’s deal to sell its cars to Hertz Global Holdings Inc. The company is valued at nearly $60 billion, about $8.4 billion behind Ford, which had almost $100 billion more in sales through the first nine months of 2021.

Rivian, a company that started in Michigan and later moved its headquarters to California, has raised roughly $10.5 billion in the private markets since the start of 2019 and now is getting ready for an initial public offering.

In a capital raise in January, Rivian was valued at $27.6 billion, according to a person familiar with the raise. Amazon on Friday said it owned about 20% of Rivian and valued its stake at $3.8 billion.

Rivian declined to comment for the story ahead of its IPO.

Still, in the capital-intensive auto industry, there is a history of startups that have launched and folded later, and both Lucid and Rivian have had to spend heavily before shipping their first vehicles.

One of the biggest challenges these two companies will confront is mastering the intricacies of mass production, analysts say.

Tyson Jominy, vice president of data and analytics at J.D. Power, said launching a model that has never been built before in an all-new factory is difficult for more experienced auto makers. “How much more so will it be for those who are kind of learning on the fly?” he added.

Lucid and Rivian will also be squaring off with deeper-pocketed auto makers, analysts say, and will need to build brand awareness.

“It’s going to be a really tall order to establish positions in this market,” said Aakash Arora, a managing partner on Boston Consulting Group’s automotive team.

In many ways, both Lucid and Rivian are following Tesla’s lead. They plan to sell vehicles directly to consumers, bypassing the traditional dealer network, and Rivian plans to build its own network of fast-charges for drivers to use, helping to address a key concern for car buyers about not having enough places to plug in.

The two companies have also hired several former Tesla executives over the years, including engineers and manufacturing executives, to help build their businesses.

Lucid’s Mr. Rawlinson was once Tesla’s chief engineer overseeing the development of the Model S.

The Lucid Air, a competitor to top-end Mercedes-Benz and BMW models, has created buzz in automotive circles, delivering an EPA-certified travel range of up to 520 miles on a single battery charge—the longest of any electric vehicle on sale in the U.S. market.

“Lucid has a high bar to rise to,” said Vivianna Van Deerlin, president of the Delaware Valley Tesla Owners Club. She has three Teslas and traveled to take delivery of her Lucid Air at an event on Saturday. For her, the Lucid purchase is about backing car companies trying to increase electric-vehicle adoption, Ms. Van Deerlin said.

“It’s about trying something different and supporting the mission,” she added.

Rivian, meanwhile, is targeting the U.S.’s highly competitive pickup truck market with the R1T, a battery-powered model that starts at $67,500. This market has long been dominated by the Detroit car companies, and the R1T’s debut comes ahead of General Motors Co. GM 0.74% and Ford rolling out their own battery-electric trucks.

Rivian also plans to start building a midsize sport-utility vehicle, called the R1S, in the next few months that is to be marketed as an outdoor-focused model to compete against Jeep models and the Ford Bronco.

J.D. Power’s Mr. Jominy said the market for SUVs and trucks has been booming in recent years and accounts for around 80% of all vehicles sold in October. However, there are still few all-electric options available to consumers for these specific body styles.

“It is hitting what Americans want,” he said.

Corrections & Amplifications
Rivian raised capital in January at a valuation of $27.6 billion, according to a person familiar with the raise. An earlier version of this article incorrectly said that valuation was at the company’s most recent raise in July. (Corrected on Nov. 1)