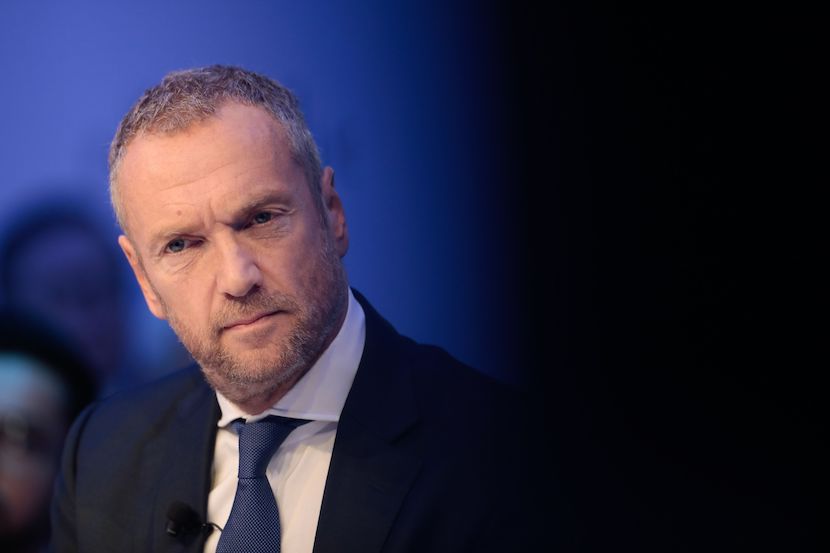 There’s good and bad news in this typically forthright podcast interview with Ranmore Funds’ Sean Peche. On the plus side, the Naspers/Prosus group’s $700m write-off on Russia’s VK Group (formerly mail.ru) is less than half a percentage point of the group’s net assets. On the downside, investors are suddenly aware the risk of assets in dictatorships are very real indeed, with flags waving anew around the Naspers/Prosus investment in China’s Tencent. Peche suggests the South African group should cut a deal with Tencent for the Chinese company to buy back a slug of its shares owned by Naspers/Prosus. Doing so, he reckons, would have a positive impact on a stock price that has been in freefall of late.

A VIE structure stems from China’s information security laws and it means the underlying assets cannot be held by foreign shareholders. Who they end up being held by are the CEOs and CIOs and all the foreign shareholder has is a contract, which says they can consolidate the results of the underlying business. That hasn’t been tested. It apparently contravenes Chinese law. It hasn’t been tested in law but it has never been a problem so investors let it lie. But as this whole Russian thing has shown us, things can go badly and they can do so very quickly. That was the concern I raised. Hopefully, China has witnessed what is going on and how strongly the foreign markets have responded to the invasion of Ukraine. Perhaps they will reassess their ambitions regarding Taiwan and will be responsible shareholders and these won’t be a problem. But you never know.

Prosus had an investor call yesterday; they own 25.7% of a Russian social media company called VK and they’re writing down their investment. If we look at Prosus’ NAV on their investor relations page, that number of 769 tallies with what they have as VK in their net asset value. They have no choice because at the moment, VK has been suspended on the Russian market. It’s not trading. Perhaps, when things settle down… I’m rather hoping we are at the tail end of this war. I know that’s very different to the mainstream thinking out there, but no one can afford for this to go on for much longer. Let’s hope that within a few days there are lots of peace talks that are ongoing, that there is some sort of resolution. Prosus has no choice but to write it down. VKs market cap in 2020 was R6bn. When it was suspended, it was only R204m. So, we can see the extent to which it had fallen. It also has debt of just under $1bn. Looking at the Prosus statement and the fact that the number ties up, it doesn’t suggest Prosus had advanced or had any of that VK debt, because that would be a problem. We have seen an exodus from Russian companies on a daily basis and it’s a concern for global markets because there are these large multinationals, which everybody owns in the portfolio that are priced for perfection. All of a sudden, we have an imperfect world. The good news for Prosus and Naspers shareholders is that in terms of the NAV, it’s not a big deal. Prosus’ NAV at the end of December was a little bit lower and now it’s R700m out of R212bn. So, 0.3%, that’s the good news. Once the Moscow market opens again, VK is listed and is trading, perhaps Prosus can execute a sale and recoup some of that.

On BP to exit Rosneft shareholdings

We held some Russian assets in the fund and have been hurt by this because the price they marked in the fund is pretty much nought. Unfortunately, that risk has manifested. But these businesses are not bankrupt. I mean, Gazprom and several other Russian companies are paying foreign debt holders in coupons right now. The market price for the European gas price and oil price is suspended and cannot trade. In the fullness of time, I’m sure the value will unlock. The good news is those companies are not bankrupt. VK is expected to earn some profit. There is probably less competition now that many of the other social media companies have left. From an international company perspective, Prosus has no choice but to exit. I was surprised to see a large company like BP say it is selling Rosneft assets. There is only one buyer and that is either Rosneft or the Russian government. The boardrooms of these international companies associated with Russia right now is just terrible. It is really Putin and not the Russian people.

On whether the war is at its tail-end

This has not gone according to Putin’s plan. That’s the first thing. There are protests in the streets of Moscow and St Petersburg on a scale they have never seen before. The supermarket shelves of bare, people [are short of] cash. The pressure is building. The reality is dawning on the Russian public as to what is going on. Putin is making no progress and at the same time, Ukrainians are becoming more emboldened. The whole world is in awe of Ukraine. The other day, a Russian spokesperson said if [Ukraine] recognises these two provinces and agrees not to join NATO, the war will stop in a moment. This NATO membership is really academic. In Donetsk and Luhansk, there was not a lot of resistance so maybe that’s a small price to pay for the fact that the big aggressor has now gone. There should be some massive penalties in terms of helping rebuild the country. The alternative is if they push Putin a bit more, could he just fire a nuclear bomb and wipe out Ukraine? That is the downside. The upside is Zelenskyy is a very smart person.