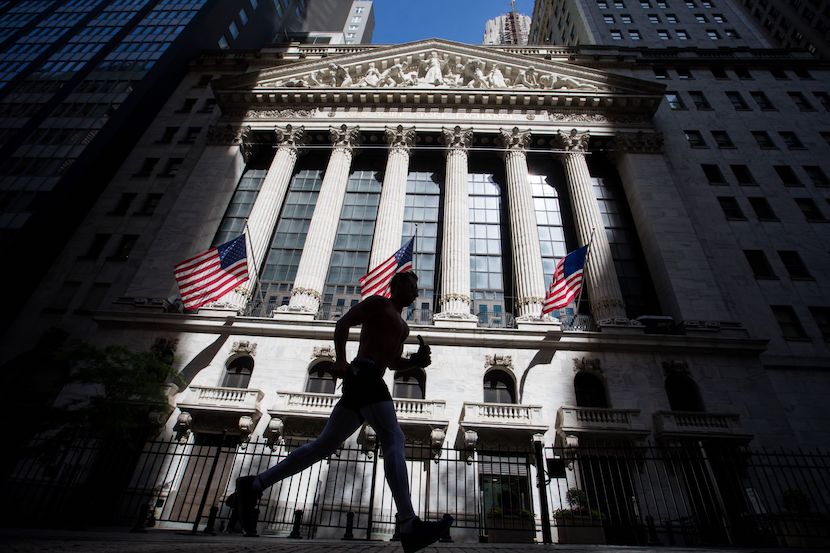 UK-based value fund manager Sean Peche gave words of warning as the market continues its volatile year. The tech-focused Nasdaq has been the worst affected; growth company valuations are being reconsidered given inflationary pressures and an imminent interest rate hike cycle. Market volatility has been elevated for some time now, with yesterday’s wild swing underpinning the uncertainty present in the market. Peche believes the themes that have played out at the beginning of this year will persist. The economic indicators point towards value outperforming but all eyes will be on the Federal Reserve as it turns on the taps on quantitative easing and historically low interest rates. – Justin Rowe-Roberts

Absolutely. I think that’s exactly what the problem is. We’ve had the wind blowing in one direction for a long time. It’s been 13 or 14 years now (the bull market). So, everybody is on the same side of the trade. I kind of said this last week but now what’s happened is the pain is starting to come in. They have done psychological studies and found that investors try to resist pain. You know, they dislike pain versus liking pleasure: two to one. And hedge funds are down double digits. The average investor is down 11%, ARK is down 22%. It’s down 53% from the highs. Your listeners must have a look at the latest price data of some of their funds. You will find many of the most popular funds have given up half of last year’s gains in 15 days. We’re now starting to get to the psychological part of the game, which is that psychology is important and pain is coming in, and some people just won’t be able to take the pain. We can self-medicate but there is a reason you pay doctors; and that’s when things get tough and vitamins no longer work.

On Europe as an investment destination

To be honest, I don’t follow just the London Stock Exchange either. I follow Europe. I follow sort of more regional. We are overweight in the UK. We are massively overweight in Europe, and less than 35% of our portfolio is in the US. The benchmark is 70%. We have more in Europe than we have in the US, and the benchmark in Europe is about 20%. Europe has actually been holding up relatively well, which is quite encouraging. What’s the biggest materials company in the US, I think it is Alcoa. If you want to hedge inflation, what are you going to buy? Buy a few oil companies and maybe one or two materials companies. Whereas over here, we’ve got Glencore, Anglo American, Rio Tinto and you’ve got all these big, big materials companies in Europe. And so, if you want to hedge against inflation, maybe Europe is not a bad place to look.