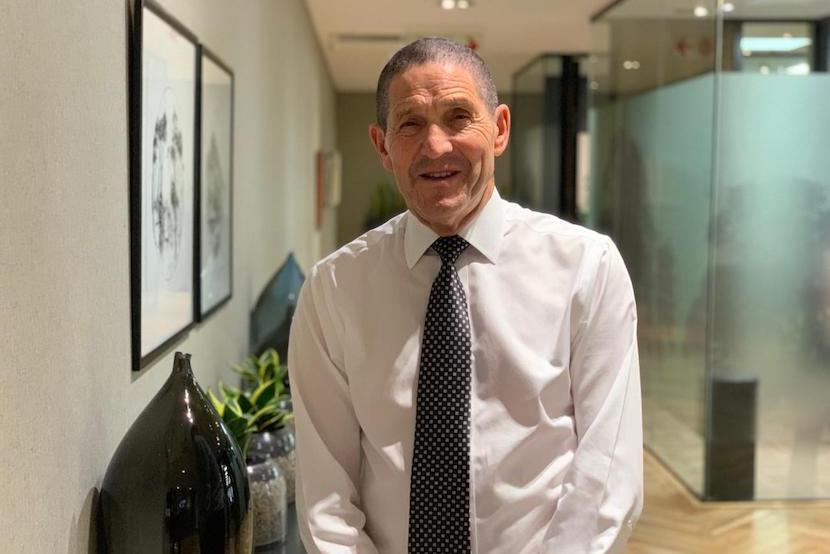 If you have kept an eye on David Shapiro, who has, over the last almost 50 years, been a trader and investor on the JSE, seeing his presentation at the third BizNews Conference earlier this month in the beautiful Drakensberg will not disappoint. The spirited septuagenarian, who was expected to discuss growth investing, veered slightly off topic. But it was well worth it. Though Shapiro follows a growth-oriented investment style, his unique insight into and understanding of investment is not without merit.

On entering into a decade of high investments

One surprising fact – this will even surprise Piet – at the end of 2012, early 2013, I won a raging bull for running a value fund. I’m still puzzled why they called it a value fund because I’ve never tried to trip myself. I’ve never tried to put a fence around myself. I just like to look for decent investments. I loved what Piet had to say, particularly his view on commodities. I agree with him. I think we are going into a very good commodity market. This is even before the Ukraine crisis emerged. It was evidence and I found that fascinating because I tried to look for the story. It points to what I think – I haven’t quite articulated my arguments yet – but I think we are going into a decade of high business investment. It is going to be a decade of high productivity. This morning, Stafford mentioned the metaverse and all these issues taking place. All of that and all these themes we are about to witness will create productivity and growth as opposed to the last decade in 2010–2020, which was social media. Social media did not improve productivity. Well, some might argue that point but I think we are going into something exciting. So, I don’t in any way disagree with Piet’s views on commodities, but I think there is something above it that is going to create this.

On building wealth as a buffer against issues like inflation

I started on the JSE in 1972 and spent 50 years there. When I joined in 1972, there wasn’t an equity culture. Buffett started his partnership only in 1965. He was hardly known at that time and no-one thought about building long-term investments. Our clients were mainly mining companies and they would buy mining shares from each other. There wasn’t any real investment. We had a few private clients as well. We dealt a lot with Belgium dentists; in other words, we dealt a lot of gold shares in Paris, gold chains in Brussels, in New York and London. We were a big market, one of the top 10 markets in the world, mainly because of the resources we developed. Besides all of these things, what was relevant about the 1970s is that it was a period of high inflation that started in 1965 with President Johnson’s great society. We had the Vietnam War, the oil crises, the Yom Kippur War. After the Yom Kippur War in 1973, the Arab nations held the world to ransom. What was interesting is that along with this high inflation, we suddenly saw interest rates going to high levels in the world. For the first time, interest rates or bonds had a risk attached to them. Up until then, most of the insurance companies and large institutions just used to buy bonds and it was a safe haven. But this sparked or initiated what we know today as the equity culture. When I wanted to learn about investments, there was no CFA. There were no courses at varsity. You could do a legal BA, an accounting BA, and a marketing BA. In fact, I joined up at the New York Institute of Finance and did an investment analysis course and my textbook was by Benjamin Graham. From the beginning, we were introduced to Benjamin Graham.

Why do I bring this up? During the ‘70s, people’s savings were destroyed by inflation. They didn’t know it at the time. It wasn’t immediately apparent because it chips away at your savings little by little. Suddenly, you wake up one day and realise you’re not as wealthy. One could apply the same to the rand. If you go back 10 years, the rand was seven against the dollar … now we are 15 and a half. Slowly, your purchasing power has gone. What I realised at that stage is that it’s not good enough to preserve capital. It isn’t good enough just to be there and look after your capital in a notional way. You had to build wealth as a buffer against issues like inflation; or maybe, in the modern context, the depreciation of the rand plus inflation to save you for old days. We are living longer. I’m 74, a couple of years ago I would have been gone. What this means is that we now have to save a lot more. Since the ‘70s and ‘80s, I’ve been looking to find some formula. What do we do? How do we find a way to get around this? I know Buffett’s formula is to invest in businesses with both durable economic advantage and a first-class CEO; pick businesses based upon long-term business performance; become a business pick, not a stock picker. Later, he acknowledges what has always been my mantra; he says his favourite investment asset allocation is 100% equities. So, I have been in search of the right kind of formula and I found it to a large extent.