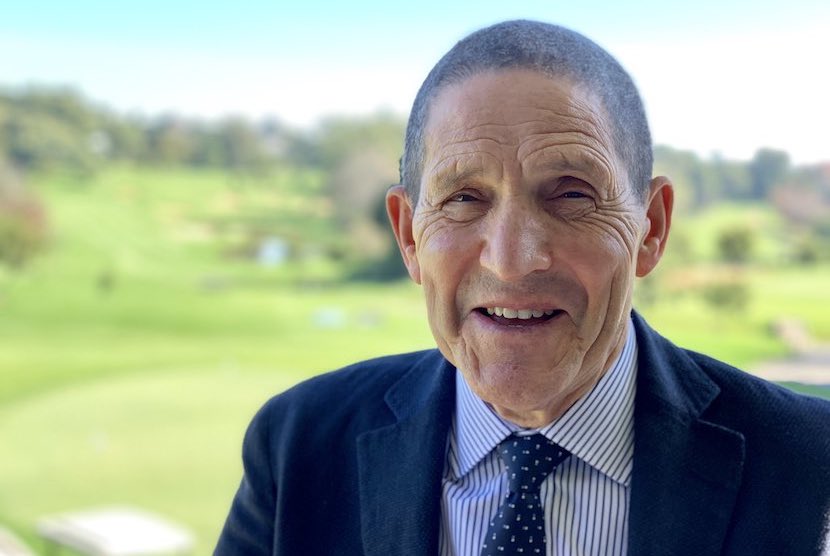 David Shapiro shares his pearls of wisdom after nearly 50 years as a trader and investor on the JSE. David started his career on the trading floor and has seen the rise of some incredible businesses over the past five decades. His father, Archie, was also a legend of the local bourse. David followed his father onto the trading floor for a brief period. He says, however, that his investment philosophy is very different to his father’s and acknowledges the technology revolution as the most significant change to the markets. He says it is crucial to keep your investment strategy simple by identifying good companies with strong management teams and emphasises the importance of time in the market. David compliments legendary investor Warren Buffet for his take on life and investing; the down-to-earth Berkshire founder is one of his role models. – Justin Rowe-Roberts.

My dad had a tough upbringing. He was raised by his mom as his dad died at a very early age. He couldn’t go to university. He came from the south, Turffontein. He never forgot his roots. He was very fortunate to get a job in the midst of the Depression. I never understood what happened but there was an opening that got him into the stock exchange and he remained there ever since. He was a wonderful trader. Of course, the next generation went to university and I did accountancy.

I was never going to be a trader on the floor. You had to have a special skill to do that. Don’t ever underestimate the skills of traders as opposed to analysts. We were accountant analysts. But I went onto the floor. I loved the floor. I thoroughly enjoyed it. It was a big, big learning curve and there was a lot that I learnt there. But, you know, as the years progressed, so I developed in other areas. As you know, my dad was a raging gold bull. I’m probably the opposite.

On the biggest change in the last 50 years

I think if I go back 50 years, the biggest change has been the technological one. Having come from an open outcry market to where we are today. In fact, I read yesterday, an article you (Alec Hogg) wrote for a magazine called Leadership in 1987, which was the centenary. You were actually writing on the change of technology because, in 1987, we were starting to use computers for research, that was the start. I mean, the big leap came when we went electronic in 1996 with the internet. But we were starting to get used to putting research onto spreadsheets and so on.

One day, I’ll send you that article. I’m sure you’ve got it in your archive. When I came onto the market in 1972, there was no direct dialling to London or anywhere. If you wanted to deal with your counterparts in London, you used to have to book a call via the operator and it would come through a half an hour later. We dealt in coded telegrams. Communication to get information from London, respond to it and send back an answer took half an hour. Today, it’s instantaneous.

Now that half an hour opened massive gaps for what they called, in those days, arbitrage. Taking advantage of price differences between South African shares that were trading in London and South Africa. And, of course, we had those counterparts in Zurich, Brussels, Paris, London and New York. So, it was quite an international market and it worked. Besides, we were dealing in the blocked rand or the security rand or the financial rand. It wasn’t just straight currency dealing.

On the biggest lessons learnt

Management is very important, that was the one lesson but I’m just going to put that aside, we can come back to it. The one lesson I learnt – and I have so many examples – was of ordinary people who built wealth just by being clever, buying the right kind of shares and sticking with them. I used to often go down to Somerset West and I’d meet people there. I was giving a talk and they would attend. Afterwards, they were proud to show me their portfolios. They were very simple. They backed Johann Rupert and they had portfolios in those days, worth multimillion rands. They had just supported him (Johann Rupert).