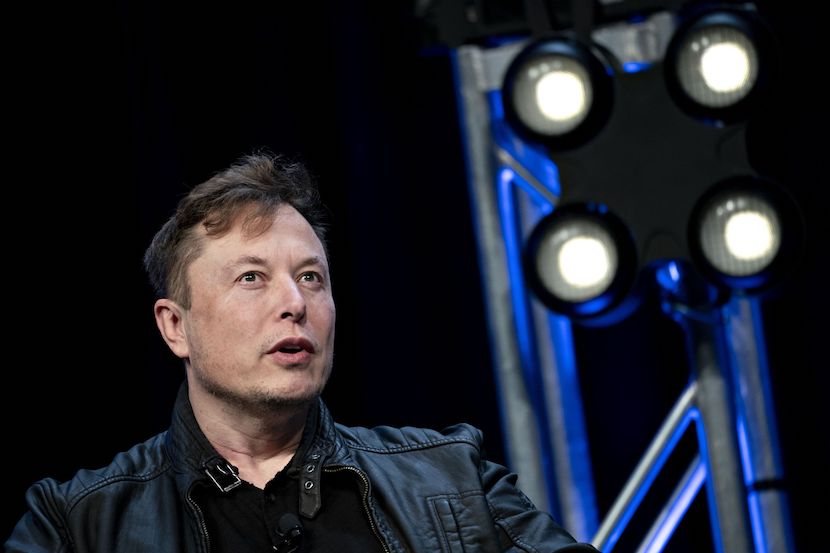 In a whirlwind 10 days, SpaceX and Tesla founder Elon Musk has offered to purchase the Twitter stock he doesn’t already own for $54.20 a share, a 38% premium over the day his investment went public. He currently owns 73.5 million shares, a stake of roughly 9.2%., This came after the Tesla CEO said on Twitter he was considering starting a rival social media company of his own. The offer price values the company at $43bn. He put his bid out to the Twitter board, with a hope to make the company private in order to institute what he believes to be necessary changes to Twitter’s business model. The board of directors is apparently discussing the offer. What happens at Twitter is, of course, more than just a passing fascination for us at the company as it forms part of the BizNews Shyft Portfolio. Find out more with BizNews Premium with monthly webinars hosted by Alec Hogg. More details in this article from The Wall Street Journal. – Ross Sinclair

Elon Musk has offered to buy the rest of Twitter Inc. in a deal valuing the social-media company at more than $43 billion, calling the bid his “best and final offer.”

“If it is not accepted, I would need to reconsider my position as a shareholder,” said Mr. Musk, who earlier this year built a more than 9% position in the stock, making him the company’s largest shareholder.

“I am not playing the back-and-forth game,” Mr. Musk said. “I have moved straight to the end.”

“It’s a high price, and your shareholders will love it,” Mr. Musk said. “Twitter has extraordinary potential. I will unlock it.”

Twitter confirmed it had received Mr. Musk’s offer and said its board of directors would carefully review the proposal to determine the course of action that it believes is in the best interest of the company and all its shareholders.

The latest developments add to a whirlwind 10 days for Twitter. Mr. Musk’s stake in the company was made public April 4, and plans for him to join the board were announced April 5. He then spent much of this past weekend tweeting criticisms, suggestions and apparent jokes about the company—before deciding not to join the board earlier this week.

The Tesla CEO, with more than 80 million followers on Twitter, has long been one of Twitter’s most prominent users and, at times, one of its most vocal critics. A self-described “free speech absolutist,” Mr. Musk has publicly encouraged the platform to allow a wide range of opinions.

The series of tweets over the weekend by Mr. Musk, taken together, targeted the core of Twitter’s business, seemingly suggesting the company shut down its headquarters and cut staff while shifting from an ad-based business to one that depends more upon subscriptions to survive.

“The power of corporations to dictate policy is greatly enhanced if Twitter depends on advertising money to survive,” Mr. Musk said in a tweet that was later deleted.

On Thursday, Mr. Musk added to those comments. “As I indicated this weekend, I believe that the company should be private to go through the changes that need to be made,” he said in the filing.

Analysts have suggested that one of Mr. Musk’s motivations could be to influence Twitter’s moderation policies, which he has criticized as being too restrictive.

Mr. Musk said Thursday that he would consider selling his stake if the deal doesn’t work out. “Given that I don’t have confidence in management nor do I believe I can drive the necessary change in the public market, I would need to reconsider my position as a shareholder.”

The Tesla CEO is scheduled to talk Thursday at a TED conference in Vancouver. Separately, he tweeted Thursday, “I made an offer.”

Mr. Musk began buying Twitter shares on Jan. 31, when the stock traded at $36.83, according to a filing earlier this month. Those purchases continued through April 1.

A Twitter shareholder is suing Musk after he failed to disclose his purchase of Twitter stock, making him the majority shareholder of the tech company. The justification of this lawsuit is that an investor is required to disclose their stake after purchasing more than 5% of a company within 10 days; a deadline which Elon Musk missed. The Tesla and SpaceX CEO has had prior run-ins with the US Securities and Exchange Commission (SEC) after failing to abide by the government agency’s rules. In this article from The Wall Street Journal, Allison Prang goes into detail about the pending lawsuit, its implications and how this may affect Musk and Twitter. – Ross Sinclair

Elon Musk Is Sued for Delayed Disclosure of Twitter Stake

Lawsuit alleges billionaire saved $143 million by delaying the filing, while hurting shareholders who sold stock before his position was publicized

A Twitter Inc. shareholder sued Elon Musk, alleging the billionaire committed securities fraud by delaying the disclosure of his stake in the social-media company.

In the lawsuit, filed in the U.S. District Court for the Southern District of New York on Tuesday, Marc Bain Rasella alleges that Mr. Musk didn’t properly disclose his Twitter stake within the required time frame. The suit alleges that the move personally benefited Mr. Musk and could have hurt other shareholders who sold the stock.

Mr. Musk, chief executive of Tesla Inc., on April 4 disclosed owning almost 73.5 million shares of Twitter as of March 14. That gave him a 9.2% stake, making him the company’s largest shareholder. Tesla and a representative for Mr. Musk didn’t immediately respond to requests for comment.

Investors whose holdings in a company surpass 5% are required to report their stake within 10 calendar days. These filings can send companies’ shares higher as investors anticipate changes spurred by the large shareholder, such as a company sale, stock buyback or new board members.

The lawsuit alleges that Mr. Musk should have filed the disclosure form by March 24. Twitter investors who sold their shares between March 24 and before Mr. Musk’s stake was disclosed April 4 “missed the resulting share price increase as the market reacted to Musk’s purchases and were damaged thereby,” according to the suit.

By delaying the filing, Mr. Musk saved about $143 million on buying Twitter stock, the lawsuit alleges. Mr. Musk is the world’s richest person with a net worth of $251 billion, according to the Bloomberg Billionaires Index.

Mr. Rasella, the plaintiff, sold Twitter shares at depressed prices during the period and was damaged by Mr. Musk’s material omissions and misrepresentations, the lawsuit alleges. Twitter shares surged 27% the day Mr. Musk disclosed his position, the company’s largest one-day rally on record. Mr. Rasella filed the suit for himself and on behalf of others similarly situated.

The SEC has previously brought enforcement actions against people who continued to miss these types of deadlines. Lawyers have said Mr. Musk’s disclosure issues could hurt the Tesla leader in his legal tussling with the SEC.

Mr. Musk recently asked a federal judge to kill a fraud settlement he reached in 2018 with securities regulators that mandates some of his tweets related to Tesla be preapproved by company lawyers.

Mr. Musk is known for his use of Twitter, where he has polled users on whether he should sell some of his Tesla stock and questioned whether the social-media platform itself was dying.

Plans for Mr. Musk to join Twitter’s board were announced April 5, a day after he disclosed his stake in the company, but were scrapped just days later.