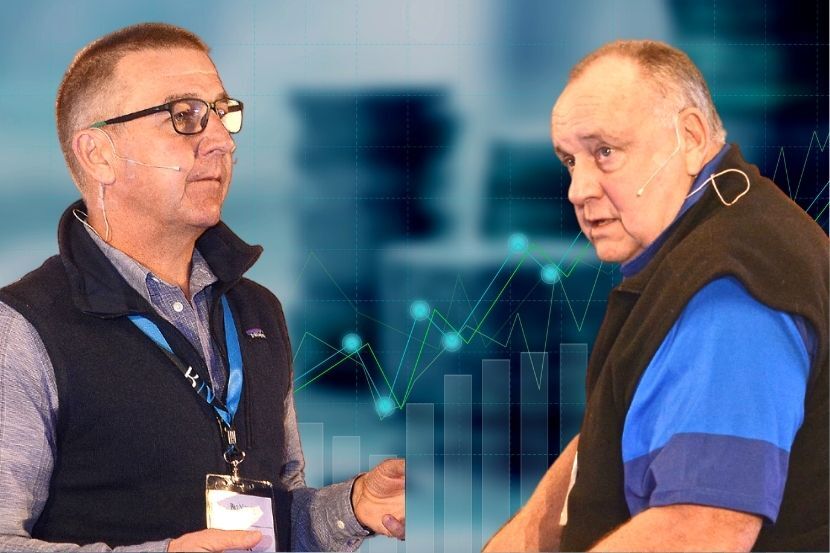 Six months ago, a BizNews community member stumped up R1m to put the local vs offshore argument to the test over a five-year period. Half of it was given to Counterpoint’s Piet Viljoen to invest in his SA-focused Value Fund; the other half to independent financial adviser Magnus Heystek, founder of Brenthurst. So far, it’s hardly a contest. Viljoen’s R500,000 has grown to almost R600,000; Heystek’s is down to around R350,000. But both caution it’s very early days, Heystek reminds us how Tiger Woods blew out in the first few holes of his first appearance at the Masters, only to regather and cruise home well clear of the competition. In this podcast with BizNews editor Alec Hogg, the money managers share some important lessons they have already learnt from the exercise.

The first point is that we are six months into a five-year race. So, we haven’t even done 200 metres yet. Very early days, and the other point to make is this is real money. Your BizNews community member has put R500,000 into a fund, which I managed – the Counterpoint Value Fund – and R500,000 into a fund that Magnus recommended. This is real money on the line, it’s not a paper portfolio or gameplay. So far, the returns with the African market have been fantastic over the past six months; they’ve actually been very good over a number of years now and our assets remain cheap. The important point to make here is that this is not a bet on the success or lack of our government and implementing its policies or changing its policies to make it more market friendly. It is a bet on the second derivative. Our assets discount a negative future; more negative than the reality will be because it’s [difficult] to imagine an optimistic and rosy scenario with our incapable government for the economy and the country. Our assets imagine an even worse scenario than the most likely outcome. As long as they are priced that way – my view has been for quite a while now – that in any investment portfolio, a portion of it should be allocated to South African assets. Not all of it but at least – given current pricing and current expectations embedded in asset prices – a portion should be allocated. That was the genesis of this bet that your community member initiated six months ago.

I’m not left in the starting stalls, I think my saddle has fallen off and I’ve got a rebound. I’m going to chase Piet who is on a winning streak next to none. The one thing I could not control in terms of this challenge was its timing. The BizNews community member came forward in October-November last year and said, here’s R500,000 each, do you want to take up the challenge? And we both took that up, bearing in mind we were very, very close to the end of a fantastic bull run in offshore markets, S&P 500, Nasdaq, Fang, etc. I’ve sent you a graph to show how significant the outperformance was. For the first months of this little competition, that continued. But then December, January happened. In an investment world, you have to expect the unexpected. Multiple unexpected things have happened. First of all, the sell-off in high-tech stocks (the megatrend stocks); Fangs was sold off brutally. Secondly, you have the Federal Reserve’s higher interest rate policy starting to affect the larger fund managers. Then you also had the strengthening of the rand. All those things came together at once from all different directions and my portfolio was slaughtered on all fronts. However, it is still alive and I’m not going to do what a lot of people are inclined to do in these times, wreck emotionally and start selling and panicking. We always tell people to stay in the market for the long term. I’m not going to break that rule. I will make some adjustments over time and I’ve taken my knock. There is no question about it, that’s just the nature of the markets. Whereas Piet with his value style has done exceptionally well.

Piet Viljoen on having a diversified investment portfolio

On day one, it was invested in the Counterpoint Value Fund, and the results since then have been what the fund has done. I think there is some validity in phasing your money into the market if you’re unsure as to what level you want to buy it. The other point to make is this little race we have between offshore and onshore is also unrealistic. Any investor would run a diversified portfolio, he wouldn’t have everything offshore or everything in South Africa. It’s not a case of either-or; it’s a case of how much you allocate to different assets. And my argument has always been that in a diversified portfolio, given current valuations, you would allocate slightly more to South Africa. That then is your neutral position. And if your neutral position is nought, then you put a little bit here. You just weigh it slightly in favour of the valuation argument. You either believe you can forecast the future or you believe in diversification. I know I can’t forecast the future. I don’t know what’s going to happen with markets or anything, and therefore I believe in diversification. That’s a sensible strategy for any investor to follow.

The difference between Piet and myself is that Piet is a fund manager. He has to deal with money funds in front of him. We are a firm of investment advisers. We deal with people first and foremost, and that is always the starting point as to how much we allocate to any asset class. If we don’t do our homework in terms of risk profile, period in the market and tolerance to risk and sometimes the ability to take risk, we cannot do that. There is no question there are some investors who must not be invested in the offshore market and we repeat that endlessly. We say to people: if your situation is of such a nature that you have limited capital, that you have income requirements rather than anything else, you cannot go to the offshore market because it brings in a lot of volatility in the short term if both the rand and the markets go against you as happened in the first quarter of this year. On the other hand, we have many more wealthy investors who have their needs taken care of; they’ve got absolutely no debts and tend to have a much larger exposure, in some cases 100%, some cases 70%. But you cannot just make a statement that everything must be offshore or onshore. It depends on the client and a lot of other factors that we must take into consideration. In this case, we went in immediately as we wanted to get the money to work. The first five to six weeks it was doing fine and then we had January; it was like someone had switched off the lights, the markets just went into a tumble dryer like I’ve not seen in 30 years.