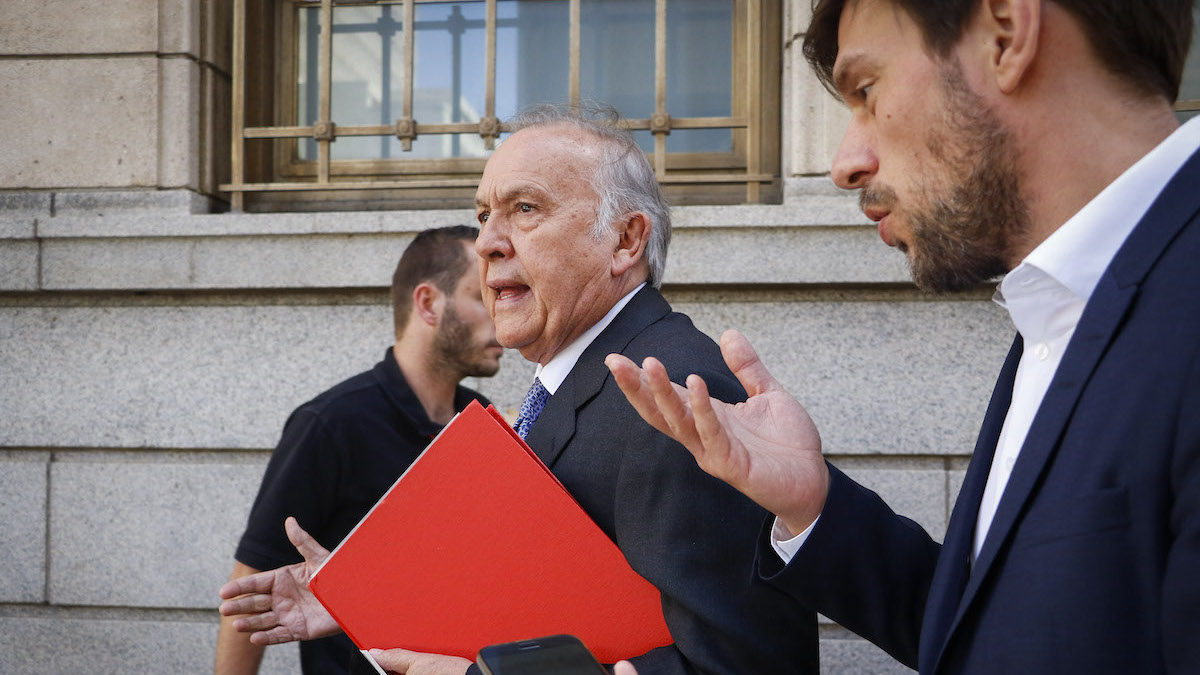 The Steinhoff saga cost Christo Wiese heavily – he lost his dollar-billionaire status for several years following the collapse of Steinhoff at the end of 2017 after fraud and misappropriation of funds were uncovered at the company. He had amassed wealth of $5.8 billion before the scandal broke and it took him until earlier this year, thanks to Shoprite’s significant growth, to reclaim his dollar-billionaire status. Infographics in the table below show the numerous businesses that form part of the larger holding companies in which Wiese holds a share, however, and the fact that the 80-year-old seems to have regained his status as a doyen of South African business. Article republished courtesy of MyBroadband. – Sandra Laurence

Christo Wiese is one of South Africa’s most acclaimed businessmen, best known for his major successes in the consumer retail market.

The 80-year-old Wiese was born in the Northern Cape in 1941 and completed matric at Paarl Boys High School before attending Stellenbosch University.

He obtained a Bachelor of Arts before graduating with an LLB degree.

Wiese practised law at the Cape Bar for several years before becoming a director at Pepkor, a company his parents co-founded.

That move started a stunning career in business, which saw Wiese take Shoprite from a chain of eight stores in Cape Town to a powerhouse food retailer across Africa.

Alongside the Shoprite brand, the company counts big names like Checkers, OK Furniture, Medirite and Computicket among its holdings.

Except for the Public Investment Corporation, Wiese currently holds the most significant number of ordinary shares in the group — at around 10.67%.

According to Biznews, his total shareholding in the company climbs to roughly 12% when considering family interests and investment vehicles.

His additional deferred shares give him 32.2% voting rights in the company.

Wiese has also helped grow Pepkor into a dominant force in the discount clothing and other general goods markets.

Pepkor has the largest retail store footprint in Southern Africa, with around 5,470 stores operating in 10 countries. It also employs 47,000 workers.

The company recorded annual revenue of R77.3 billion and an operating profit of R9.3 billion in its most recent fiscal year.

Wiese lost his dollar-billionaire status for several years following the collapse of Steinhoff towards the end of 2017.

In 2014, he owned 52% of Pepkor before exchanging his stake for 20% of Steinhoff when it acquired Pepkor.

Steinhoff collapsed towards the end of 2017 after fraud and misappropriation of funds were uncovered at the company, shattering Wiese’s wealth.

Biznews reported that Wiese had amassed a wealth of $5.8 billion before the scandal broke.

He was among the biggest losers of the scandal, which cost him around $4 billion.

He also had to reduce his share in Shoprite from around 18% to 12% to free up liquidity in the wake of Steinhoff’s collapse.

Wiese sued Steinhoff for R60 billion but only managed to recoup a fraction of this amount as part of a settlement plan approved by Steinhoff’s shareholders and regulators.

He received a once-off payment of R7 billion and 5% in Pepkor shares as compensation.

The drop in shares from 52% to 5% translates to a difference of about R34 billion based on Pepkor’s market capitalisation of R72.28 billion on 7 July 2022.

Thanks to Shoprite’s significant growth, he reclaimed his dollar-billionaire status earlier this year.

In addition to Pepkor and Shoprite, Wiese is the biggest shareholder in Brait, which owns Premier Foods, Virgin Active, New Look and Consol Glass.

Brait had a market capitalisation of R5.47 billion, with Wiese’s shareholding estimated to be around 27%. The billionaire is also Invicta’s chairman and largest shareholder – a holding company consisting of numerous industrial equipment businesses.

The table below shows the details of the listed companies in which Christo Wiese has a shareholding and the estimated value of his share in these companies as of 7 July 2022.

The infographics below the table show the numerous businesses that form part of the larger holding companies in which Wiese holds a share.