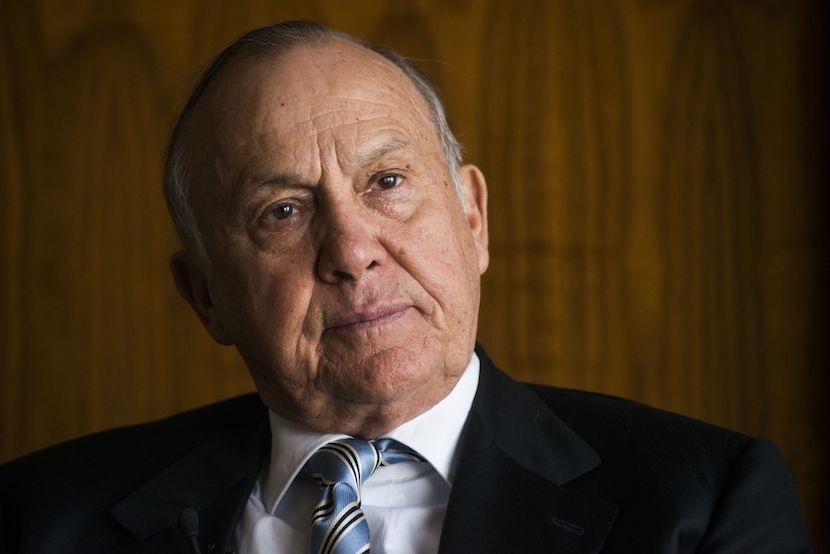 Hedge fund guru Jean Pierre Verster has an in-depth look at food retail giant, Shoprite, after South Africa’s largest grocer announced a bumper quarterly update and interesting annual general meeting results. The food retailer, which has brands such as Checkers and uSave under its umbrella, increased sales by close to 10%, without adjusting for the impact of the July riots. All of South Africa’s other large food retailers – Woolies, Spar and Pick n Pay – announced rather sluggish updates, suggesting Shoprite is taking market share from competitors. South Africa business tycoon Dr Christo Wiese, a major shareholder and director of the board of Shoprite, retained his seat on the board by a mere 0.1%. Verster explains that shareholders have become fed up at the related party transactions between Shoprite and Dr Wiese, which tends to benefit Wiese at the expense of minority shareholders. When asked which way Verster voted at Shoprite’s AGM on this specific resolution, he said his hedge fund no longer holds any Shoprite shares. – Justin Rowe-Roberts, Investment correspondent

A strong quarterly update from Shoprite. I think it shows that notwithstanding this very negative political situation and sentiment in the country – especially after the riots in KZN – the bottom of the pyramid, the typical man in the street is still buying food and looking for the best deal to do that. Shoprite is offering good value for money and it is therefore still dominating this lower end of the market with its Shoprite brand. But at the same time, it is also nipping at the heels of Woolies. Look at what Shoprite has done in terms of going upmarket and its Sixty60 delivery app, which has been very successful. So, well done to Shoprite, one can see from this quarterly update that the management team is focused and that its plans are progressing well to gain market share in South Africa.

Firstly, it reminds me of school when they used to vote for the class captain and I voted for myself in the class. I can see Dr Wiese voted for himself if you look at the deferred shares. It was those shares that had a fraction of 0.1% [to carry] the votes and allowed him to continue on the board. [This] means, if you exclude these votes for himself, whether through deferred or ordinary shares, the majority of other shareholders did not support this re-election. The reason is that people are probably not very happy with the past related party transactions that Shoprite either had concluded with Dr Wiese or attempted to do. If you think about what was proposed; to dismantle the deferred share structure and pay Dr Wiese a few billion rand or shares that had no economic value, only voting value. At some point in time, shareholder democracy will show, when shareholders are effectively fed up with related policies that try to gain at the expense of the economic interests of minority shareholders. And that is exactly what we are seeing here.

On whether Shoprite is gaining market share from the likes of Woolies and Pick n Pay or whether the broader macro environment is causing people to shop down:

These days, [you cannot] go to a source and get the market share information as you could in the old days. You need to wait for the companies to [publish their] reports and then add up the revenue and [figure out] what the informal market food revenue would be, to get an idea about the industry. I would guess Shoprite probably gained market share from its competitors, given that it has such a strong distribution footprint, for instance. We know there are issues currently regarding supply chains and harbours all across the world and in South Africa. In times like these, it is the retailer with the best distribution model, and the stock on the shelves, that would be able to sell that stock and gain market share. When I think about my weekly shopping , I’ve seen some other retailers out of stock of key items and that would have benefited Shoprite with its backward integration into a very strong distribution.

On whether he is a shareholder through any of the Protea funds, and if so, what he voted on this specific resolution:

We have been shareholders in the past but we are not currently, so we did not vote in the AGM. I can also tell you, quite often, seeing that I’m a hedge fund manager – hedge fund managers hold their positions via derivatives – which means that a fund, a hedge fund in particular, could have economic exposure to its share without holding the share itself and therefore without having the voting rights attached to the shares. Which is another reason why, for instance, you see a lot of AGMs show that not all shareholders have voted. That is because a lot of shares, quite often, are held by nominees, including investment banks that don’t vote because they don’t hold the economic interests.