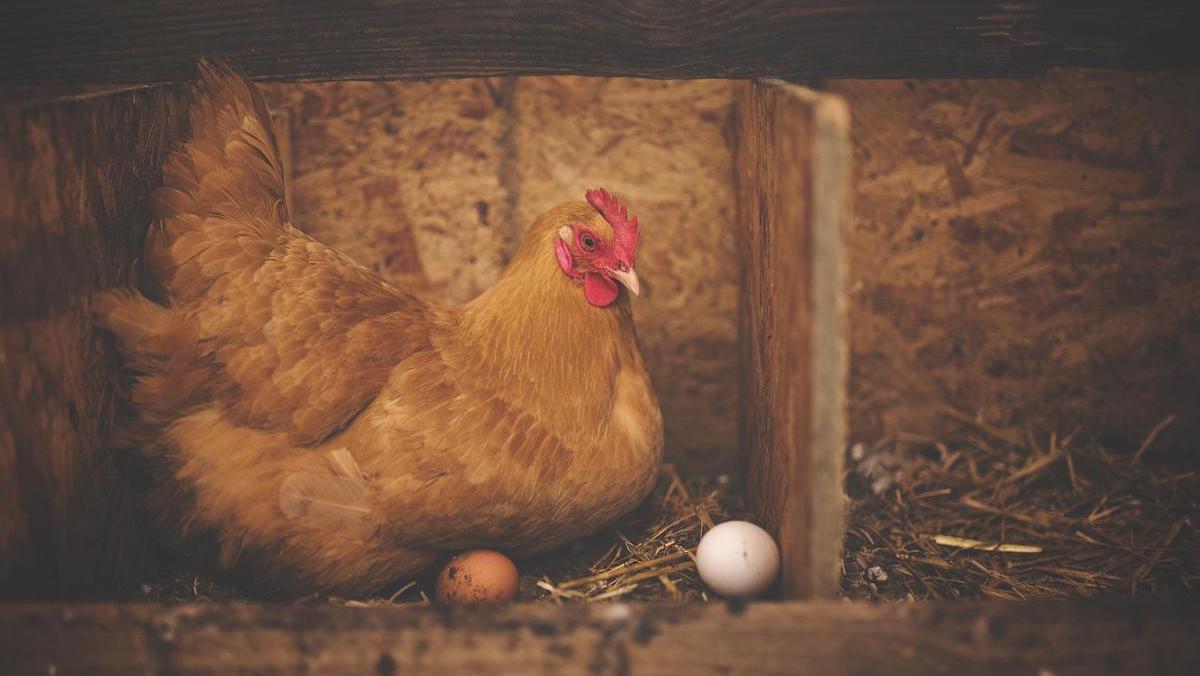 Andrew Kenny believed the morality of animal rights would become the great moral issue of the 21st Century, but was sadly disappointed: if anything, quite the opposite seems to be taking place. The intensive factory farming of animals, the worst cruelty to animals in history, seems to be getting worse. He notes the brutality of battery farming chickens, and questions the usual reason given for the practice – that poultry is a cheap source of protein for the poor. And local chicken farmers fight a familiar fight with the local importers over free trade versus protection. “Fair trade not free trade” is one of the most weaselly slogans I know. It argues that we must not trade freely with countries that engage in “predatory dumping” of their subsided or surplus products, but usually it is just an excuse to stop exporters giving us cheaper or better products than local producers can. In the case of chickens, the importation of chickens farmed in extreme cruelty should be stopped – but the trouble is there seems to be no difference between abominable chicken farming in South Africa and that abroad. Read below to find out more. – Sandra Laurence

Two South African combatants are engaged in a mighty chicken war that rages through our media and in which the main battleground seems to be the letter pages of our newspapers. The two hostile parties consist of local producers and local importers of chicken products, who fight each other over tariffs on imports – protection of local farmers.

I have a clear idea on which side I stand on this economic matter but this is of minor concern to me. Of much greater concern is the third party: the chickens. I think the battery farming of chickens is a moral abomination and, if I were Lord of the Universe, I’d ban it outright.

Some years ago I predicted that animal rights would become the great moral issue of the 21st Century, as slavery was to the 19th Century. So far my prediction has not come to pass. Quite the opposite, intensive factory farming of animals, the worst cruelty to animals in history, seems to be getting worse. It doesn’t seem of much concern to most people. There are economic issues here as well as moral ones but the moral ones matter more to me. I think slavery was evil – or rather is evil since it still exists in certain countries. Britain ended the Atlantic slave trade, from which she had made a fortune, for moral reasons, not economic ones. The USA fought a terrible civil war to end slavery for moral reasons, not economic ones. Slave labour in the cotton plantations of the South was still hugely profitable when slavery was abolished (by the 13th Amendment, passed in the US Congress in January 1865). Battery farming should be ended for moral reasons, even if it makes sense economically – which I don’t think it does.

The local chicken farmers fight a familiar fight with the local importers over free trade versus protection. “Fair trade not free trade” is one of the most weaselly slogans I know. It is uttered by Oxfam, Greenpeace, and Donald Trump. It argues that we must not trade freely with countries that engage in “predatory dumping” of their subsided or surplus products or who exploit their labour or who abuse the environment. Usually this is just an excuse to stop exporters giving us cheaper and better products than local producers can. However, in the case of chickens, I think I should try to stop the importation of chickens farmed in extreme cruelty. The trouble is that there seems to be no difference between abominable chicken farming in South Africa and abroad.

Fifty-years years ago I gave up eating meat and poultry as a gesture of support with the animals we abuse. I have been brooding over my hypocrisy and inconsistency ever since. I eat fish, eggs, and dairy products, all of which entail animal suffering and abuse. The death of a fish, whether by hook or net, is far worse than the death of an animal in an abattoir. The hook rips through a fish’s mouth, sometimes going through an eye, and the fish is hauled out of its natural element into what for it is the terrible element of air, where it might take half an hour, thrashing and writhing about, to die. (It is bizarre that some people see fishing as a gentle pastime.)

I spent a week on a trawler, and saw fish die even worse deaths on its decks. When a fish that is still digesting its food is hauled out from the depths, where pressures are high, the expanding gases in its digestive system burst their organs out of its mouth and anus like horrible pink balloons. All I can say is that the fish probably lives a decent life before its ghastly death – although with fish farming this might not be the case. Dairy farming requires the young calf to be taken from its mother so that her milk goes to humans not to her children. Egg production in battery farms is hideously cruel. I only ever buy free-range eggs but I might be fooling myself about how happy the chickens are here.

I spent two months working as a labourer on a semi-battery pig farm in England in 1973. I wanted to see for myself. It was pretty horrible all right, with the pigs, except for breeding sows and boars, mostly confined to concrete sheds, never seeing daylight. I had to help the farmer castrating the little piglets in front of their mother. I had to hold the piglet upside down by his hind legs, so that the farmer could cut out his testicles, which looked like purple grapes, and toss them onto the ground. The mother often ate them. I’m told modern battery pig farms are much worse. I found the pigs to be intelligent, dignified, naturally very clean animals, but forced to suffer dirt and indignity.

Battery farming of chickens is the worst of all, and even worse for the broilers (chickens for meat) than the egg-layers. In the wild, a chicken may live for seven years. In a battery farm, the broiler lives for seven weeks – and those seven weeks consist of nothing but fear, pain, filth, humiliation, disease, and darkness. The little hatchlings are whisked away in crates to huge, dank sheds, where they never see sunlight, never peck in the grass or perch in the trees, never know their mothers or fathers, and where they are squashed together in appalling conditions. They are fed and bred to grow as big as possible as quickly as possible, so that they get crippled by their gross, overweight bodies. The egg layers may live a year. Sometimes each one would be crammed into a tiny little cage, so that she could barely lie down. This seems to be practised less in much of the world now.

The main argument in favour of battery farms, used by both our local producers and importers, is that they provide cheap, tasty protein for poor people. Kentucky Fried Chicken seems popular around the world. Friends tell me it is delicious. The tastiness I don’t doubt; the economics I do. Civilisation began about ten thousand years ago with farming, and most of that farming was based on grain. In the thousands of years since, we have added very few new ones to wheat, rice, maize and other ancient ones.

Today less than half of the world’s grain goes to feed people. Some goes into biofuels, which I think is wasteful and immoral. Most of it goes into feeding animals, and does so very inefficiently. Only 3% of the calories in the grain that cattle eat goes into the meat they make. Poultry farming for meat is better at 12% and for eggs is better still at 22%, but they are still inefficient. If all the grain went to feed humans directly, we could feed twice as many people.

People like the taste of meat, and there is no doubt that modern humans would not have evolved without eating meat. Humans are apes. More specifically we are a type of chimpanzee. We departed from the Common Chimpanzee about five million years ago and our main differences from them are a larger brain, a smaller jaw, and shorter intestines. By eating meat and by using fire (which was discovered long before the appearance of modern man, Homo sapiens), we required less chewing and smaller digestive organs, allowing us to have bigger brains. Chimps eat meat too, but less than us and they don’t cook it. A purely vegetarian diet is not natural to man.

In various parts of the world, including South Africa, the terrain is not suitable for crops but it is suitable for livestock, including cattle and sheep. I know a pig farmer in Cape Town where the pigs graze and root in open fields, which seems fine to me. If I became Lord of the Universe and banned all factory farming, would poor people be able to afford the meat from livestock fed on grass and the chicken meat and eggs from free-range farms? There would certainly be far fewer chickens in the world. Their meat and eggs would be more expensive but I have little doubt that it would help satisfy their needs of the poor for animal protein.

Should we care more about some animals than others? Of course! One of the silliest sayings is that “all life is precious”. Nobody believes this. 99.9% of living things are one-celled bacteria and viruses. Nobody thinks they are all precious. Some of them are essential for higher animals like us but most are not and many are dangerous. We boast about slaughtering them. “Dettol kills 99% of household germs!” We’d like to drive the HIV virus into extinction. Some of us don’t even like advanced animals like rats and snakes but we do like animals we think appealing, noble, or cuddly. I doubt anybody would be in favour of farming gorillas for their meat or pandas for their fur. Chickens are very advanced animals, with a brain structure we don’t understand. In terms of scientific classification, birds are dinosaurs, just as humans are apes.

When the great extinction of about 66 million years ago wiped out the big dinosaurs, some of the small ones, requiring less food and finding shelter more easily, survived and evolved into birds. The scales of the dinosaur became the feathers of the bird, keeping it warm and incidentally allowing flight. Just compare that rooster in the field with a picture of Tyrannosaurus Rex. A friend had free-range chickens on her smallholding in Cape Town. She told me she found them very intelligent and with a complicated social and defence structure; the chickens appointed a sentry, who perched on high places and kept a lookout for danger above. We don’t care for most bacteria or even flies and snails. We should care for chickens.

It is estimated that there are three times as many chickens as humans in the world. If I had my way, most of them would cease to exist. In answer to the most famous question in literature, it is often better not to be than to be. I should far rather not exist than exist in the hellish life of a battery chicken.