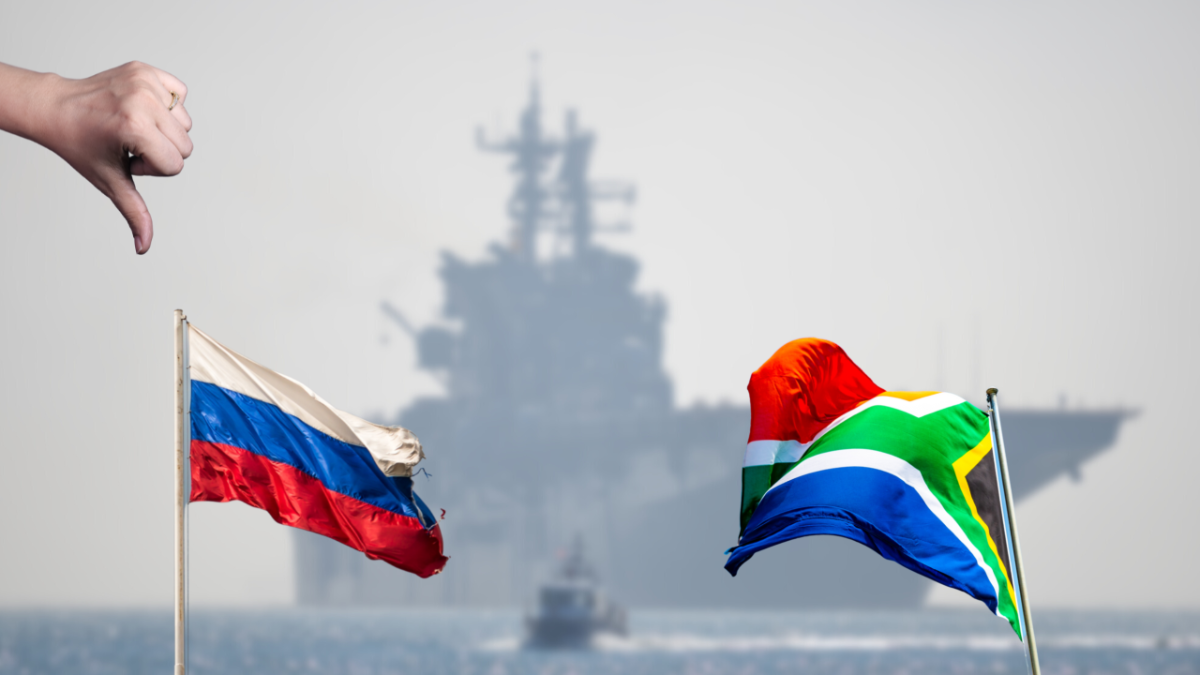 South Africa’s decision to welcome Russian and Chinese warships into its territorial waters for a naval exercise in February has been criticised both in South Africa and Western countries. The Democratic Alliance’s international relations spokesperson, Darren Bergman, said in a statement, “It is becoming increasingly clear that the South African Government was openly siding with Russia.” BBC’s foreign affairs veteran John Simpson also tweeted, “South Africa, which says it remains neutral over Russia’s invasion of Ukraine, has announced it will welcome two Russian warships to Durban next month for a series of war games together with ships of the Chinese navy. Foreign policy analyst and journalist, Peter Fabricius, told BizNews the timing of the exercise is insensitive, to put it mildly and investors may question why they should invest in a country that’s so friendly with Russia.

The timing of the naval exercise with Russia is insensitive

To my mind, it’s more the timing of the visit because South Africa does conduct military exercises, including naval exercises with the West. So, they would say and some of them have angrily responded to criticism about this exercise, “You never say anything when we do military exercises with America.” But it raises a whole lot of questions. It raises the question of if you are doing an exercise with a particular navy, it presumes that you envisage yourself doing actual operations at some point. One wonders what those would be in the case of these two countries, in particular Russia. I just think the timing in the middle of a massive invasion and artillery barrage against Ukraine, this is rather insensitive to put it mildly.

If you talk to Western diplomats, they shrug their shoulders and say, we don’t like it, but we kind of understand that this is South Africa. And South Africa likes to see it as part of a non-aligned policy, its NAM policy. They will always say we do exercises with the Americans, as I mentioned; with the Germans and the Europeans generally; the French, whatever. I think what they don’t realise is just how strongly Europe feels about Ukraine at the moment. It’s not going to lead to any Western embassy withdrawing their ambassadors or anything like that, I don’t think; unless things were to deteriorate further and the possibility that Russia uses nuclear weapons as it has threatened to do, the whole thing could descend to another level. What bothers me, though, is that investors are probably not being encouraged at a time when Ramaphosa is desperate for investment. I think some investors probably look at South Africa and question why they would want to invest in a country tha iss so friendly with Russia.

It’s not clear to what extent she was rapped on the knuckles [after she asked Russia to withdraw from Ukraine]. But certainly, Ramaphosa made it clear immediately after that statement he believed this was actually the fault of the West because of the whole story the Russians like to trot out about Nato pushing its borders up, its membership to Russia’s boundary. I can’t see her being that explicit. I mean, the conversation might kind of skirt that in the sense that I think that she would talk about peace. Is there a way for peace? In the past they proposed some kind of neutral panel or something; international elders or whatever. It’s a non-starter. As an expert who I spoke to this week said, it helps them to cover themselves to pretend they’re still promoting peace. Ramaphosa actually stated right at the beginning, after he had spoken to Putin, that he had been proposed as a mediator in this by somebody. He didn’t say who.. I mean, South Africa just doesn’t really have the clout to make any difference in a conflict this huge and globally.

South Africa has still got this kind of fantasy in its mind that because they pulled off this miracle back in early 1990s, they can do it again. They do sort of export some of their experts – people like Roelf Meyer and Ramaphosa himself before he became president – to try and help other countries deal with their concerns. But this one is just so big and so involved and one wonders whether Ukraine would really want South Africa to be mediating because it doesn’t really completely trust its neutrality.

The Russian ship spotted in Simonstown arriving in the middle of the night, the bloody-minded defence minister and signs of wear and tear in SA diplomatic relations

That was another great mystery. The main problem about it, is that it was all done in the dock, figuratively and literally. That ship arrived in the middle of the night. There were people standing on the balconies up on the slopes of Simonstown observing what was going on as far as they could tell. Clearly there was stuff being loaded and stuff being taken off. All that we have been able to establish – and it was never officially confirmed by the SANDF or Armscor – is that it appears we were purchasing some ammunition and so on that is used by our special forces. For the most part, our navy is quite aligned with Western militaries in terms of equipment and so on. When it comes to the special forces, the story goes that we use quite a lot of Russian stuff, maybe light weapons and this was a load of ammunition. Now, whether anything was going the other way, that is the big unknown because obviously there was a concern we had provided [to Russia]. The military experts said they didn’t think we had a whole lot we could provide them, usefully. There was some talk about drones because they’ve been using drones a lot, mostly Iranian drones, as we know. Thandi Modise as defence minister, has obviously decided to hell with you. We don’t have to tell you what we’re doing. These are our friends. We associate with them as we choose. I think she’s been more tough-minded and bloody-minded really – to put it directly – than her predecessor on this. She had a clash with the US ambassador when he raised some issues about South Africa’s partiality towards Russia. So ja, there are signs of some diplomatic wear and tear as a result of this. I don’t believe the Americans are likely to do anything drastic like pulling or anything. To some degree, the view has been from the Western embassies that we need South Africa on our side. It’s an important country, so we cannot afford to alienate it so much that it drifts completely into the Russian-Chinese camp.

That is potentially a problem. South African officials are quite apprehensive about precisely that issue, which happens to have fallen on their watch in a year in which we are chairing BRICS and so we are going to have to manage it. You can tell that for Russia, in particular. Well, also maybe for China; they are trying to shape BRICS into more of a support group right now when both of them are under pressure. China was also declared a NATO rival for the first time last year by NATO. So that is pulling them closer together. Last year, after the summit, Venezuela and Iran seemed to be pariah states in Western eyes for obvious reasons; I suppose kind of naturally gravitating towards BRICS. That is going to be quite an issue because South Africa has tried to present BRICS as being, again, quite neutral. It’s not an anti-Western thing but more about securing independence of emerging nations, additional sources, almost like a supplement to other sources of finance. For example, the BRICS New Development Bank; they see it as supplementary to the World Bank and IMF. However, if the membership starts going in that direction, that could be an issue.