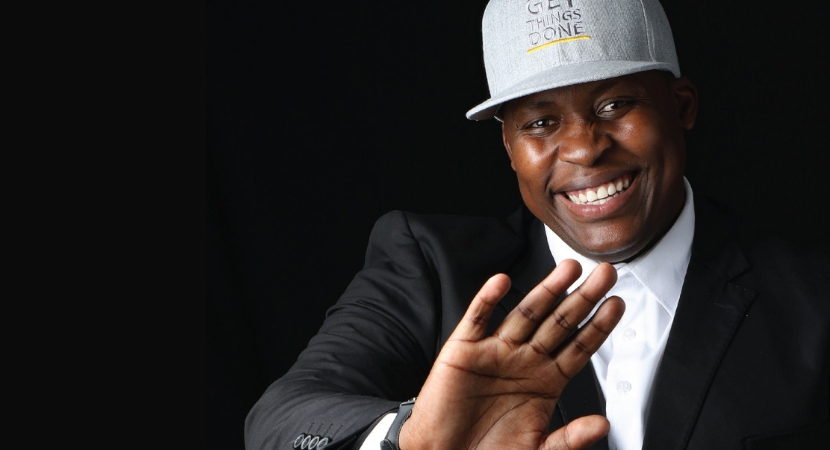 JOHANNESBURG — There are two things that will solve South Africa’s economic woes over the long-term. The first is improved education standards, particularly at primary and secondary school levels. Our feeder systems into tertiary level need to be of the very highest standard, but right now they’re a complete mess and fall totally short of global standards. Secondly, we need greater levels of entrepreneurship. We need SMEs to become the engine of growth. One man is trying to spark the latter by encouraging township residents to create their own businesses. Meet Bulelani Balabala. – Gareth van Zyl

Bulelani Balabala is the founder of Township Entrepreneurs Alliance (TEA). Bulelani, it sounds like a very interesting initiative. Can you tell us more?

Thank you so much for the opportunity. So, TEA was an initiative that I started four years ago. This is now, I think in early 2015, and I started this initiative out of the pure need and desire to groom and bring access to information to township entrepreneurs. So, I myself am a township entrepreneur. I’ve been an entrepreneur now for the past 14 years. I’ve been active in my current business for the past 12 years, which is a brand manufacturing company and when I looked at some of the things that influenced the growth an,d also, the challenges that I came across – it was either infrastructure or access to information and so on. So, I think one of the key things that I wanted to do with the initiative was really to breach the gap, right. Not to necessarily say, you can fast-track entrepreneurship, but I don’t think entrepreneurs need to struggle with things like information and it should be… And having access to information is such a key factor that it keeps them from getting to the next level.

The TEA program now has been running as workshops every Saturday of the month, predominantly in the Gauteng area and we’ve had pilot programmes or workshops moving in and around different parts of the country. These are really just two-hour sessions that we host. We bring in different speakers, corporate representatives, and government representatives to speak about the different initiatives they run for entrepreneurs, and what opportunities are available and how entrepreneurs can participate.

It sounds really great so how have township youth and entrepreneurs responded to it? How many people have you signed-up?

We’ve got a database now of over 7 000 entrepreneurs that we have come into direct contact with. When I say, ‘direct contact’, I mean entrepreneurs that literally came and sat at a session and went away with information, networking or whatever other opportunities they were able to identify. But I can’t speak of the hundreds of thousands of young people that we have on our digital platforms, who are constantly asking us, when are you bringing TEA thing to Durban, for instance, or as a permanent feature, or to Cape Town as a permanent feature? The entrepreneurs have responded well.

So, one gentleman resigned from his job and right now he’s running a growing entity. I think they’re in their second year. His business focuses on early childhood development. The other gentleman, when he started coming to us a few years ago, he had a matric certificate. But he’s gone through to starting his own food business. So, they’re doing gourmet ribs and wings. They started out making about R7 000 a month. They have now pushed that up to R37 000 a month. I’ve seen him grow over the years.

What inspired you to do this because you’ve had huge success with it? You’ve mentioned how you’ve signed-up over 7 000 people.

Yes, I think for me it’s really nurturing the landscape because, for me, personally, when I grew up, I was raised by a single mother. I grew up in your typical four-roomed household on the township, with two of my uncles, two aunts, my mother, my grandmother, my granddad, my cousins – we were sleeping on the floor. We were sharing teabags, I was sharing underwear with my older brother. So, it’s a typical story of challenges and trials and tribulations, right. I think because of that particular experience I’ve always felt the need to pay it forward, one way or another. I could be on my last R100 but I feel the need to pay it forward.

That was why with TEA for the first two to two-and-a-half years there were no profits. It was initially money coming from my own pocket and you must also understand that because we’re trying to break down barriers of thinking, for the entrepreneurs that have come to a typical TEA session, we make sure that there’s Jacob’s coffee there, and there’s Nescafe, there’s Frisco, there’s still water, there’s stuff that they wouldn’t ordinarily experience at their homes, right. Another thing that inspired me to make sure that TEA is an excellent and premium event that was acceptable to everyone was purely because any time I attended personally or even witnessed a workshop – or rather a government intervention in the township – it was done as though they were doing people a favour. So, the whole budget wasn’t there, it didn’t come across great and the content was a bit sketchy.

I think solving a lot of South Africa’s economic problems really relies on us uplifting townships, isn’t it? Getting a stronger culture of SMEs going there because that’s where the bulk of people are.

Yes, that’s true and I think another thing as well is when you look at the economic crisis right now. The unemployment rate that we have in the country right now is really only going to get solved when you get SMEs being supported. I think I was reading somewhere that in one of the countries, for the first five-years you don’t pay income tax, as a means to help you position yourself. And SMEs get preferential support in terms of procurement and other things.

I think that’s what we need to do in the country. Instead of making enterprise development a tick box, you have enterprise development programmes attended by people who don’t even know the landscape. But it’s purely because they know the owner or the CEO of that particular company. We need to then re-evaluate and act because we’re sitting now with a lot of young, amazing entrepreneurs with great ideas. So, this is not just corporates who are not fully participating but really understanding the landscape of entrepreneurship because I still say, with government programmes they need to be sub-contracting 50% to 80% of the work for these big contract events – to entrepreneurs. SMEs – whether white, black, or Indian, it doesn’t matter but they need to be calling them out.

Refuse to start a new week without a clear plan. Before you sleep, write down & implement so you can achieve your dreams #GetThingsDone

If they’re coming to Cape Town and there’s 10 000 of them and it’s a government initiative – yes, you can still get your large corporates but give these guys experience because where are they going to get the experience from and they’re spending R40m on international events and campaigns coming into different cities, right, polos and golf days and whatever then let’s say, let’s talk to those golf brands and say, can we get in 20 of our entrepreneurs to come in and participate so that there’s some economic impact for those young people. Whether black, green, and gold it doesn’t matter because we are the ones left to pick up the pieces of a failing economy.

Can you tell me more about the fourth annual Township Business Innovation Summit taking place next month?

Yes, so the fourth annual Township Business Innovation Summit really becomes the culmination of all the work that we’ve been doing throughout the year. So, it really becomes a day where entrepreneurs get to meet. Our normal Saturday sessions, the two-hour sessions, are anything between 50 and 100 entrepreneurs, as opposed to this one, there are about a thousand to 2 000 entrepreneurs all in one venue in the township. So, it gives it a great opportunity for entrepreneurs, number one, to showcase their businesses, and their products. There’re exhibition stalls, and tables available. It gives the corporate an opportunity to come in and engage with the entrepreneurs, sponsor the event and also, get an opportunity to show what they do and how they do it. You’re inviting government and amazing business people to just come in and just have a day of knowledge sharing, festivities, exhibitions, and possibly sales as well on the day.

Bulelani, just very quickly, for any corporate or sponsors out there who want to get involved, how do they get in touch with you?

Any sponsor that would like to get involved please don’t hesitate. You can email us at [email protected] that’s maybe if you prefer email. Or if you forget the email, just go to our website. You’ll find all the details at www.joinusfortea.co.za and you can get all the information. We’ll gladly, love to host you there and the event is free to attend.

Great, Bulelani, thank you so much for chatting to me. It’s been fascinating finding out about it.

Thank you so much, Gareth, have a beautiful day.