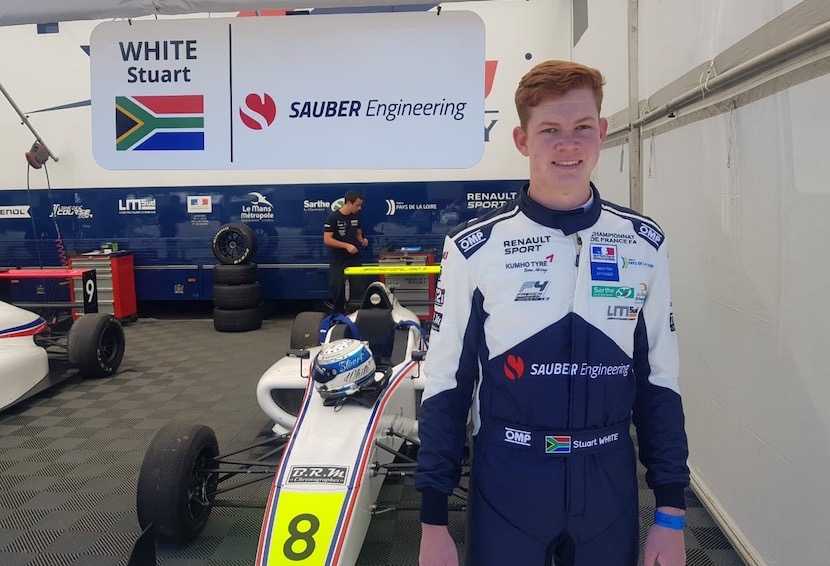 In motorsport circles in South Africa, Stuart White has been called the Bloemfontein Bullet, White Lightning, even Baby Vettel or Stuwie. White is a 17 year old teenager from Bloemfontein who has been taken on by Sauber Motorsport earlier this year where so many great drivers like Kimi Raikkonen and Charles Leclerc started their Formula One careers. Like many other Formula One legends, Lewis Hamilton comes to mind, Stuart started his career in go-karts. He is currently competing in the French Formula 4 Championships under the Sauber banner where we caught up with him. – Linda van Tilburg

Stuart’s dad, David White used to race in South Africa and as a small boy he had the same passion. Stuart was only five or six when he started go-kart racing in 2006. He went on to win several championships including at the age of 14, the title of Junior ROK Championship. In 2016 he stepped up to the main circuit and started competing in single seaters. Just three years later the offer came from Sauber Motorsport to be included in the company’s new junior team. 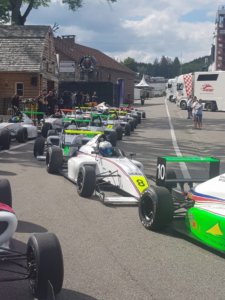 The CEO of Sauber Motorsport, Frederic Vasseur described Sauber as a promising young driver that has impressed with his determination and skills. Speaking from Brussels where Stuart was competing in the French Formula 4 championship, the teen described his inclusion at Sauber as the best thing that has happened in his career. White says it has been a difficult year so far because the level in the French championship was so high, but he was quite happy “to score three podiums.” White is currently third in the championship and said there was still “a lot of racing” left in the season and he was working hard towards preparing for the next race.

He says some talented drivers find it hard to progress to bigger leagues because it is difficult to secure a long term sponsorship deal which is needed to progress to the next level. That is why the Sauber opportunity is such a big deal, as it gives him the opportunity to be part of a junior team that can take White to Formula One racing.

White says he is learning a lot from the Sauber team and even if it does not lead to Formula One racing, it opens up many other directions. Right now, the goal is “obviously” to get into Formula One and that is what he is working towards. White eagerly takes everything he experiences on board to try to make that a reality. The Formula One racer he looked up to most when he was younger was Sebastian Vettel, but since meeting Charles Leclerc who is in the Sauber team, Leclerc is now the Formula One racing driver that he aspires to be like.

The young racer welcomes the presence of young drivers like Dutch driver, Max Verstappen who are now getting opportunities in Formula One Racing, which shows Formula One teams whose drivers have been racing for them for a long time, that the younger drivers can hold their own even though they may be only 17 or 18. 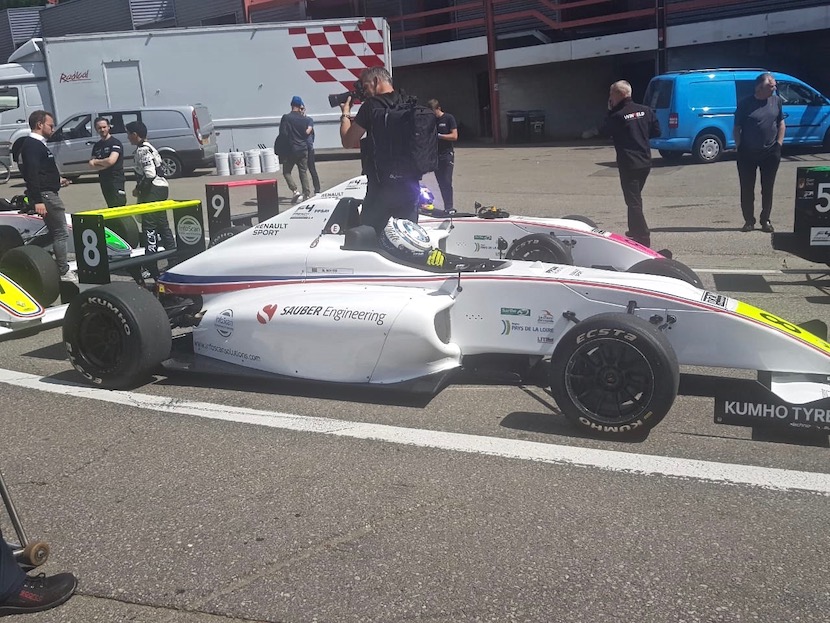 His parents are used to the stress of watching their son racing at speeds of up to 230 kilometres per hour, but White says it does not mean that they experience less stress when he goes to a race weekend. Stuart says they are aware that there is a lot of risk involved, but they support him 100 percent and without them he would not have been able to choose his dream career. His parents, David and Jeanne are his biggest supporters and push him every day to become a better driver. His sister, Andrea also raced go-karts for a while.

White is careful when asked what his dream driving team would be, saying that being part of the Sauber team and have the opportunity to progress in their team is a dream come true. He wants to get into Formula One racing first and is not looking at what the ultimate team would be to drive for. 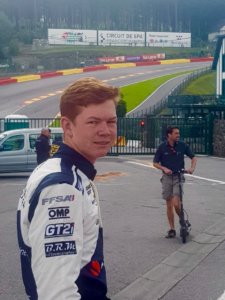 White was in Grey College in Bloemfontein, but left school to pursue his career and is now home schooled. He plans to finish matric in 2019 depending on how taxing the racing season is, but if he can’t, he may postpone it to next year as it is difficult with the amount of travelling he does. While most of his friends come from the racing world, he says he does catch up with his old school friends from time to time. He does not feel he is missing out on anything by pursuing a racing career at such an early age.

For now, it seems to be foot on the pedal as he tries to follow in the footsteps of Jodie Sheckter, the last South African Formula One racer. There has not been a driver from South African in Formula One since 1980. And as we switch to Afrikaans, he is from Bloemfontein after all, I get a very polite, “Dankie Tannie.”