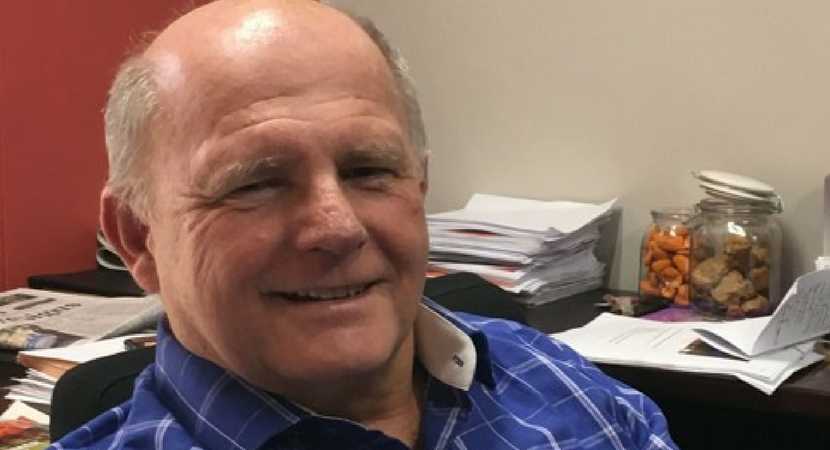 For centuries, it seems, South African culture has divided public and private sectors into “us” and “them”. Partly for historic reasons, but also because of disrespect for the other side, mostly born from ignorance. It doesn’t have to be that way, as countless examples from elsewhere in the world has proven. Among the best examples is Japan where close co-operation between companies and bureaucrats is regarded as the reason for the nation’s ability to rebuild from the nuclear bomb ashes of the Second World War. Prodded on by Toyota Europe’s boss – a South African – the country is starting to follow that example through the PPGI – the Public Private Growth Initiative, which brings role players in more that 20 sectors together. One of the drivers of the project, GIBS founder and former dean Nick Binedell, provides insights and an update on progress. – Alec Hogg

It’s a warm welcome to Nick Binedell with Johnny Clegg’s music playing in the background. A huge loss to the country and one hopes that we don’t forget his legacy of love and tolerance. I know you are someone like Johnny Clegg Nick, continuing to serve after stepping down as the dean of GIBS. You got yourself pretty involved in trying to sort the country out. Just take us back to this public private growth initiative that you are intimately involved with. Where does it come from?

This came about after the president’s first solo speech. He had three in January of 2018 and he put in the phrase “Thuma Mina” (send me). Johan Van zyl – the CEO of Toyota in Europe, Africa and the Middle East and I got hold of Roelf Meyer and a few of us got together to talk about what we should we be doing and how we can “Thuma Mina”. He brought the idea to us of working at sector level. We went to the president with some sectors in mind and he challenged us to broaden that from 3 to 10. We’ve ended up with 23 sectors in the project. The project was initiated in April of 2018 and it took a while to get going. It was allocated to the presidency where we had some very productive meetings with both the minister and the DG and then we broadened it to engagements with the economic clusters. In September we had a major session with the president and about 20 members of the cabinet to talk this thing through.

So let’s go back a little 2018. Cyril had his State of the nation address, we’re all in Ramaphoria, he says “Thuma Mina”, Johan Van Zyl – who’s a South African who runs Toyota in Europe, a huge job over there, says you’ve got to do something about it Nick. You all get on your bicycles and start working. You were looking at 3 sectors, to do what within those 3 sectors? If you’ve expanded them to more than 20, presumably it’s a lot more work.

Right. He’s been an integral part of it even though he’s based overseas and has had a number of meetings with us and given many good ideas. His main insight was for us to work at the sector level rather than the whole national economy and to look at particular inhibitors between government and business, and work on trying to remove them, to get the urgently needed domestic investment happening. Of course we all know the president initiated his foreign investment team which has been working away for some time. This is about domestic investment and it is a lot of work. We’re all volunteers facilitating these dialogues. What’s been very striking is the very constructive response we’ve had from government, both politically and in the cabinet but also as importantly if not more importantly at the DG level. So we’ve had a number of dialogues with governments that are industry specific. We sometimes all meet together but often they are bilateral meetings where the sector is trying to identify some of the hurdles. As we all know, companies are sitting on their cash and there’s a huge amount of investment potential. So although we haven’t really got to the takeoff point yet, there have been very constructive discussions.

So let me just get this right. Johan Van Zyl being Toyota, understands how the Japanese do things. Does he draw on that?

Absolutely and the example he used in our first meeting was with the Japanese Olympics. How government simply called industry together and allocated tasks for them to make sure that they would have a fantastic event, which of course they did. So we’ve had a very good response from the private sector as well and the industry associations and it’s got the momentum going – which we need to maintain. We’ve been able have very frank discussions at DG level and DDG level.

Kinda pulling in the same direction probably for the first time.

Yes I think the response we had, with very frustrated DG’s who were really trying to get things done, is good. This is a fresh approach and it was a face to face engagement. Very often what happens in chambers of business, the talking at summits tend to be quite general. These are quite specific. Here’s a problem at the port, a problem around tourism – we all know about the visas which we’ve not made enough progress on. They are quite specific, sectoral specific inhibitors that we identified jointly.

Nick, sometimes when you just sit across the table from somebody that you haven’t engaged with before, when you have a common interest magic happens. Are you seeing any magic going on here? Are any scales falling from certain eyes?

I think both sides realise that this is such a critically important environment. We are suffering from no growth and in a fragile new democracy like ours, if we don’t generate growth we are going to get into very serious problems. Growth of course mainly comes from fresh investment, especially the restructuring of our economy, which is so desperately needed, both in terms of transformation but also in terms of the new economy. So there is an appetite amongst people to say let’s start again. So many CEOs have said to me it’s been impossible to get hold of a minister for years on a particular issue they face. And of course it’s not all one way traffic. We had to make sure that we weren’t coming just to plonk projects on the table that weren’t going to make a difference to employment. They had to be spatially useful as well, because our economy is so skewed in the major cities. I think there’s been a reasonable meeting of minds but it’s still very early days. What’s astonishing is how complex some of these things are. They’re simple to identify, but very often the problem is in multiple ministries or at multiple levels – national, provincial and local. So some of these are quite complicated.

That’s a very interesting question. I remember when I was a youngster thinking how powerful chief executives must be. They must be like generals where they issue an order and immediately it gets followed. I discovered that’s not quite so in companies and it’s less so in government. Governments are essentially very bureaucratic in nature. It’s astonishingly rules driven and I think there’s been a bit of hesitancy to make dramatic decisions. If I study the Asian economies – we’re just doing some research on the entrepreneurial states in Asia, government really lead the growth of those economies. We haven’t seen big decisive projects. If you go back to the 1950s when the National Party developed its industrial park system, these were big bold decisions, where the Eskom’s and Iscor’s and so on were enabled to become major state owned enterprises made. We live in a different kind of economy now so it may not be about those kinds of investments but it certainly is about building capacity and making sure that the systems and hurdles that get in the way of us doing business are dealt with.