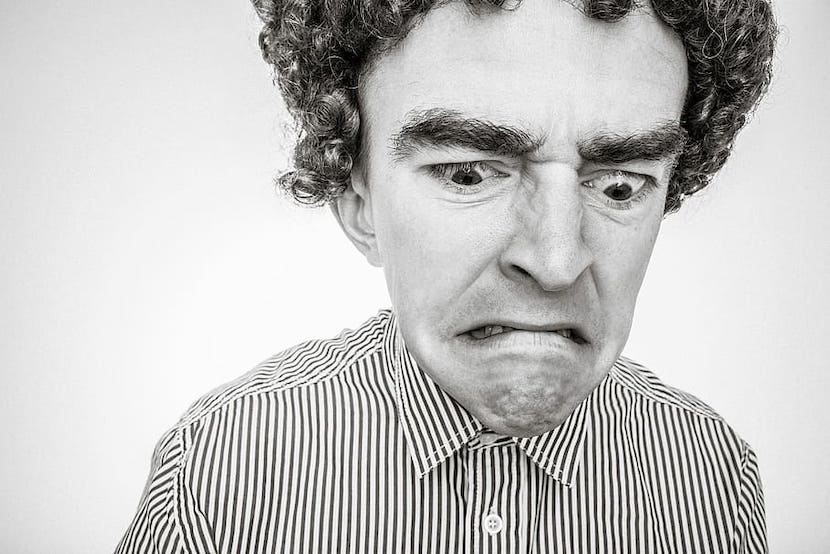 South Africans appear to be collectively angry, with this anger bubbling up in all spheres of life, from incidents of road rage to rampant violent criminal activity that dominates headlines. Lately we’ve been very angry with politicians, HSBC and Absa bankers and KPMG accountants, who have all played a role in the state capture scandal that has shaken the country and jeopardised its economic prosperity. But the root causes of our anger, says psychologist Martin Scheepers, can often be found within, and in our pasts. He takes a long, hard look at anger and violence, in this fascinating piece penned for FirstRand’s Perspectives series. – Jackie Cameron

We are living in a parallel universe. On the one hand it seems there is (perhaps) some sense of order in the world as we go about our business. On the other hand, and on a much more subtle plane, a war is being waged against our women and children. Where and how do we approach finding a solution to this problem? Perhaps we need to start with unpacking anger, violence and toxic behaviour.

The ultimate weakness of violence is that it is a descending spiral; returning violence with violence only multiplies violence; adding deeper darkness to a night already devoid of stars.  – Martin Luther King

Read the headlines on any given day in South Africa and you’ll find a new story in which the violent details take your breath away, whether it’s a pensioner being beaten up in a case of road rage, a schoolteacher being taken out by her partner in a schoolroom or a husband organising a hit on his wife.

For most of us, bewildered by the sheer scope of the abuse, it’s a case of asking, “What now?” How do we protect our women and children; how do we put a stop to this behaviour; how do we make sure that it is not passed on to the next generation.

It is important to define the differences between anger and aggression/violence. We need to assist with normalising anger as an emotion and identify its destructive (and sometimes tragic) expression, to help people distinguish one from the other. With the help of Google Dictionary, here are the definitions:

ANGER: A strong feeling of annoyance, displeasure or hostility.

AGGRESSION: Feelings of anger or antipathy resulting in hostile or violent behaviour, readiness to attack or confront.

VIOLENCE: Behaviour involving physical force intended to hurt, damage or kill someone or something.

These definitions distinguish between feelings and behaviour.

At the outset, it’s important to acknowledge the positive role anger can play. Experiencing the feeling of anger can indicate that we are being confronted with an injustice or situation of unfairness. In this instance, anger can spur us on to take positive steps to rectify the situation.

Anger is what is known as a secondary emotion and is fuelled by two primary emotions: fear and hurt. Therefore, when a person experiences the emotion of anger, there is an underlying fear or hurt. This can be the fear of losing someone (their partner), something (their job, money) or losing control over their environment, leading to feelings of vulnerability and uncertainty. This scenario can quite easily trigger an aggressive or violent response as the individual attempts to overcome their sense of vulnerability by taking control of their surrounds and those present in it. Very often, the most common trigger for anger is a fear of the unknown. And the outcome of a fearful feeling, if left unchecked, is negative in the sense of losing someone or something – a partner, money, employment, status, etc.

The role of the ego in understanding anger, and ultimately violence and aggression, is crucial. Very briefly, ego refers to one’s sense of self-esteem or self-importance. So a key question to ask is whether a particular situation constitutes a genuine threat to one’s safety or whether one’s ego has simply taken a “knock”. Sadly, many instances of violence and aggression stem from “ego damage” and a resultant need to save face. If one’s anger stems from an attack on one’s ego – real or perceived – the situation is irrelevant and not worth pursuing.

A common theme in my practice when counselling couples relates to their narrative with regard to anger and how it is expressed. All too often, the reference point is one of the following: “That’s how we dealt with anger growing up”; “In my family any conflict equalled war”; and “Dominating others physically or verbally is what I saw. I don’t know another way.” The key outcome is that aggressive and violent outbursts have become normalised because “it’s what I know”.

While I often despair at how we are going to fix the damage in so many adults, I realise that it’s an incredibly long road ahead. How do you rehabilitate learnt behaviours ingrained into the psyche, that have become normal reactions?

It’s crucial to differentiate between reactions and responses. A reaction is characterised as a quick, knee-jerk type response loaded with tension, possible aggression and with very little thought. This sets up a cycle of further reactions elevating tensions and aggression levels.

A response, on the other hand, promotes discussion and debate, which often leads to resolution. This is because a response is a calm, non-threatening engagement with the other party.

This means that preventing anger from spilling over into aggression and violence is a skill that can be learnt. The principle is very similar to that of learning a new sports skill. For example, when learning how to serve in tennis, the skill can be broken down into various unit skills which are practised individually: feet and body position; tossing the ball into the air and racquet position, then putting it all together. Similarly, changing aggressive and violent anger reactions would involve unpacking the various components of the aggressive/violent response: trigger situations; automatic reactions; connecting to how/where it was learnt; and associated feelings (e.g. fear, shame, embarrassment, frustration, etc.).

The aim is to create self-awareness in the individual and build on that by creating an awareness of the “automatic” chain reaction. When any situation, event or experience is understood, it loses its power and new, constructive responses can be learnt.

However, the first crucial step is for the individual to acknowledge that their behaviour is unacceptable, to take responsibility for their actions and to implement the necessary remedies.

But where we can start is with our kids, in our classrooms and in our homes. Resolving anger/aggression/violence issues is not a one-dimensional intervention. What is required is raising emotionally intelligent children to ultimately short-circuit the normalised cycle of violence and aggression. Children who grow up connected to what they are thinking and feeling and, most importantly, understand the reasons for those thoughts and feelings, is a critical starting point.