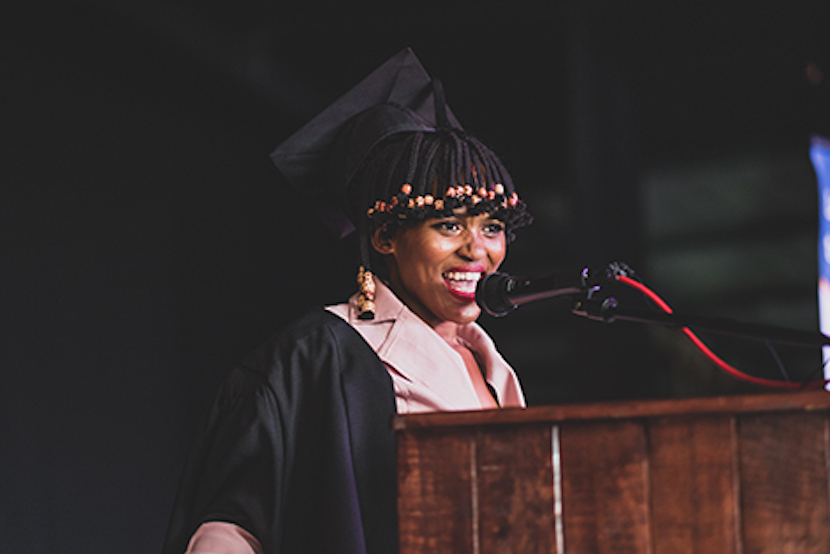 21 year old Aphelele Mvamva lives with her sister in the Kayamandi township just outside Stellenbosch. It means “nice place” in iXhosa but the hostel that she lives in, is anything but. As a little girl, she was shuttled between the Eastern Cape and Stellenbosch where her mother Nokalothi was a vineyard worker. This lifestyle meant she was forced to adapt to many different places and schools. She landed in the Red Cross Children’s Hospital after she contracted TB and was suffering from malnutrition. In her teens she went through a terrible bout of depression but poetry in her mother tongue, isiXhosa helped her to reflect on her feelings and she eventually took part in provincial and national competitions in which she excelled. Aphelele is determined not to be defined by poverty and this hunger to succeed has landed her a fast-track career in wine when she was selected as the first Drostdy Hof Graduate for a year-long mentoring programme. It is an achievement she earned after graduating from the Pinotage Youth Development Academy (PYDA). She stood out among her peers for her combination of academic performance, strong interpersonal skills and a burning desire to succeed. During the year, she will be guided among others by Distell head wine-maker, Andrew Freeborough and has the chance to meet leaders in the wine trade and be exposed to wine-growing and cellar practices. – Linda van Tilburg

Hi Aphelele. Thanks for speaking to us today. I thought we could start off by telling us your journey. Where does this interest in winemaking come from?

The interest in wine. First of all, I got it from my sister Nalo Mvamva who is a graduate from PYDA (Stellenbosch-based Pinotage Youth Development Academy). She graduated in 2018. So, she would come back explaining the wine to me and then I just fell in love with it and I just knew from there that this is for me and she believed that it was for me.

So how come there’s the family interest in wine?

I wouldn’t say it is my family because when my sister started out and she was studying; I did not know anything about it but came to learn it from her and learnt what was going on in that industry.

The area that you live in is wine country. Did it help to create an awareness of the industry?

We didn’t know much. When I was younger; the only thing that I knew was that my mom was working in the vineyards, picking up grapes, taking them to the cellar by the crate. That was all I knew; she would come back with grapes and I knew how Hanepoot grapes tasted and that was used in port wine. That was all I knew when I grew up.

Tell us a bit about your background. 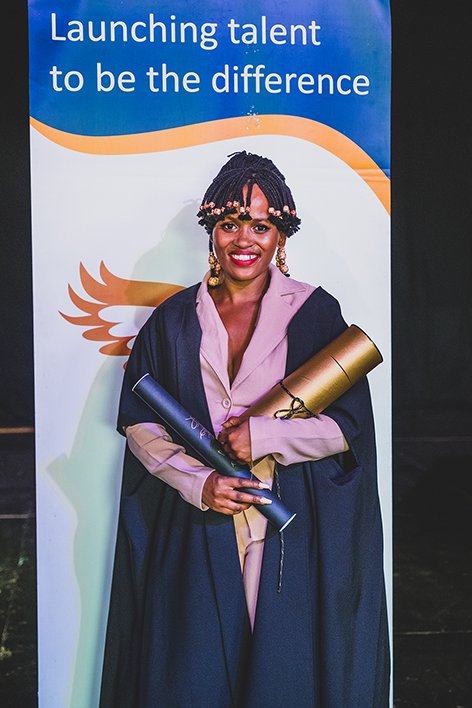 First of all, I grew up in the Eastern Cape; I am from Willowvale where my mom grew up with her mother. So, from there, I moved to Kitane which was my father’s village. So, I was moving from one place to another. Then I came with my mother to Stellenbosch in the Western Cape in Kayamandi where we moved into a hostel. The hostel is 145 which is one of the old hostels in Kayamandi. I think it was in 2004 that I came to Cape Town.

What does this programme that you’re going into now involve?

And there is something very exciting, you will be going to Sweden as well?

It’s a very cold country… Where do you want this eventually to lead to?

Simply, because I grew up in an environment like Kayamandi with my mom being illiterate and I could not get funding for further studying; I want to see myself owning my own business, employing people from my community and that is where I see myself and from there I wanna go places; I wanna go far. Actually, I don’t want to stop. I don’t want anything to stand in my way.

When you talk about a business; are you talking about wine-making or wine selling. Do you have any idea in which direction?

Yes, I’ll be glad if I could become a wine-maker. But I need to find funding for studying further; it is a struggle for me. I’ll be glad and grateful if I could get funding to continue studying.

When you look around you at other people your age; what do you think are the impediments to growth and to get out of the townships and get good jobs? 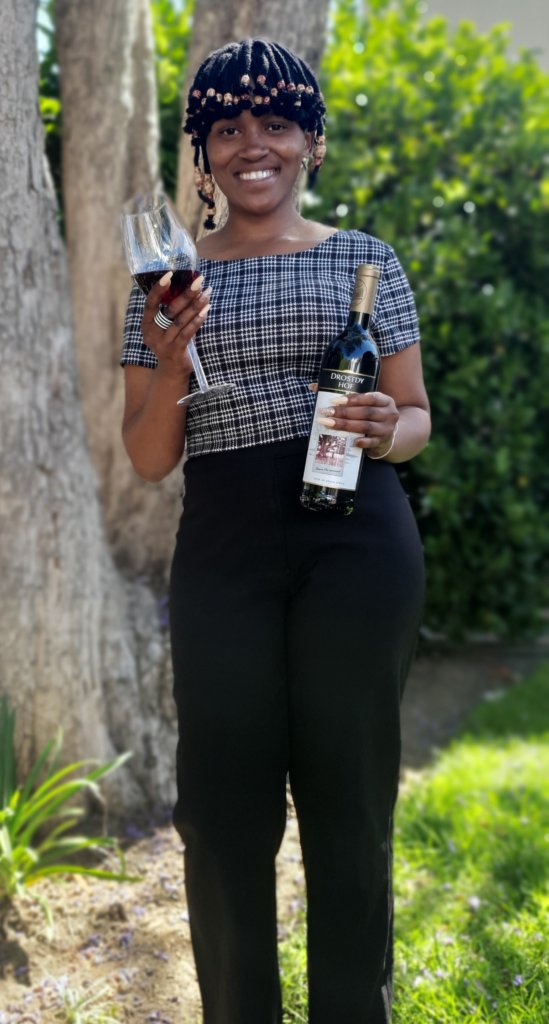 I believe it is normalising this situation because we tend to normalise the fact that we are staying in an old hostel in Kayamandi and we accept that it is normal and that things are not going to change. So, I think it is important that people change their mindset. If they won’t change their mindset; everything will just go on as it always did.

Who did you look up to and who do you want to inspire to be? What is your advice to other young people your age?

My advice to other people my age is to make sure that they never stop going to school and that they take every opportunity in their hands and make sure they always work as hard as they can to reach their goals. You may find yourself in poverty, but we are not born for poverty. It’s more about that and changing the mindset.

Tell me what is the situation like in the area that you come from. We talk about poverty but can you describe how people live? What are they struggling with?

From my own perspective and where I am staying. It is an old hostel with broken walls and windows. There is no electricity; the way you get electricity is to do some sort of illegal thing and get electricity from someone else. We don’t have any power boxes. In my room, there will be water coming inside when it is raining. And for my own room; there will be water coming inside when it’s raining. There were two days that I could not go to work, and I had to call my manager to tell him that the room is actually flooded with water. But then that never stopped me from aiming for excellence in life.

Well good luck. We really hope that this goes well and leads to wonderful things and I think you are a really good role model for your community.