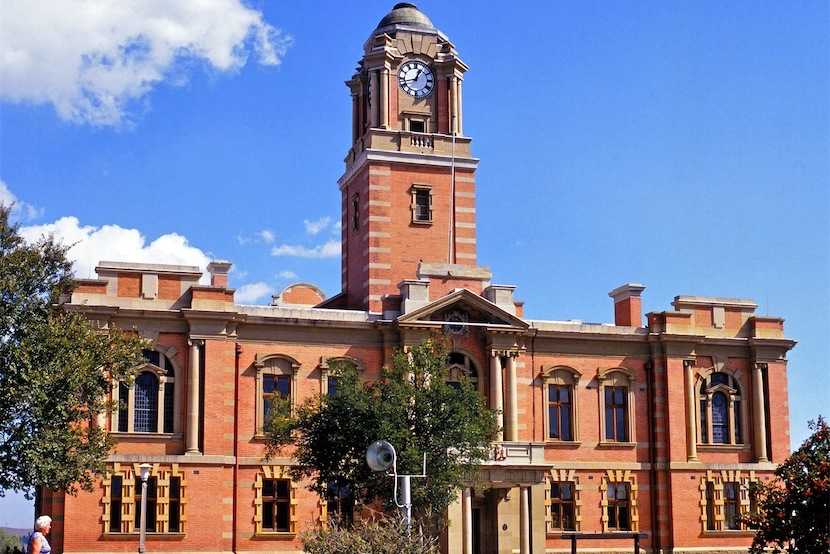 I’ve no time for bossy bureaucrats complaining about citizens ‘not following protocol,’ when they step in to do their jobs for them after their ilk waste billions of taxpayers rands and leave civic infrastructure to rot. Here a former colleague, Tony Weaver, and his documentary film-maker and Carte Blanche producer wife, Liz Fish, expose a criminally-neglected provincial border town that epitomises endemic municipal dysfunction and corruption country-wide. Harrismith’s heroes – a team consisting of voluntary township leaders and local farmers – have restored water, fixed sewage systems and reinstated electricity to the long-suffering citizens of their town, one brought to near-economic collapse by useless officials. What does the town’s administrator, brought in by the ANC to take over the provincial mess, tell Derek Watts of Carte Blanche? He whinges self-righteously about the voluntary rescue teams acting illegally, failing to ‘follow protocol,’ and says they therefore cannot be paid the millions they’ve forked out. No mention of the R4bn the Maluti-A-Phofung Municipality which runs the Harrismith district owes Eskom, gross mis-spending, or the allegedly corrupt mayor removed last year. Perhaps a public apology on behalf of the council he’s been brought in to rescue? Dream on. First published in Die Burger. – Chris Bateman

Harrismith: When the going gets tough, the tough get going

A routine WhatsApp message just before Christmas led to a discussion that more than anything tells the story of what is happening in South Africa beyond the somewhat pampered lives we live in the Western Cape.

The Saturday evening message was on our neighbourhood chat group and read “there’s water streaming across the road outside the supermarket, reported it to the council.”

Within half an hour, the next message came: “Council crew on scene.” And half an hour later, “Problem resolved.” I thought nothing of it, it was nothing to get excited about.

My brother David and his wife Gill were there, visiting from Harrismith in the Free State. They were gobsmacked by the WhatsApp exchange. They told us the most depressing tale of infrastructural breakdown in Harrismith, governed by the Maluti-A-Phofung Municipality, a vast area of 4,338km² with more than one million inhabitants, incorporating much of the former Bantustan of Qwa Qwa.

It is one of the Free State’s key economic regions, a major gateway to the Drakensberg, Golden Gate National Park and Sterkfontein Dam. Its N3 one-stop, Bergview, is a popular stopover on the Joburg-Durban highway. The beautiful Wilge River, a major tributary of the Vaal, flows through town.

But things have fallen apart. The municipality owes Eskom more than R4bn; Maluti-A-Phofung Municipality has been under administration since 2018 when mayor Vusi Tshabalala was removed amid corruption allegations; the area goes for weeks without water; rubbish collection is non-existent; the sewerage works have collapsed and raw sewage runs down the streets and pours into the Wilge, and then into the Vaal; the streets are potholed hell-runs; and the local economy is on the verge of collapse.

Read also: Power given to people fed up with local service delivery by court

Bergview One-Stop has had to go almost completely off-grid at massive expense, providing its own water and electricity.

Into the void stepped an informal group of local white farmers, black community leaders and others: the Water Heroes. After 40 days without water, farmer Petrus Claassen van Eeden went to investigate. At the filtration plant, he met community leader Sam Twala, and the two decided to fix things. The Water Heroes were born – fixing the water supply, sorting out rubbish collection, mending potholes, running the services the municipality is supposed to provide.

My wife, Liz Fish, is a Carte Blanche producer, and at the end of that conversation with David and Gill she said “this sounds like a Carte Blanche story” and last week, she and Derek Watts and their crew were in Harrismith and Qwa Qwa filming an insert on the Water Heroes that aired on Sunday, 19 January (you can watch it on YouTube).

The people of Harrismith have answered President Cyril Ramaphosa’s February 2018 challenge of “Thuma mina” – call me. They have set out to fix what has been broken by years of corruption and theft under Jacob Zuma’s ANC and the premiership of Ace Magashule.

It is a story of corruption and collapse being repeated in towns, small and large, across South Africa where the failure of basic services is resulting in environmental degradation on a massive scale.

Will the government listen to those, like the Water Heroes, who have answered the “Thuma mina” challenge? One can live in hope.