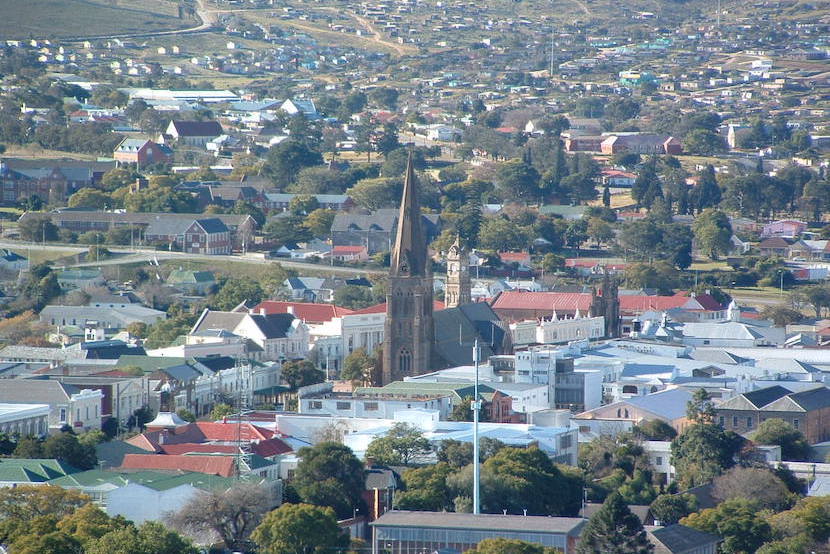 When you drive through rural towns all over the country; the potholes, rubbish that is not collected, streets that are not cleaned and general run-down look attest to a serious failure by many local councils to provide their residents with proper services. In April 2019 fury about the state of local service delivery led to protests in Alexandra, which spread to other parts of the country. The citizens of one local municipality Makana in the Eastern Cape decided not to take the poor service delivery in their area lying down and have taken their case to the courts; and they have won. Makana is the municipality which governs Makhanda (formerly Grahamstown). It is a landmark case as the residents of Makana argued successfully that their local council was not “living up to its constitutional obligation.” Joleen Steyn Kotze from the Human Science Research Council writes in the Conversation that Makana illustrates that patronage in a political system undermines good governance. – Linda van Tilburg

A high court in South Africa has passed a landmark ruling with far-reaching implications for municipalities that fail to carry out their constitutional duty to citizens.

The Makhanda High Court granted an application by the Unemployed People’s Movement that the Makana Local Municipality be dissolved. The court ordered that the Eastern Cape provincial government, under which the municipality falls, appoint an administrator to run its affairs. It will be the second time this has happened.

In 2014 the city was placed under administration for three months. This was because it was financially vulnerable, wasn’t maintaining infrastructure and service delivery had crumbled. At one point residents went without water for nine days.

That intervention failed to fix the problems.

Last year citizens turned to the judiciary, signalling that they were no longer willing to give government a chance to fix the problem. They are hoping that the judiciary can help solve the crisis of governance.

South Africa’s Constitution stipulates that local government must ensure the provision of services to communities in a sustainable way, promote a safe and healthy environment and encourage the involvement of communities and community organisations.

Municipalities are the third tier of government after provinces and the national government. This tier is also the closest level to ordinary citizens, and as such, forms the basis of the relationship between government and citizens.

inconsistent with the 1996 Constitution of the Republic of South Africa … [by] failing to promote a healthy and sustainable environment for the community.

The ruling is a victory for activists who have been embroiled in a long-running battle against the dysfunctional and incompetent municipal council run by the African National Congress (ANC). The party governs the country and most municipalities.

This is the first time in South Africa’s democratic history that citizens have been able to argue successfully in court that local government is not living up to its constitutional obligations. The ruling effectively opens the door for others to challenge poor service delivery due to incompetent and dysfunctional governance.

The precedent-setting ruling is set to cause jitters in municipalities around the country. It might see more municipalities being challenged in court. It signals that when internal structures of accountability are dysfunctional the courts can provide recourse for citizens.

It could have broader implications too. South Africans will elect new local councils next year. The court’s ruling fundamentally undermines the ANC’s electoral claim that it’s creating a “better life”. It signals that the party effectively failed at fulfilling the constitutional mandate given to it by the electorate.

The current crisis in Makana has been in the making for almost a decade. The seriousness of the situation surfaced in 2011 when it became apparent that the municipality had cash-flow problems. By 2013 there were clear signs that it was in distress.

In 2014 the municipality was put under administration for a period of three months. This meant that an administrator, and not municipal executives, would oversee its day-to-day business.

Despite this, the situation never improved. Financial vulnerability, failure to maintain critical infrastructure, and a dysfunctional billing system continued. The delivery of basic services, such as clean water, gradually ground to a complete halt:

“The city’s decrepit water and sewerage infrastructure has resulted in massive leaks of both fresh treated water, and sewage flowing down suburban roads and past schools.

Uncollected rubbish decomposes in piles on every street in Grahamstown east and informal rubbish dumps have multiplied across the city.

The roads are potholed; cattle, donkeys and other stray animals wander unchecked in roads, including national and regional roads such as the N2 which circumnavigate the city.”

The council is barely able to spend 2% of its budget on maintaining critical infrastructure. And amid a major water drought, the council effectively “chased away” NGOs willing to help by not paying them.

The Makana municipality has been unable to address the decline in governance, financial mismanagement, as well as rampant corruption.

Makana is not unique. Only 18 of the country’s 257 municipalities received a clean audit from the Auditor-General in 2017/18.

The South African Local Government Association is increasingly concerned about the parlous state of financial management and performance by municipalities.

The root cause of this collapse is that governance systems are built on patronage, rather than the principles of good governance. Appointments are political rather than based on merit, and executive and municipal positions become collateral for political support.

But those implicated have not been held to account.

The national ANC leadership attempted some intervention, replacing the Executive Mayor, but it left an ineffective municipal council in place.

Makana provides a good example of how patronage in a party-dominant political system undermines good governance. This hampers the ability of municipalities to fulfil their constitutional mandate of delivering services for citizens’ benefit.

The ANC is very aware of this problem. Yet, it is incapable of addressing it.

The Eastern Cape government has said that it intends to appeal the groundbreaking Makana court ruling, claiming it violates the principle of separation of powers. The decision is clearly driven by the ANC which runs the province and is concerned that the ruling will be used against it ahead of the local government elections.

The decision to “test the judgment to its fullest” will effectively see the provincial government seeking ways to overturn a ruling that holds politicians accountable for their governance failures.

Instead of rooting out a culture of patronage and lack of accountability in the municipalities it governs, the ANC would rather turn the issue into one of alleged judicial overreach.

Unless it changes, its ongoing electoral decline may turn into a spectacular fall come the 2021 elections.