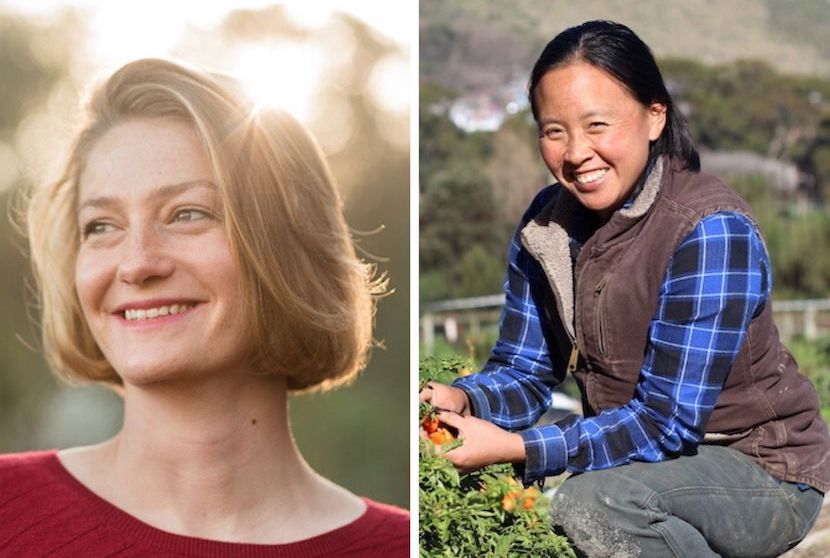 The country may be in lockdown for 21-days and the economy is virtually standing still. For many farmers the closure of restaurants means that they have no market for their crops. At the same time, the closure of schools means that thousands of children who relied on schools to give them a meal a day, are no longer fed. Two Cape Town women, Iming Lin who runs Meuse Farm in Hout Bay and Ashley Newell have come up with a solution to shift the food flow to get the produce that farmers are growing to those who need it during school closures. What is interesting about their initiative, called FoodFlowza that was started just over a week ago, is that it not only provides the needy with food aid, it also gives farmers an outlet to sell their produce. South Africans can donate on their website a bag of vegetables that will go to a needy family. – Linda van Tilburg

Just over a week ago as restaurants started needing to close down due to the response [to the Covid-19 lockdown] here in Cape Town, Iming, who runs a farm here, noticed that some of her restaurant clients were closing down. At the same time schools have closed down and a large number of children in South Africa rely on the feeding programmes that are distributed from schools. And she had the idea of redirecting this food that the farms still need to harvest, directly into the communities.

How many kids are normally fed through these programmes at schools; we are particularly talking about the Western Cape here?

Across the Western Cape, more than 76,000 children count on getting a meal at school. As well, now that we’re currently under lockdown for 21 days, food insecurity has greatly increased because many South Africans that live on a daily income, kind of hand-to-mouth are now also struggling with food insecurity. So, the need since we’ve launched ten days ago, has drastically increased.

How does it work? How do you get the food to them?

We partner with small scale farmers taking a food livelihood approach and through donor funding; we purchase batches from their farms directly and they deliver to community organisations in the townships and the communities most affected by food insecurity. 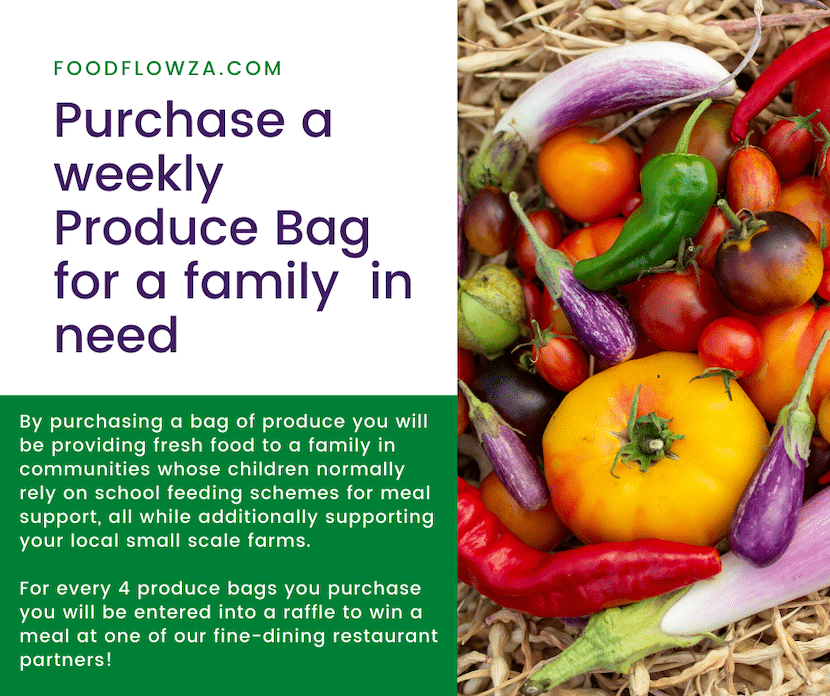 Are you working with one of the big charities?

We are financially managed by Oxfam South Africa; they were very generous to come on board and help us get going as quickly as possible. So obviously this just started as an idea and we wanted to make sure we were taking donations and managing everything as properly and transparent as possible. So, they’ve come on board to manage the financial side of thing for us.

So, this is early days yet; what is the response from South Africans?

The response has been amazing. We’ve had over 3,000 bags donated and we’re quickly working to get those distributed. We’ll be tapering it over the next weeks because this lockdown is likely to be extended and we want to be prepared to support as many organisations and farmers in a sustainable way over this time.

And are there many farmers, who say: Yes, we want to be part of this?

So, we’re working with about eight different farmers; some of those are groups of farmers that bring their veg into one collective to be purchased; we are one of their customers supporting them during this time.

What package would a family get?

Every harvest bag is six types of vegetables that they receive. And we’ve been able to partner with different local organisations to subsidise that and get some other products or even cooked food items in there as well. And occasionally some of our partners swap out a vegetable for six eggs or something like that. So, they’re all going to vary, based on what is freshly harvested and what’s available.

But we’re trying to get out a good package to support families as well. One of the great things about the food parcels is that a lot of the feeding schemes that we’re partnering with usually cook a meal and this is enabling them to limit their risk and limit their contact with beneficiaries during this time by instead delivering a food parcel. And this also supports the families in their agency to decide for themselves what they do with the veg, how they want to prepare it.  Maybe they want to distribute it among their family network. So, it’s really up to the recipients to decide how they utilise it and what the veg becomes for them. 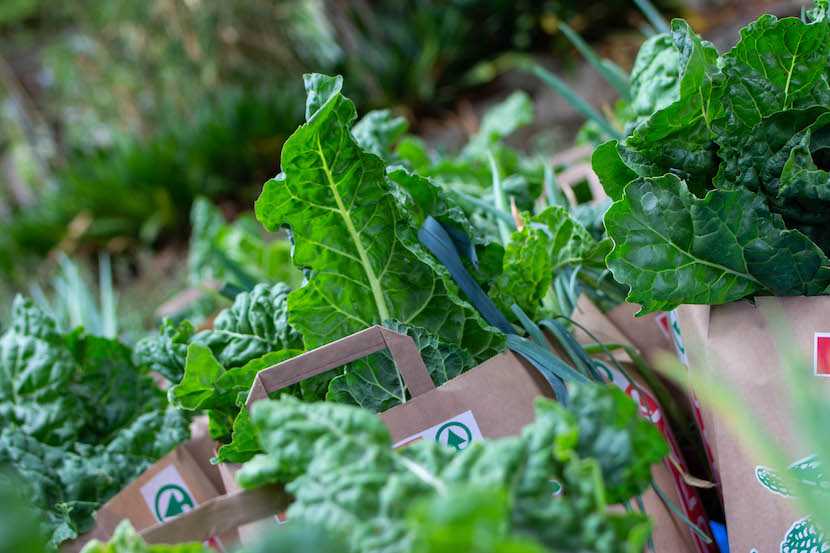 This is an amazing idea, a community idea. You were telling me about your work in the Western Cape; can this be expanded to the rest of the country?

Yes, absolutely, we have received inquiries from a few different cities as well as different provinces across the country and it’s a simple model and we’re definitely open to connecting with other groups of small scale farmers and replicating the model in other areas. We basically would connect farmers to an organisation close to them and this can definitely be done on a large scale in other cities.

We’ve got one of the farmers in the Western Cape, she’s in Hout Bay, Iming Lin with us. Iming, tell us how this works for you?

I’m actually one of the co-founders; I’m not actually a farmer feeding into the programme. We normally specialise in products for high-end restaurants. A lot of our crops aren’t things that are helpful or useful in the average household, let alone in the township households. But I have been speaking to a number of farmers who were supplying us, and I have a similar customer base in terms of restaurants and I know that for many of the farms they have lost all of their customers. So obviously someone who can connect the farmers to a market and for many of the farmers to a market that’s in their direct neighbourhoods, their own community, is necessary financially but also, I think, quite rewarding socially as well.

Has there been a large response from farmers who want to do what you are doing?

There are definitely a lot of farmers who are needing a market. There are the ones with a bit more capacity that have been able to fulfil the increase in demand of suburban at home delivery boxes. But a lot of the ones who don’t have facilities or that capabilities and have been left in limbo. So, what FoodFlow does is really give them a very good market to be able to sell into. 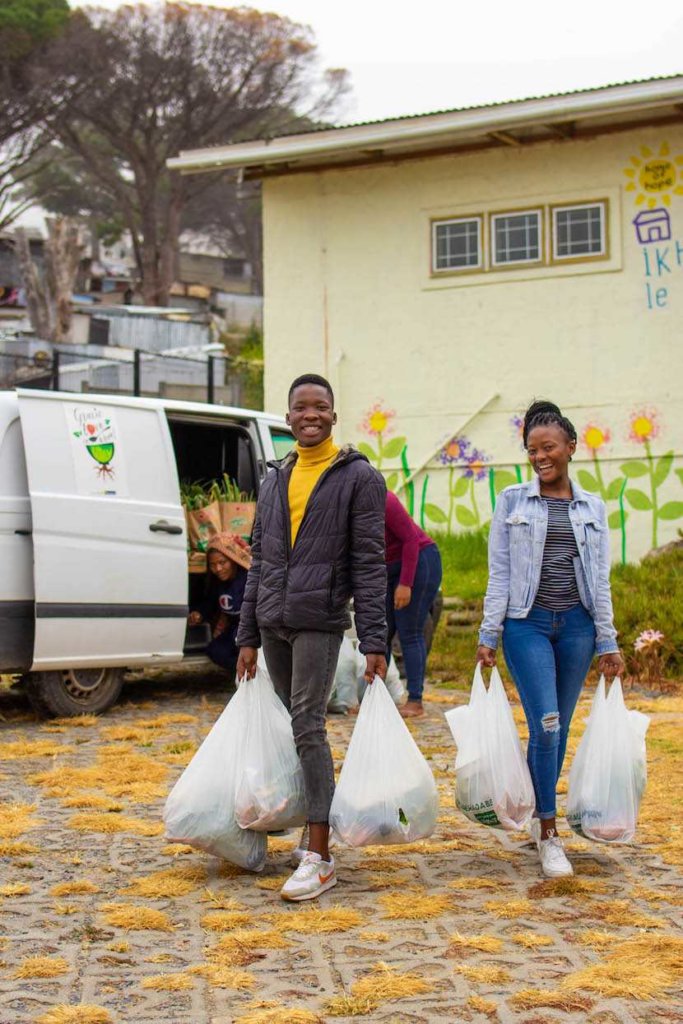 Exactly! So, one of the key tenets of FoodFlow is that we’re not just trying to solve food aid but actually to sustain food livelihoods. So there are quite a few other donation boost programs which are really fantastic; they are donated food from larger corporates or from other organisations, and then that food is just delivered into the townships or to people who need the food, which is great. And it solves obviously some of the food need for people. But the other half of our concern is, that there is this whole network of small businesses and people who were making their living growing and producing and harvesting food in various ways. And so, answering the need for food is only half of the problem. The other part is that there are these small businesses that need to keep selling food in order to survive as business people and as farmers.

This is business adapting to this new environment and practices that we might take forward after this period?

We’re really hoping it is so; we do hope that some of these farmers are linked to customers that they could keep supplying, that perhaps it is something that either private donors or larger corporate might say, okay this is a good part of our corporate social responsibility program where we actually purchase food from farmers in communities and they can then distribute it to people in need. So, we do hope that there is something long term that can come out of this. And there is quite a bit of conversation happening certainly around Cape Town about how does this force us to rethink the local food scene. But right now, a lot of our focus really is also on the short term and how do we how do we translate donor interest in supporting getting food out immediately.

If there isn’t this market for these farmers to sell their goods what would happen to it? Would it just rot on the land or be donated?

I think in many cases many cases it would ; in some cases, of course,  if it’s a crop like peppers you know the plant is still producing it. And  if they don’t have anywhere to sell it to some I don’t know if they would end up donating the food otherwise, but they obviously wouldn’t be having an income and obviously they probably wouldn’t be growing new food as well. And that ends up actually hurting people as well obviously because it’s not as much food going to people who need it; f they did adjust what they’re planting

Is this distribution process more difficult for both of you to move around with the lockdown?

So luckily food suppliers and farmers are considered an essential service but we’re a couple of days into the 21 day lockdown and everyone is just kind of figuring out the rules and understanding how the systems and the supply chains are going to work. We’re really hoping that everything goes smoothly and that all our farmers and all our community organizations are able to get the food out to the people that really need it. So, we’re taking things day by day and luckily partnering with the Western Cape government and looking forward to being able to deliver effectively. 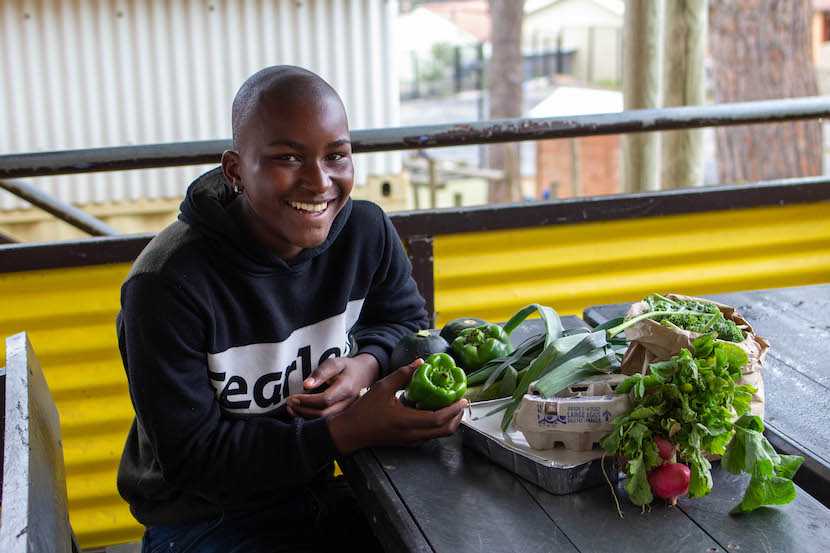 I’m so happy to hear that there is this becoming adaptable and I think that’s what South Africans are known for. We’re known to make a plan.

I think we’ve often seen both in our local community where we’re based but also in South Africa as a whole that every time there’s a challenge, every time there’s a crisis in a community people really rally and they’re very creative and innovative in creating positive social impact solutions and getting things rolling as quickly as possible for the betterment of their neighbours and their communities. So, I think where we’re feeling quite fortunate in this time to have something positive to be focusing our energy on and doing our little piece of the pie during a time, that obviously is a lot to take in.

For people who hear about this the first time, how do they access it, and or for businesses to partner with you or for anyone interested in this, how do they get the right information?

Our site is foodflowza.com, and we’re on social media FoodFLowZA and you can also email us through those channels. We’d be happy to have a conversation and see if we can get the support to as many people as possible.

Well Ashley Newell and Iming Lin thank you so much for speaking to us and good luck. I hope your venture grows and you know this is such a wonderful way of dealing with what is really a crisis in our country.