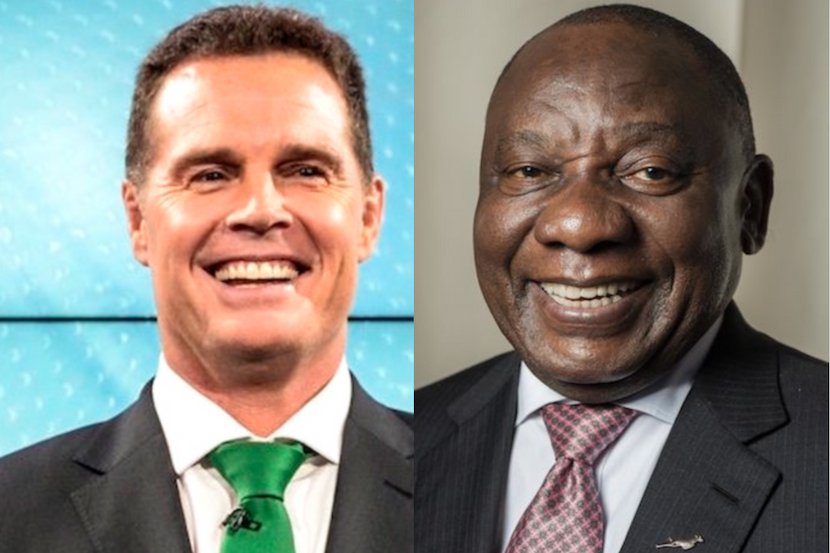 South Africa has had a rough couple of years. Daily corruption, crime and Covid-19 fight each other for centre stage in the headlines. As South Africans, we are faced with a truly depressing reality. Many of our fellow countrymen live in absolute poverty, unable to find gainful employment just to feed their families. This happens while corrupt politicians and amoral businesspeople loot and pillage. It’s hard to stay positive when we’re faced with such a depressing picture. But just because it’s tough, doesn’t mean it’s impossible – or that there aren’t things to be positive about. Rob Opie certainly sees his glass of South Africa as half full. In this note, BizNews community member Opie outlines why he thinks South Africa is set to bounce back better than ever before, thanks largely to real leaders. He wrote this 18 months before Rassie ‘took us to World Cup Champions, hence the Apollo  13 comeback  reference  after  our 57-0  loss to the All Blacks in Albany  in 2017’. The message: Rassie has taken us back to the top; Cyril , just needs more time. – Jarryd Neves

Cyril and Rassie – Engineering the biggest comeback since Apollo 13

Many moons back I had the opportunity, through sports sponsorship, to meet an up and coming young Free State rugby player.

Rassie Erasmus was a great player on the field and a great guy off the field.

Innovation was the name of his game – and for years he was in a class of his own as a flanker – going on to wear the Bok jersey on 36 occasions.

Now Rassie has his opportunity in what’s regarded as the toughest job in world.

One of the potent tools used by great champions – and champion teams alike – is the reality check.

Let’s back track a few years for Rassie (and for Cyril).

In 2007 we were crowned Rugby World Cup Champion. It was a year when the mighty All Blacks were expected to take home the Webb Ellis trophy –  but they came badly unstuck losing in the quarterfinals to an opportunistic French team.

While the world began to feel the effects of the 2008 financial crisis, South Africans enjoyed the euphoria of the 2010 Soccer World Cup – and the associated infrastructural investment.

But, suddenly we also found ourselves thrust into a long tunnel which took our country to its knees –  President Zuma would take the country to the brink of collapse by 2017.

Thankfully, we have finally exited that long tunnel.

Finally we have real leaders. There can be zero doubting that both Cyril and Rassie are in a class of their own and they’re busy engineering a better future for all South Africans. Let’s give them all the support we can muster. It’s time for us all to climb back on the horse.

My bet is that we will all be part of one of the biggest comebacks since the Apollo 13.