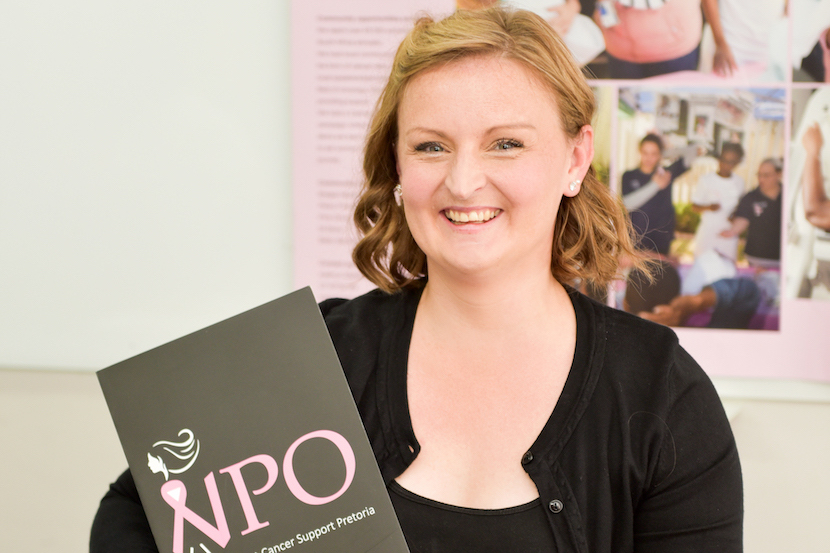 The highest mortality rate for cancer in South African women remains breast cancer. Frustrated by this statistic – and the fact that there’s an average six-month delay from eventual diagnosis and surgical treatment – Kathryn Malherbe decided to start a company which aims to speed up diagnosis. Medsol AI Solutions uses deep machine learning and AI software to identify, segment and predict breast cancer subtypes. She was one of the winners of grant funding and business development support of the SAB Foundation. Malherbe – who is also involved in a breast cancer support group – told BizNews that their product is 65% more cost-effective and boasts a 91% accuracy rate. As the software can run alongside remote connectivity units, it can also be used in rural areas. – Linda van Tilburg

Kathryn Malherbe on her background:

That was about two years ago and, initially, it was just a concept in my head. I thought, ‘okay this is pretty cool. We’ve found a way’. But I never thought – where we are now – that we’ve actually made software. My initial concept was approached to Innovation Hub and the Tech Innovation Agency, and that funding helps us to get it into a prototype and now it’s software.

We started our company, Medsol AI Solutions, last year and we’re busy piloting the software now at a couple of practices. It’s actually colleagues – people that I know from working in practice for many years. I was sitting with my husband at home and I just told him, ‘I want to do something to improve diagnosis. I’m frustrated with cancer being missed and nothing is being done. What is being done isn’t cost effective. It’s too expensive. Patients can’t afford it’.

My husband knows the moment I say ‘I’m going to do this’, it means I’m going to do this. Now, looking back, we’ve actually developed a real solution and it’s 65% more cost effective than what’s currently being used in practice – which is great. It’s good for the doctors, but even better for the patients.

On undiagnosed cancer in South Africa:

It is actually quite scary. There’s many different cancers, but the most common cancer that causes death in women in South Africa is breast cancer.It’s still the highest rates for mortality and it’s for two reasons – a lack of infrastructure at most district hospitals and rural clinics, a lack of education and a delay in diagnosis. Most women that go to the local rural clinic – if they feel a breast lump – they can wait up to six months before they get a diagnosis of that lump.

It’s not from lack of care given at the local clinic, but they don’t have the means to do a diagnosis. They have to refer to a specialist or to a hospital and that can take a few referrals – from one hospital to the next – before they actually get a diagnosis. The reason that my focus was on breast cancer, especially in South Africa, there’s a very big stigma from a cultural point of view.

We have a myriad of cultures. Most women that are diagnosed with breast cancer that live in rural areas are shunned by their fellow village members. It’s more from a lack of understanding and a fear of what it is, that these people tend to be shunned. They don’t get the support that they need.

On bringing this technology to rural areas:

That’s the exciting part. Mostly software, you need all kinds of stuff. You need Wi-Fi, fibre, internet and computers. Our software solution – there’s actually two that we can provide to rural clinics. It doesn’t need internet connectivity.It’s literally a little black box, and it connects to their phone or to a local screen. That little box is everything they need for diagnosis. It runs on its own – like a little doctor in a box.

The other method that we’re also using now is actually a new thing from overseas, from Elon Musk.  It’s a mini-satellite in a box. That little thing can be placed [and] the satellite sets itself up to a connectivity, without them having to have the infrastructure for it. The other way that we’re bringing it to the rural clinics – I think most people know about an ultrasound probe, but they’re very expensive. The one that we’re bringing in now is the size of a phone. It’s wireless. It doesn’t have the connection. It’s an app that you connect with your phone. You have the probe and it’s a great way to do remote scanning.

That’s a big thing that’s lacking in South Africa, is the means to do remote imaging and remote scanning. So what we can provide is not only the software, but also the means of procuring the images. We can help train the local nurses or the GPs that are on site – which is great because they’re going to be empowered with more knowledge.