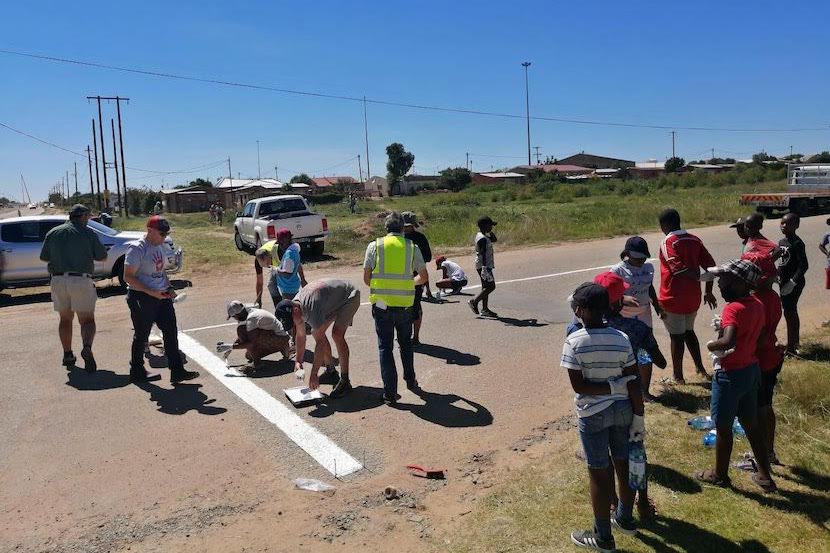 Many of South Africa’s rural towns are a sorry sight. Thousands of potholes and infrastructure that is falling apart are the order of the day, with poor municipal services to boot. But a fresh breeze is blowing through many towns, as citizens from across the political spectrum are tired of waiting for government to fix things and are doing it for themselves. An organisation that sits behind many of the efforts to get communities together is South Africa Day. BizNews caught up with Barend la Grange, the Chief Operating Officer, who has just completed a 10-day tour of rural towns to see how the projects are progressing. He tells the story of how Senekal’s 4,852 potholes are being tackled. – Linda van Tilburg

Barend la Grange on getting involved with community projects:

South Africa Day, as a non-profit organisation, realised that people are so negative about the future of South Africa – especially when they look at what is happening in rural towns, with deterioration of the infrastructure, corruption and everything that’s going on. Then we decided to start a very simple project, called Cleaning, Repairing, Painting and Planting (CRPP). We decided to look at the aesthetic side of towns so that people, when they visit the town, can see it’s not that bad – we can invest here or come here for a holiday. We try to motivate people to take ownership of their town. It doesn’t matter what the government is doing, they must clean the town and repair what is broken. To make it attractive for people to come and invest and stay there.

On whether goodwill is spreading between communities:

In the first two years was very difficult to sell this concept, because everybody said “no, it’s the government’s [responsibility]. We are not going to support you.” But it changed. People realised that if you don’t do something, it’s not going to help you who’s living in the town. This spreads, especially over the last two and a half years. I’ve been on a 10 day tour through South Africa. I visited Kroonstad. They’ve make enormous progress – it’s not looking the same as six months ago. Many towns realised they will have to do the same as Senekal, as it is one of the great success stories of how to change things. People are very motivated and we are looking forward to progress.

Everybody knows what happened in Senekal last year, with the riots and conflict. It was a very dangerous situation. Even on CNN and Sky News, they reported on what happened in Senekal. They had a meeting with all the community leaders together. That happened just after the conflict. All the community leaders, church leaders and even the political parties were present at that meeting. An EFF founding member was also at the meeting.

The ANC, FF and farmers – everybody was present. At that meeting, they had peace talks and spoke about what we can do to improve the situation. They created a forum, mobilised businesses and a memorandum of understanding was signed by the mayor of that region. They started immediately with the same CRPP project. To cut a long story short, they have just been nominated Free State Town of the Year. That is all as a result of what they achieved since October up until now.

On pothole repairs in Senekal:

When they started, there were approximately 4852 potholes in Senekal. They started to repair that. At the moment, more than 4000 have already been repaired in the last four to five months. They will be the first town in South Africa that will be pothole free at the end of next month.