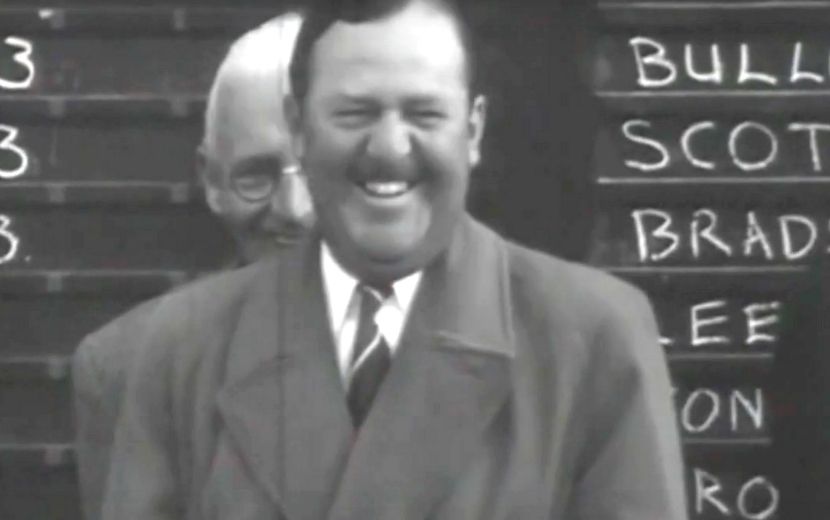 Although golf legend Bobby Locke died at the age of 69 from meningitis, the tragedy and triumph of his life and career are akin to the legendary tales of members of the 27 club. Subsequent to Locke’s arrival on the global stage of professional golfing, his only hiatuses from golf occurred when he served as a bomber pilot for the South African Air Force during World War II and following his car accident at the age of 43, as a result of which he suffered from eye problems, migraines and erratic behaviour. 13 years after his untimely death in 1987, his widow and their daughter decidedly departed in a way so devastating that it cannot be removed from the legacy that Locke left behind. Locke’s approach to golf – ‘If you give it a chance, things balance out in the end’ – is thought provoking and relevant to so much more than his golf game. This article first appeared on FirstRand Perspectives. – Nadya Swart

Bomber pilot, ukulele player and winner of 72 professional tournaments, South African golfing legend Bobby Locke was a charismatic and talented man. Although his master strokes were tragically cut short, he left an indelible impact on the world of golf.

Arthur D’Arcy Locke was born in Germiston on 20th November 1917. His talent as a golfer was evident from a young age leading to his nickname of Bobby after his hero, American amateur golfer Bobby Jones, founder of the Augusta National Golf Club and co-founder of the Masters Tournament.

Locke made a significant impact on the golfing world at the age of 14 when he won the South African Boys Championship. In 1935, as a 17-year-old amateur, he took the trophy at the Amateur Championships and the South African Open, repeating this double feat in 1937. In his first year of turning pro, aged 20 in 1938, he conquered the Irish, New Zealand and South African Opens. He was to win the SA Open nine times in his lifetime, including five in a row between 1937 and 1946.

Locke’s winning streak was interrupted by World War 11 which saw him take to the skies as a bomber pilot for the South African Air Force, reputedly flying over 100 missions. But as soon as the war ended, he picked up his clubs again and played a series of matches in the US against American Sam Snead, regarded by many as one of the best players of all time. Locke won 12 of the 14 matches and, on Snead’s advice, joined the PGA Tour. The Veldt Belter, as Locke was called, annoyed the PGA regulars by placing in the top four for 34 out of 59 tournaments, winning 11 and finishing second 10 times. His dead-accurate putting quickly became as famous as his quirky dress – baggy plus-fours, silk shirts and a necktie – his love of partying (he always had his ukulele nearby) and his unorthodox technique.

“No overlapping, interlocking or any such finger fandangoes for him,” wrote Ned Cronin, Sports Editor of the Los Angeles Daily News, of Locke’s grip. “When he latches onto a club he holds it like a ball player does a bat when he has a three-base hit in mind.” But it was his putting prowess that really made Locke stand out. “Where he excels is on the green,” wrote Cronin. “The thought never occurs to him that on some occasions, some golfers use up to three putts. With Locke it is purely a case of mind over matter… If Locke doesn’t sink it the first crack, he’s close enough to tap it on the second putt. There is something that if Locke could bottle up and sell he would be a millionaire overnight.”

“No matter how well I might play the long shots, if I couldn’t putt, I would never win,” admitted Locke, who coined the nowfamous golf credo: “You drive for show but putt for dough”. Using an old putter with a hickory shaft, he was a slow and deliberate player – which irked some players – and his expression was always the same, earning him the rather uncharitable name of Muffin Face by the Americans. The barbs did not break his concentration or his calm approach to the game. His attitude to poor shots is one many youngsters could benefit from: “I just blame the human element and leave it at that, after all, I may hit a few exceptionally good ones later. If you give it a chance, things balance out in the end.”

In 1948, Locke won the Chicago Victory National by 16 strokes, which remains a PGA Tour record for margin of victory. But the Americans seemed to have it in for him, barring him in 1949 from the PGA Tour, allegedly for reneging on tournament commitments after his British Open win that year. Many believed that his rampant success was unwelcome and that US Tour players had influenced the decision. “Locke was simply too good. They had to ban him,” said 1948 Masters champion Claude Harmon. The ban was lifted in 1951 but the experience was undoubtedly what led to Locke’s decision to mostly play the European circuit and he only made a few appearances in the US after that. It made no dent in his victorious journey and he defended his Open crown in 1950 and won it again in 1952 and 1957. In South Africa, Locke went 20 years without being beaten over 72 holes (until Bruce Keyter defeated him by a stroke in 1955).

Unfortunately tragedy struck in 1960. Locke was heading home from an exhibition game near Cape Town to get to his wife Mary and meet his newly born daughter, Carolyn. His car was hit by a train at a level crossing and he lay unconscious for two days in the same hospital as his wife and infant. His career as a competitive golfer was over and the public soon shifted their attention to Gary Player. Locke suffered from eye problems and migraines for the rest of his life and his behaviour became erratic. In 1977 he was inducted into the World Golf Hall of Fame (only the second member, after Gary Player, who was not from the US or the UK). Two years later he was handed a three-month prison sentence for pulling a shotgun on a man over a dispute.

When Locke died in 1987 aged 69 from meningitis, his wife and daughter became increasingly reclusive. They faced enormous financial difficulties and, in September 2000, in a joint suicide pact they drank champagne laced with poison. Mary was buried beside her husband and Carolyn’s ashes were scattered over her parent’s graves. Locke’s legacy is both triumphant and tragic. The sporting legend’s memory is proudly and permanently enshrined in a bronze statue at Johannesburg’s Parkview Golf Club, his home club for many years.