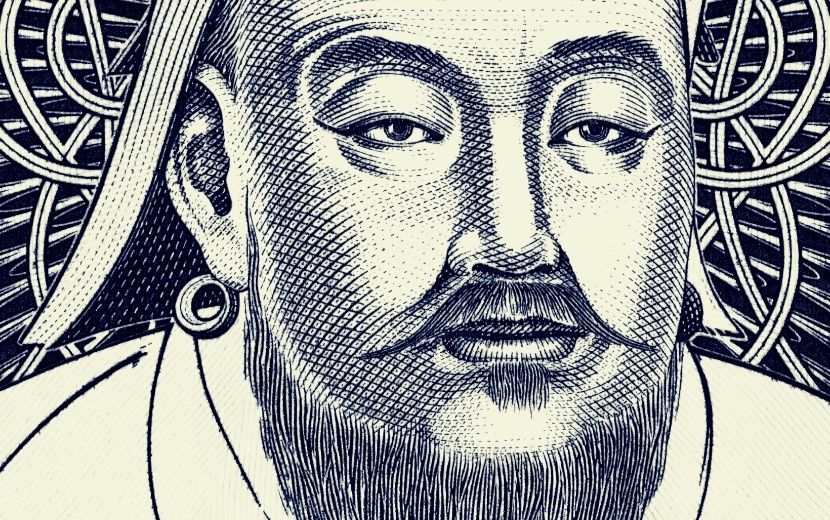 History is not everyone’s cup of tea, but stories of individuals who rose from humble beginnings and overcame great hardship to reach extraordinary heights certainly hold valuable lessons for us all. In this article, Lee Blake looks at one such individual, Genghis Khan; the Mongolian warrior-ruler who became one of the most famous conquerors of history. Blake uses Khan to illustrate the fact that empires often fall once the reigns are handed over to subsequent generations as – without the empire’s architect and his original impetus and vision – the backbone of the empire dissolves. While leaders, for the most part, no longer get to hand over control of nations to their kin – it is not difficult to find contemporary examples of inheritance and promotion through reasons of kinship over qualification. This article was first published on FirstRand Perspectives. – Nadya Swart

The rise and fall of empires

Empires rise and most certainly fall. Of most interest to me, though, are the periods between. It is interesting to note, varying from case to case, an almost inverse relationship between the entitled decadence of subsequent generations of heirs − usually harshly juxtaposed with the originator’s against-all-odds, self-made persona − and the decay of the empire. Dramatised in the film Gladiator, we saw the rule of the Roman Empire pass from the great philosopher king Marcus Aurelius, to perhaps the worst emperor Rome ever saw (luckily Rome had and would go on to survive worse). Yet, throughout history, this story seems to repeat itself; in fact, men who exhausted their substantive family inheritances on booze, gambling and women became so much of a trope amongst the British aristocracy, that they even devised a name from him − the libertine or rakehell.

To be fair, though, it is not always the fault of the heir. Any system would be laid vulnerable when its long established idiosyncratic pattern is disrupted; with the handing over of the reigns comes the inevitable exit of the architect, and with them the original impetus and vision. In spite of this, putting the sustained success of an empire, enterprise or system into the hands of one deemed worthy only by right of birth, irrespective of grooming, is always a risky gamble. If only it was possible to load the genetic dice; however, even then we must acknowledge that nurture plays a role too: the people who build fortunes and empires develop character in vastly different circumstances than will their privileged heirs.

Case in point: The Rise and Demise of the Mongol Empire

Although born a chieftain’s son, Genghis Khan was, following his father’s death, forced to survive the remainder of his childhood scavenging in the severe Mongolian wilderness to feed himself and his family. He became hard and formidable as a result, even cold to the point of murdering his own brother over a fish. He survived slavery, a period during which he was permanently shackled in what can only be described as portable medieval stocks. These experiences undoubtedly had a lasting impact on the man’s character, which, although despised in certain places, has become an immortalised example of greatness in others. Interestingly, his own background seems to mimic the chaotic political landscape of Mongolia at the time.

It is, arguably, his hard character that accounted for much of Khan’s personal appeal, and consequently his empire’s success. Although he would see it rise to dominate much of the known world, the great Khan wouldn’t live long enough to see the Mongol Empire reach the full height and greatness for which it is still remembered today − the largest ever contiguous land empire. Even so, how much of this later success can be credited to the momentum gathered by the great Khan himself? How challenging was it for his successors to simply take the advice of his masterful, handpicked generals, and allow the existing mechanisms of State and the unstoppable juggernaut that was the proto Golden Horde to do what it had been doing for decades already?

In spite of lasting longer than Alexander the Great’s Macedonian Empire, the Mongol Empire ultimately befell a similar fate, carved up into smaller, less significant Khanates, an atrophy surely sped up by the establishment of the Yuan dynasty by Kublai Khan. Upon conquering the Song dynasty of southern China, and founding the Yuan dynasty, many subsequent heirs of the Mongol Empire were raised in a more sophisticated and urbane manner, far removed from the rustic nomadic lifestyle of even the Mongolian chieftains. This point cannot be overstressed; as a people, the Mongolians were spartan in their lifestyles, basically born fighting from horseback. Prolific in their accuracy, shots fired from the bows of man, woman and child alike were timed to perfection, releasing the arrow at the exact moment that the horses’ hooves had left the ground, making it fly all the more true.

Subsequent generations of Khans had lost touch with the traditions that had originally brought them their success − their warlike history and much revered ruthlessness. A quote by John Adams gets at the nub, “I must study politics and war that my sons may have liberty to study mathematics and philosophy”. And, although priceless in peacetime, mathematics and philosophy are (unfortunately) rendered quite useless on the battlefield − the heretofore backbone of Mongol success, and empire expansion in general. The irony was that Genghis Khan benefited from his belief in the idea of merit over tradition. His most successful general had, as an enemy on an early battlefield, tried to kill him. Recognising the man’s ability, and rather than punishing him, he took him in. Eventually he was promoted to general, a role traditionally reserved for the high born alone. This was not an isolated incident either, which raises the question: how was this reasoning not taken seriously to the point of choosing his own successors?

It does, however, seem that we may have learnt from these past failings. Leaders, for the most part, no longer get to hand over control of our nations to their kin. Yet, it is not difficult to find contemporary examples of inheritance and promotion through reasons of kinship over qualification. If 35% − 45% of wealth is inherited, this begs the question whether or not inheritance retains its position as a key route to wealth and success. The indirect consequences of family wealth are worth noting too, as pointed to by the recently documented higher earnings of the so-called mediocre, wealthy children over their more talented, but poorer, counterparts. Something similar happens in the United States, where a son and father who is in the top 10% of earners are more likely to have resumes with employers in common. More on point, though, is the fact that across continents, rich families lose up to 70% of their wealth by the second generation, and up to 90% by the third. Such nepotism and inheritance, scientists say, promote family stability. It seems to be inherently human (and even avian), then, to award important positions and wealth to the well-connected, albeit potentially incompetent, among us: promoting stability at one level and instability at the next. Surely a recipe for disaster, especially at the scale of empire.

It would be throwing caution to the wind, however, if I was to romanticise struggle and hardship as moulders of great character, whilst not also acknowledging that it is an unexplainable anomaly that some manage to make such feats under such dire circumstances. It is not called the poverty trap for nothing. It is always the exception, and never the rule, that struggle produces greatness; and it is perhaps a law of nature that life doesn’t let us be better than our given natures − only worse.

It is important, then, that we give due consideration to seeking out and lifting up the deserving among us to the stations that might benefit us all. Most of all because we should all desire that our current society not implode under the deadweight mediocrity that seems to keep getting heavier. In so doing, perhaps we might even revise certain notions, such as (dare I say it) inherited wealth and nepotism. Furthermore, we might take the next steps in limiting this unfairness, by introducing concepts like universal basic inheritance. The parting shot then comes from Rawls, whose famous thought experiment, the veil of ignorance, asks us: What sort of society would you want to predominate the world, should your being born into a poor or wealthy family be based entirely on chance?