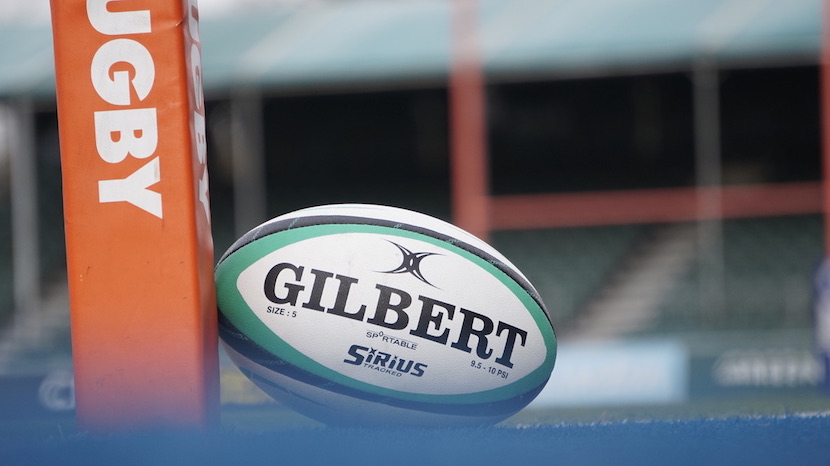 This year’s Lions Tour has raised concerns about referee calls and the extended time spent on TMO (Third Match Official) investigations. While other sports, like cricket and tennis, have benefitted from technology like Hawk-Eye, the oval shape of a rugby ball has made the application of this technology more difficult. But two UCT graduates, Dugald Macdonald and Peter Husemeyer, believe they can change this. They have founded a tech company called Sportable, which uses portable and scalable data collection to try and fill rugby’s ball-tracking hole. Co-founder Dugald Macdonald told BizNews that they wanted to improve the flow of the game with their ball and player-tracking technology. – Linda van Tilburg

The story starts about 34 years ago [at] Morningside Clinic in Johannesburg. One of my co-founders, Pete, and I were born two days apart in the same hospital. Our mothers were next to each other in the maternity ward. We both grew up together, went to school together in Cape Town and both went to UCT. Then we came over to the UK in 2010 to do postgraduate degrees. I was at Oxford and Pete was at Cambridge.

Pete is the smart one, the technical one. I’m on the commercial side – but Pete’s the really smart guy. He’s got his PhD in Nuclear Engineering from Cambridge University, which then took him into a career working in nuclear power for space missions. Where he went to work was at NASA. During his downtime, he was watching an ice hockey game and saw a massive body collision on the ice – a huge contact between two of the guys. Pete thought, “would that kill me?”

Being a problem solver, he didn’t stop there. He started working out from first principles what the energy transfer is – what the size of the hit would have been. Once he did that, he thought, “well, surely there are other fans who would want to know this information.” He told me this idea and the light bulb went off in my head, which was why was the defining feature of the game that I love (rugby) missing from the fan engagement perspective? Why didn’t we know anything about contact? Why don’t we know anything about the forces in scrums or tackles?

On the idea behind Sportable:

He told me this idea, I had the light bulb and I called him the next day and said, “could you do it?” He, of course, said yes. “Great”, I told him. “We’re starting a business.” That was the tip of the iceberg in terms of where we are today. The idea has evolved so much – but that was the seed that was planted. What we started to see once we explored the problem in more detail was that there’s a thirst for data in sport. Everyone wants more information. The sports that are able to provide better information to their fans and their players are always going to succeed and perform at a higher level.

It’s the sports like cricket and tennis, where Hawk-Eye is the ubiquitous technology. It can show you how good players are at bowling or batting. It’s totally transformed the way that people engage with those sports. Formula One has been producing data from the cockpit or around thermal imaging of wheels for decades now. For us, it was about how we can use that philosophy around data collection analysis and providing great insights for fans – but for the sports that don’t have it.

The sports that don’t have it happen to be some of the biggest in the world – contact sports where you have really true fan engagement and dedication, both at a playing and fan level. Our focus as a company is creating tools that can allow sports to create a new set of assets [and] new monetisation opportunities through data collection and analysis.

On how the technology works:

By tracking the ball, we can actually give you an objective measure on improvements/changes in improvement. You want to be able to analyse the ball, to measure the ability of players in key areas that ball movement. The second pillar of any contact sport is player movements. We want to understand how players are working together as a team or how they’re working against their opposition, so we track the players with very high accuracy. We put a device on their backs and that allows us to track them around the field and create unique insights around tactics and strategy.

The final pillar is impact. The thing that got us into this industry in the first place – being able to analyse the forces involved in tackles and in scrums. Then, [turning] that into insight around tackle or scrum ability. For that we use like a smart sensing fabric. It can pick up the pushing and the hitting forces across the shoulders and the upper torso of the player. We take all the data from those three things, the sensor in the ball, on the player and the wearable that they’re wearing to measure impact. The software we use then curates interesting insights for fans.

On how the technology differs from Hawk-Eye:

Hawk-Eye technology requires cameras. When you’re looking at a round ball, it’s the same shape from every perspective. Also, they’re very organised sports – cricket and tennis, [which] are nicely spaced out, so the cameras don’t ever get confused. But moving into rugby, first of all, the ball is oval and changes shape depending on which perspective you’re looking from. It’s highly chaotic, too. You’ve got the body shapes of players getting hidden in rucks and mauls. It’s about as chaotic a sport as you can get. What we have to do is actually instrument the players. You have to put a chip in the ball and a chip on the player.