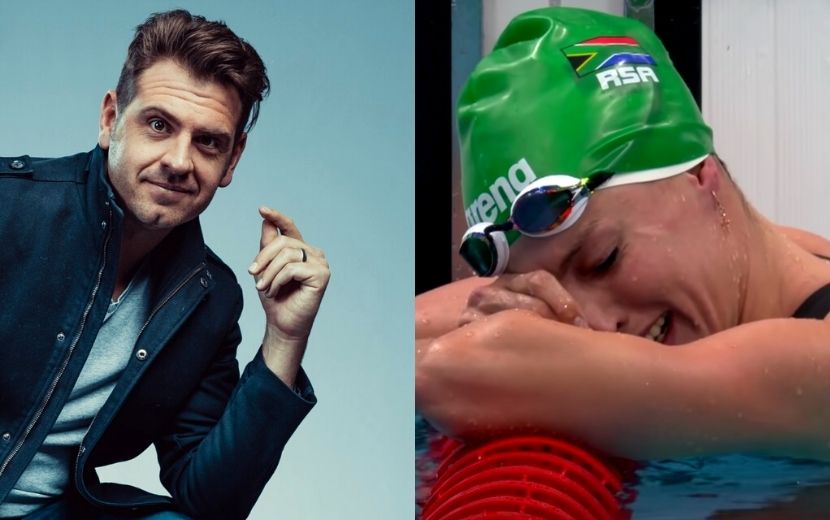 Dreams came true at the Tokyo Olympic Games last week for two of our own. Tatjana Schoenmaker won the gold medal and set the world record in the 200-metre breaststroke, and also won the silver medal in the 100-metre breaststroke, while Bianca Buitendag won the silver medal in the women’s shortboard competition. Excitement over these extraordinary achievements were at the root of the uproar from South Africans upon the South African Sports Confederation and Olympic Committee’s announcement on Monday – Women’s Day – that these incredible athletes would not be paid bonuses for their medal wins. In response to this announcement by SASCOC, Mike Sharman – the founder of MatchKit – took to Twitter saying that in “2016 Wayde van Niekerk earned R500,000 for winning gold and an extra R150,000 for breaking a World Record and Chad Le Clos earned R200,000 for a silver. By this standard, Tatjana Schoenmaker should be rewarded with at least R850,000 and Bianca Buitendag R200,000.” A rational observation and one which led to a vigorous crowdfunding campaign which raised R100,000 in the first hour – a testament to the South African spirit. BizNews spoke to Mike Sharman, whose passion was nothing short of infectious. – Nadya Swart

Mike Sharman on what led to the founding of MatchKit:

I’ll give you the highlights package. I think there’s been a few articles on BizNews where Alec and I have spoken in the past about Retroviral and influencer marketing and content creation. And back in 2018, I think that’s a good part to start for this story, Bryan Habana had retired from rugby. We were classmates. I always joke about having known him since he was a skinny scrumhalf. And, you know, Bryan has many hidden talents that a lot of people don’t necessarily know about, like starting an IT degree, and then obviously the world of rugby luring him in before he could finish that. But when he was playing in France, the European teams are really good at focusing on rugby player education, because they know that those careers are going to come to an end at some stage.

And unlike their contemporaries, most of us only have to worry about retirement in our 60s or 70s. But for athletes – they have to worry about retirement in their 20s or 30s. So there’s almost like an instant death from your first occupation. Then you have to worry, ‘what am I going to do next?’ And, you know, Bryan was studying and part of his French thesis was actually focusing on [the] life of [an] athlete after his or her sport. And I think that if you look at a lot of the rugby players that were involved in Bryan’s career, so many of them really struggled to adapt to life after those absolute highs. And there is a lot of depression. We’re seeing more and more mental health issues being spoken about, not just in rugby – I think, because there’s still a lot of stigma for men to be very macho within that space – but we’re seeing it more and more from the Olympics. We’re seeing it with the tennis world.

On partnering with Bryan Habana to start MatchKit:

And after having those insights and those understandings about the struggles of rugby players, Bryan was really interested in creating these connections and these synergies based on that course that he was going through. So in 2018, we were looking at ways to create a tech product that we could analyse sport investment, sponsorships, are brands getting the best value for the things that they’re investing in? And you look, if you watch an average sporting Saturday on DSTV, I mean, you’ll see the brands that sponsor golf, rugby, etc.. Nowadays, if you’re not sponsoring Siya – are you even a brand? You know, every second TV commercial has him as their brand ambassador.

And I think the reality with so many brands is they invest in sports that they know. If a C-Suite individual loves golf, then you’ll see that financial services brand throughout the Masters or the latest PGA Tour event. And what we thought was, ‘how can we bring more insight and intel into this space? How can we bring more intelligence into that space? And there was a lot of backwards and forwards. We spoke to a few brands and we realised that actually as people – I myself in particular, I’m not a business plan kind of person, I’m a very gut-driven individual, and I like to create service businesses where you can start generating revenue from day one. Because we know that cash flow is the number one killer for small businesses. So, we had all the success of Retroviral as a viral agency and a branded content agency. Why don’t we go and create a sister agency with Bryan, with Ben Karpinski, with Shaka Sisulu, and we created a sister agency to Retroviral called Retroactive.

So fast forward to June 2020, last year, the midst of the pandemic – and we went live with a product called MatchKit.co.. So MatchKit is a mobile web-based application currently. We’re looking at native apps for Android and iOS, but we just said ‘Let’s go to market.’ Because athletes for the first time in their career – all of them were stunted, all of them were put on hold. So now, for the first time, they can’t be selfish and think that their heroism is never going to come to an end because there’s no games, there’s training at home, you’re in lockdown. Every athlete around the world was stunted in their potential growth. All of them were made to feel what it feels like to retire or to have a life threatening injury that would prevent them from playing the sport. So going to market; a MatchKit profile is almost like a digital CV for athletes.

On crowdfunding for athletes via MatchKit:

This is the kicker – let me tell you right now – the crowdfunding opportunity, because we believe that so many sports need to find alternative economic opportunities in this crazy new world of ours. You can’t rely on sponsors commercially and PwC released a report a few years ago that peer to peer influence is 70% more impactful than influencer impact.

And you can start using your crowd because your friends and family are always going to be the ones to take pity on you first. To say, ‘I’m so sorry, we really want to back your idea.’ And so, yeah, that’s quite a roundabout story to get to the fact that we built this tech, it was ‘go to market’, it was craziness, it was a bit of international coverage and virality, focusing on rugby communities because of Bryan and his credibility thereof. We converted the South American Rugby Federation that gave us six different countries – Uruguay, Paraguay, Colombia, Argentina, Chile and Brazil. Yes. So five Spanish markets and a Portuguese market.

And we’ve been showing the data to those teams to say, ‘It’s not just about the athletes, it’s about the audience that they reach.’ And those South Americans, who’ve also been seen as almost like the stepchild of world rugby and don’t receive the same funding that the bigger teams do, they can now go back and justify that their 150 rugby players reach 6 million people across the South American continent off the back of that data. We managed to pick up some work with the USA swimming team in the buildup to the Olympics. We had four of the USA Women’s Sevens team that were on MatchKit during the Olympics. Those four women had 2.3 million engagements over the two week period that they were in Tokyo.

So we’ve got the mixture of the smarts, we’ve got the values, we’ve got the commercial properties, and we’ve got the opportunity for the athletes to make money themselves. And then! SA Hockey was ‘prohibited’ – inverted commas – if you search the articles, prohibited is the actual word, even the BBC used it. Our hockey teams were prohibited from going to Rio, because SASCOC just didn’t feel like it. And we had no hockey representation in that Olympics.

So, what we did was; we partnered with SA Hockey a few months ago and we said, ‘This is ridiculous. We are the challenger brand for the challenger brand athletes.’ And we helped SA Hockey by giving all of the men’s team – we started off with the men because that was our focus, and we gave all of them MatchKit profiles. Then a lot of the women hockey players, they came on and they joined the campaign too off the back of that. And the PR that was generated off the fact that we were helping SA Hockey crowdfund to get to the Olympics, because SASCOC STILL hadn’t confirmed two months out if they were going to be footing the bill for any of these events, even though they’d qualified as the top ranked team on the African continent.

Anyway, the PR that was generated off of all of that hockey engagement – it created such a PR storm that eventually, you know when that Carte Blanche van rolls up and McFarland sticks his microphone in your face… And Barry Hendricks, if you go and find that interview on the internet, Barry Hendrick’s sounds like the most lovable new president of SASCOC, because he tells you, ‘Oh, no! If you’ve qualified for the Olympics, SASCOC is sending you, we’re paying for you, we’re doing all the things.’

And it’s a great story. It’s a great PR spin, because he seems like a hero that’s come and the broom has swept clean all the travesties of past and days gone by at SASCOC. And that’s great – but if you’re just getting your ticket paid for, your accommodation paid for and maybe a few balls and some nutrition and supplements while you’re in Tokyo, what happened in the last five years since 2016? And that for me is the problem. There is no sustainability that’s being implemented from the federations to help people nurture that talent.