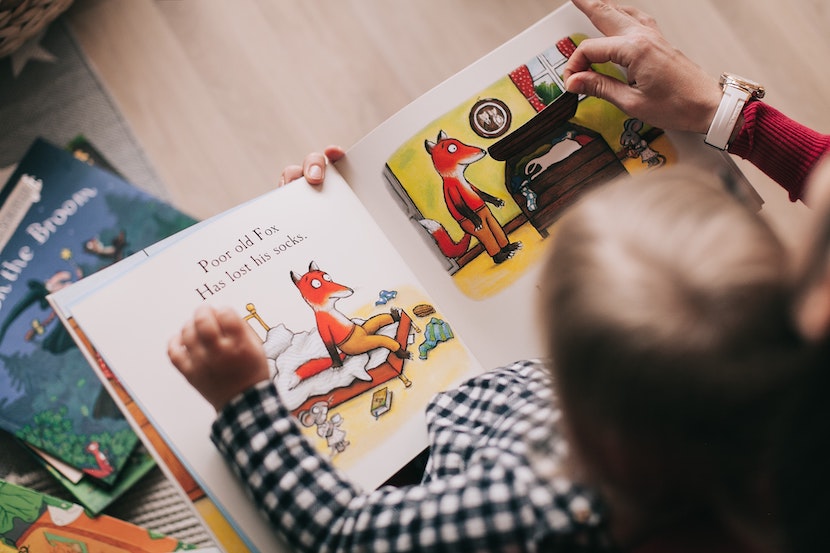 The world population is currently sitting at 7.8 billion people. As Tiffany Markham says below, “That’s a lot of mouths to feed from finite resources, and over 7 billion individuals who will expect housing, jobs, medicine, and potable water”. You only have to watch David Attenborough’s documentary, ‘A life on our planet‘, to realise that the growing number of people on the globe has a serious impact on our future. “Looking to 2055, the global population is expected to hit 10 billion, and that’s a problem because many scientists agree that Earth has a maximum carrying capacity of 9-10 billion people, based on its available resources,” writes Markham. Aside from the obvious benefits of having an only child (such as career considerations, lower childcare costs, and fewer financial pressures), Markham looks at the benefits for the planet and the possible implications of a global one-child policy. This article first appeared on FirstRand Perspectives. – Claire Badenhorst

The rise of the only child

Why and where to next

First off, allow me this disclaimer: I think only children are great. Because I am an only child and, out of choice, I have an only child.

I’ve encountered responses ranging from “How cruel!” to “Having one child is selfish”; from “You’ll be sorry when you can’t have more” to “When you’re old, your poor child will have to take care of you alone”.

And yet, there are growing numbers of families in the developed world that are choosing to have only one child. But why?

In the early 20th century, single-child families were relatively uncommon and big families were the norm. These were the days of a higher infant mortality rate, lower life expectancy, minimal contraception and no welfare, when parents had many children partly so there would be someone to work on behalf of the family, and to look after them as they aged.

Around the 1950s, post the Great Depression, family sizes fell sharply for several reasons, including the increasing costs of raising children and more women having their first child later in life (New York Magazine, 2005).

One-child families in the USA are becoming more and more common, with Pew Research (Graham, 2014) reporting that the average American woman today will have 1.9 children, down from 3.7 children 50 years ago. Only children, by far the fastest-growing segment in the USA, are “the adored centerpieces of nearly a quarter of the nation’s families” (in Graham, 2014).

Demographer Joel Kotkin of the Urban Studies department at Chapman University in California even refers to a move toward “postfamilial America, a place where having children is optional” (in Kelleher, 2015).

The age of the DISK

In Australia, there’s an expanding generation of working couples that have opted to have one child, with statistics showing that the three-person family is fast becoming the norm in the country’s most populous regions (Bagshaw, 2017). In the UK, almost 25% of children live without siblings (ONS, 2016).

Demographer Bernard Salt (in Ritchie, 2017) explains that what we are witnessing is the transformation of the Double Income No Kids (DINKs) phenomenon into Double Income Single Kid (DISK).

The single-child trend tends to be most prevalent among career-focused couples: one maternity leave means only one break in a continuous career and only one round of pressure “to drop back or drop out” (Hinsliff, 2015).

Research suggests that families tend to have an only child for a variety of reasons. The obvious ones? Career considerations, childcare costs, financial pressures, late marriage, advanced age, and infertility (Clark-Jones, 2015). The less obvious reasons, says Clark-Jones (2015), include emotional or physical health, educational advantages, divorce, and the desire to travel.

In my experience, one child is more portable, flexible enough to fit into adult lives (as far as children ever really ‘fit’ into anything), more accommodating of both parents’ career prospects, and appreciably more affordable.

But I’m also interested in the broader implications of this choice; in what a world with increasing numbers of only-child families could look like.

In July 2018, our world will be home to 7,63 billion people (Worldometers, 2018). That’s a lot of mouths to feed from finite resources, and over 7 billion individuals who will expect housing, jobs, medicine, and potable water.

Looking to 2055, the global population is expected to hit 10 billion (Worldometers, 2018). And that’s a problem because many scientists agree that Earth has a maximum carrying capacity of 9-10 billion people, based on its available resources (Wilson, 2003). As Wilson (2003) points out in The Future of Life, “The constraints of the biosphere are fixed”.

Bill McKibben’s book Maybe One (1999) says that large families are environmentally reckless; that the earth is becoming dangerously overcrowded, and that if more of us choose to have only one child, it will make a crucial difference to insuring a healthy future for ourselves and our planet.

So how about a global one-child policy? What would the implications be?

In 2014, a team of researchers showed that a moderately low birth rate can yield an economic boom for wealthier countries (NIESR, 2014). By correlating birth rates with economic data in 40 countries, they concluded that below two children (i.e. one child) per woman can boost a country’s standard of living.

Now, powerful stereotypes exist about only children: that they’re spoiled, selfish, or maladjusted (Adler, in BPS, 2016). But contrary to the ‘old’ wisdom, it seems only children are much like everyone else; no more likely to be lonely, shy, or unsociable than children with siblings (Gehrman, 2017).

Only children also receive the benefits of more parental resources and time that are denied to kids with siblings: higher test scores and levels of achievement in school, better vocabulary, and greater development of positive personality traits like maturity and self-control (Polit & Falbo, 1987).

In society, some psychologists and sociologists suggest that a preponderance of only children can slightly increase a nation’s intelligence and productivity. In fact, the advance of only children could raise the collective IQ in the United States by two or three points, suggests Sulloway (in Graham, 2014).

China tried a one-child policy from 1979 in response to two decades of rapid population growth. The worry was that, if growth continued at such a pace, it would constitute a crushing burden to society and the economy (Green, 2014). The policy did limit population growth, cutting China’s population by an estimated 250-300 million people (Borel, 2011). But this came at a price. Reports of forced abortion, sex-selective abortion, and sterilisation abound – together with a host of social consequences ranging from mental health problems to kidnapping and sex trafficking women for marriage (Borel, 2011).

They call this ‘the 4-2-1 problem’ (Green, 2014): instead of having a working family to provide for an elderly grandparent, China is increasingly looking at a future where one worker must provide for two parents and four grandparents.

For me, what’s particularly interesting is Sulloway’s claim that we’re still undergoing “the demographic transition toward fewer children that began in the late 18th century, and we see these trends all over the world. The rate of only children will go up. It won’t ebb and flow” (in Graham, 2014). So, while a one-child policy isn’t the answer, I think we’re lucky that some parents choose to be ‘one and done’, and others don’t. Hopefully, it all evens out in the end.