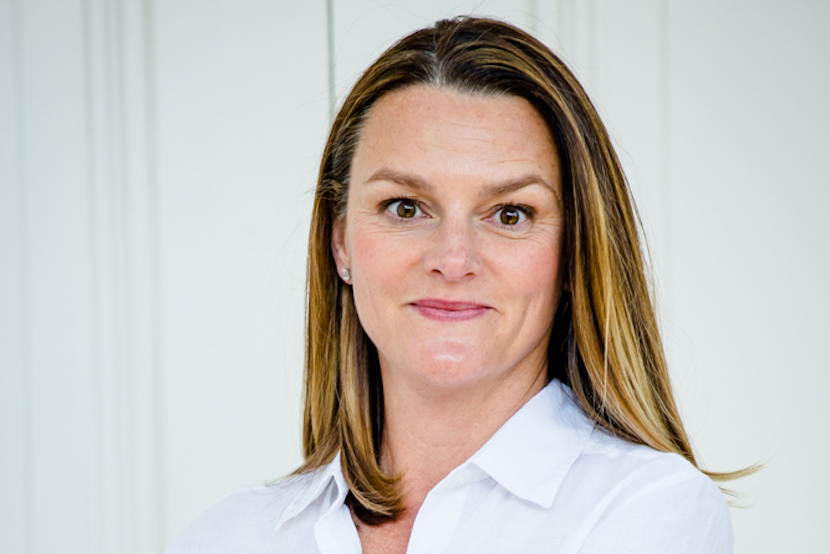 In March 2020, some of South Africa’s richest families announced they will be donating R1bn each to help people affected by the fallout from the Covid-19 pandemic. It included Johann Rupert, Patrice Motsepe and Nicky Oppenheimer with Mary Oppenheimer and her daughters adding another R1bn. In October 2020, in an interview with BizNews, Jonathan Oppenheimer described the decision to channel the money into a trust, the South African Future Trust, which would support SMMEs as an “aha” moment for the family. He said it took just eight days to set up the trust with money flowing to beneficiaries a week later. The head of the South African Future Trust, Bridget Fury, told BizNews the small businesses they supported have proven to be extraordinarily resilient despite another shock in the form of  the July riots. – Linda van Tilburg

On money flowing to the employees:

The idea was to have an interest-free loan available to small- and medium-sized businesses that met certain basic criteria. They would take on this interest-free loan, which has a five-year period, with no requirement to pay back that money for the first five years. The money then flowed directly to the employees they had nominated in the loan agreement. What we found was quite neat about this arrangement; the SMME effectively took on the debt, albeit interest free and very concessionary, that the money actually went to the employees.

So, we specifically tried to target businesses that wanted to help their employees, that thought they had a reasonably good chance of making it through the initial lockdown period because obviously at that stage, that’s all we knew that was happening and we were kind of committed to continuing to operate into the future.

On the resilience of SMMEs:

Just to give you some numbers. We helped just under 10,000 small businesses that receive loans from us and just under 100,000 employees of those businesses. So, they were typical small businesses with 10 or fewer employees per business. We then did a survey of those 10,000 between October of last year and March of this year, just to ask them some questions about how they viewed the future: what were some of the pain points, what is occupying them and whether they thought they would be able to survive. And we were pretty astonished at that stage to see that 97% felt they would be able to continue operating and, while there have been some job losses, they actually anticipated potential growth in revenues or profits in the future.

I would just make one caveat; this happened in March of this year, and in South Africa we have seen a subsequent very significant third wave. It’s unclear exactly how much more devastation there will be in the economic space but so far, they’ve proved to be extraordinarily resilient.

On the second phase introduced to support growth of women-owned, informal and township businesses:

Obviously, the money has been lent out and it has a five-year term. Most of the money has been dispersed, so we don’t sit with a lot of money in our bank. Although interestingly, we are seeing small businesses paying back; just under 3% of the businesses have paid their loans back in full. The intention when setting up this trust is that it has a 20-year lifespan. The money was donated from the family into this independent trust and the initial phase was the Covid-19 relief loan scheme. And now we’re moving into a phase of how we, in the next 20 years, support the growth of small businesses, given how important they are for job creation and economic growth in our country. So, we have been able to provide grants to five intermediary organisations who in turn work with small businesses across different sectors. One works specifically with women-owned businesses. One of the things we  and others have found in our survey is that women and businesses typically struggle to access finance, but they are often more resilient and actually pay back the money. So, we’re very keen [to focus] on women-owned businesses.

Because of our requirement to get the money out very quickly in lockdown, we typically focused on more formalised businesses. In phase two, what we’re interested in looking at is other informal businesses or township businesses or people that maybe weren’t able to benefit from the loan, but have great growth potential that we can work with. We are working with an organisation with a wide network of spaza shops across the country [that is] helping them to become more resilient and to grow. We’re working with another organisation that is working specifically with young business owners and women business owners in the digital space but coming out of townships. So, we’re trying to diversify our approach to small business as a whole.

The four non-bank financial intermediaries that will continue with grants from the trust to support small business are: the A2Pay Foundation, Riversands I-Hub, Technoserve and WomHub.

The idea is to recycle the money. It has a fixed end date, which is 2040, so the idea is that, by then, it will have to be wound up and have spent all this money. As you can imagine, it’s very difficult to predict how much of the loan book will be paid back and what the default rates are likely to be. So far, it’s looking very positive. I think Jonathan, Nicky and his family, when they first started up, their view was that, you know, they could be looking at upwards of 50% of the loan book not being recovered. But I think we are much, much more optimistic given what we’re hearing from small businesses.

So yes, I mean, there’s no point in us sitting on money. As money gets paid back by loan holders, we will then be able to lend it out or to provide grants to organisations that are in turn helping businesses. I guess one of the messages to future trust loan holders who might be listening to this is: if you’re back on your feet and you are trading again, if you are able to pay back that loan, it just means you can then pay it forward by using our mechanism and we will recycle that money to help other small businesses.

On the number of jobs saved:

We don’t have absolute numbers. In terms of what we have kind of ascertained through the survey is that there was definitely a net job loss. But there was a significant preservation of the jobs that were in these small businesses and in some instances, new jobs were created. In terms of the net, there was certainly a loss. I think what’s quite interesting is that we re-surveyed some of our businesses in July of this year – just post the violence and looting that came across our country – and most of those businesses are saying they will be able to survive, but there’s definitely going to be significant continued job losses.

Small businesses just consolidate and kind of go to their bare bones in order to survive. So, you know, we’re positive and we are celebrating. We’ve just launched this lovely brand film to celebrate the resilience of small businesses. We’re also realistic about the fact that these businesses are subject to shocks and continued kind of challenges and that is as important as they are. They’re not necessarily going to be able to continue to employ the numbers they [did] previously.

On banks taking on the administrative task of choosing recipients and distributing loans:

It was just brilliant. I mean, I think it took us three days to bring on board the big four banks in South Africa and then we subsequently brought Investec and Mercantile on board. They were so willing to help us. I think they could see there was a huge benefit to their client base. And because it was the hard lockdown, a lot of the teams were actually at home and weren’t necessarily client facing, so they had some resources to help administer the loans on our behalf. What I would say, though, is that I think we all were somewhat naive about how easy it was going to be. We [owe] a huge debt of gratitude to the banks because they worked incredibly hard. I mean, some people applied for loans and they went back to business and then they wanted to cancel their loan or an employee for whatever reason left the business and then they had to change it. The volumes are enormous: 100,000 employees on a scheme with 15-week weekly payments. So, without the banks, we would simply not [have been] able to do this.

On loans instead of handouts:

Undoubtedly, I would say it was the right model, and there are a number of reasons why I would say that. The first is that the speed with which we were able to get the money to employees was incredible. As Jonathan mentioned, previously, we had money out the door seven days after we set up the South African Future Trust, and we were able to do that because the banks knew their clients and we effectively trusted the banks to pick those small businesses that were in good standing and had the potential to continue into the future.

But more importantly, the fact that they were taking on a loan, albeit very concessionary, with no requirement to pay it back for five years and no interest on it, meant they had a form of discipline and control in terms of whether they were prepared to take that money on. Bearing in mind, the money never went to them. I, as an employer, took on a debt and the employee got that money directly. It is a very efficient system. And then potentially, we can recycle all this money, depending on how much of it gets paid back. We get at least double the opportunity to help small businesses and hopefully we can be creative into the future while we decide what we do for the next 20 years in terms of trying to recycle that money and also use it as a catalyst to bring other – possibly more commercial money – into the space that allows more businesses to benefit.

At that point, we have a clause in our loan agreement,  which says if there is a valid reason for them to extend the loan, we would have a conversation about it becoming interest bearing. But we never did this to be a lender of last resort. So, if there’s a valid reason why a business is unable to pay back the loan, if they obviously are no longer in operation, we would take it on a case-by-case basis. But we’ve got a long way to go before we have to worry about that problem.