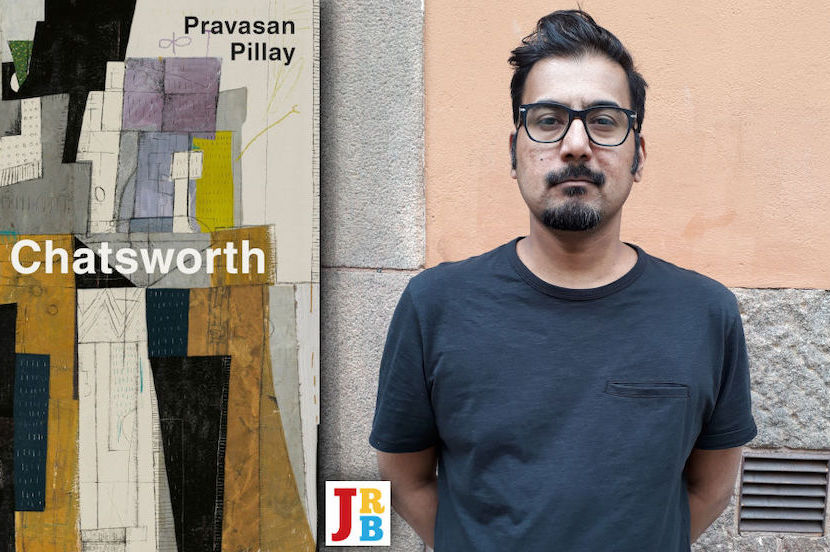 Boris Pasternak, a Russian poet, novelist and literary translator, defined literature as “the art of discovering something extraordinary about ordinary people, and saying with ordinary words something extraordinary”. In 2018, almost six decades after Pasternak’s death in 1960, the Russian poet’s iconic definition of literature was brought to life by author Pravasan Pillay in Chatsworth, Pillay’s first short story collection. Chatsworth, the namesake of the former ‘Indians-only’ township where Pillay grew up, uncovers stories of ordinary characters with a level of rich immersive imagery only available to someone with lived experience. Pillay depicts human emotion and suffering in a way that has been described as the “mise en scène of melancholia”. In Chatsworth, Pillay reinforces the notion that South Africa is filled to the brim with vibrant cultures born from the desolate soil of its history. This article first appeared on FirstRand Perspectives. – Misha Samuels

Chatsworth, the township, links the stories in this slim but powerful debut collection of short stories by Pravasan Pillay, who comes from the Durban-based area. This volume collects 11 short stories that highlight a range of characters from all age groups. Here’s a kaleidoscope view of people living, loving, being punished, growing, ageing and moving through the experiences we all do.

And this is achieved through Pillay’s deceptively simple writing style: revealing whole lives in a few pages, in stories that are deeply rooted in the milieu of Chatsworth. The first is ‘Mr Essop’. The young narrator recounts how, three years after moving into Chatsworth, his father builds a granny cottage to supplement the family income. It’s in the details that Pillay’s stories come alive, from the dialogue that mimics so closely and precisely the way his characters speak to his careful observations of mores and habits. The ad is carefully written and then proudly read: “The morning the ad come out, my father kept reading it over and over again, as if it was an article about him and not five telegraphic lines in the classifieds of the local knock-and-drop. Later, when I looked through the newspaper, trying to find it, I discovered that it had been neatly cut out.”

When there are no suitable takers, a lodger is found in the form of elderly and fastidious Mr Essop who tends quietly and happily to the home and garden and is, apparently, an ideal tenant. But we sense that the stasis quo, or apparent peace, is about to be overturned by the young boy’s powerlessness. Pillay’s prose hints at this in his brushstroke rendering of the events that unfurl.

‘Green Apples’, another portrait of youth, presents a wonderful, nuanced picture of a disaffected teenager, Pinky, bored with life and bored with school and the composition she’s tasked with writing. We meet her defiantly smoking out the bedroom window, phoning a friend, teasing her younger sibling and are catapulted straight into her teenaged, angst-ridden world.

A later story, ‘Girls’, returns to this teenage world when two girls attempt to use bleach to lighten the one’s “moustache”. This need to beautify the face is instigated by the arrival of a sweet love letter from a boy in school. A charming, evocative portrait of a particular time in life, rendered sympathetically.

‘Crooks’ is a definite highlight of the collection – a story that is chilling in its depiction of a grown-up daughter’s dependency on her mother, and how her mother aids and abets that extreme dependency. The details slowly emerge through Pillay’s carefully layering.

It opens with Kamla, the sixty-something mother, in the bathroom, squeezing a ball of toothpaste onto her finger to brush her teeth this way, as she has always done. She’s kept house and home together after her husband’s untimely death, bringing up three daughters by running a tuck shop from her home. One by one the daughters left home to marry and start lives and families, except for Ambi, her obese 28-year-old daughter, who is now waiting patiently for her mother to help her bath, having become too large to do it herself. The reasons for her Ambi’s extreme helplessness emerge as the story unfolds, past and present merging into one. And the day continues – with Kamla managing the shop and the customers while Ambi lounges, watching TV, eating a packet of Marie biscuits, two at a time, discussing what to make for dinner. And then the evening’s ritual of rubbing ointment over her daughter’s large thighs. Pillay’s rendering of everyday speech is acutely spot-on: “Paining?” she asked.

“Little bit,” Ambi replied. “Pray to Swami it don’t get worse tonight,” Kamla said. This is just one of many examples of Pillay’s masterful rendering of the nuances and tones of South African Indian English.

The story’s dénouement brings a sharp twinge to your teeth: raising questions of dependency that goes beyond mere need and into something far more sinister and even, perhaps, deadly. Kamla doesn’t question her actions or her complicity in her daughter’s helplessness, and that adds even more of a sinister undertone to this excellent story.

There’s another portrait of failure, of lives not measuring up to expectation or hope in ‘Idris’. The young narrator takes driving lessons with Mo. He’s witness to the ineptitude of another of Mo’s pupils, a young man named Idris, who seems to have no driving aptitude and no confidence at all, having been through other driving schools. On the day of the test, which the narrator and Idris are to take together, we witness how lives and dreams are stopped because of a failure of will. An acutely perceptive story.

Other stories such as ‘The Bends’ highlight the experience of waiting for handouts in a rental office and the somewhat ambiguous friendship between a man and a young samoosa seller, while ‘The Albino’ looks at the reactions of others to a young albino schoolchild in a South Africa still riven by apartheid.

You can taste the spicy chops in ‘Chops Chutney’, another gem of a story, rich in detail and pathos. It opens with Kavitha’s father throwing away a bag of samoosas. She’s been working at Karim T’s takeaway for six months – but her father, while allowing her to work there, won’t let her eat there or the leftovers she brings home. The reason: “I don’t want you working by Pakistani fellows… You can’t trust those people. They won’t pay you on time must see.”

Not only do they pay her, but she’s had a raise, and grown sweet on one of the Pakistani men working there − Abdul. Flirting turns into a milkshake at the Milky Lane. You can almost tell which way the story is moving, especially when Abdul brings a gift of chops chutney to his potential father-in-law. This richly detailed story reveals a strength in Kavitha, a strength and a sense of agency sometimes depicted in the other characters – in whom life and its disappointments push them to ground. And the story here is in as much in what is said as in what is to come in these young lives in the future. The tragedy of a father’s xenophobic prejudice pivots on his narrow-mindedness: but in the end, there’s hope, a future.

As there is a future for writer Pravasan Pillay, as evidenced from his fine debut collection. Follow him on Facebook to read his pithy, witty comments on life growing up Indian and now living in Sweden with a young son and Swedish wife. Pillay has a deft hand, a mastery of the brevity necessary in a short story, a finely tuned ear for dialogue that brings the world he is evoking to vivid life. An assured, welcome debut.