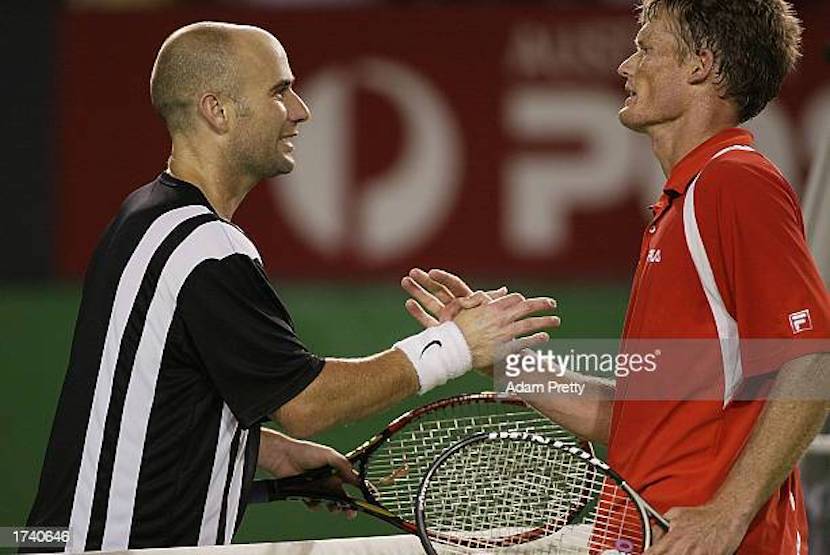 Former South African tennis star Wayne Ferreira is arguably regarded as the best to take the court in this country. Best known for his achievements on the tennis court, few know him for his accolades as a businessman and entrepreneur. In the piece below, Silicon Valley conference guest Barry Dwaolatzky shares his experience of watching the former tennis star present his business idea, which was top class. Even better, the way in which Ferreira handled himself when answering the highly complex questions that followed from prospective investors. One of the best South African ex-tennis players in the world pitching a complex business idea to some of the smartest investors and entrepreneurs in the innovation capital of the world? Surely not … I guess one must never judge a book by its cover. First published on FirstRand’s Perspectives. – Justin Rowe-Roberts

Bottling water in the desert

This is an article for those of you who, like me, love trivia. As a bonus for reading this article, I’m offering you a handful of fascinating little nuggets of relatively obscure information. You may wish to stash these away in your subconscious until it’s time to impress your pub quiz team-mates.

In 1992 South Africa sent a team to the Summer Olympics for the first time since the country was banned from competing in the early 1960s. The racially integrated team of 93 athletes marched into the Barcelona Olympic Stadium behind a specially designed Olympic Flag, rather than the old Apartheid flag. They were carrying the hopes of a soon-to-be “new” South Africa. It had been agreed that if any of our competitors, representing 19 different sporting disciplines, were to win a gold medal the “anthem” that would be played was Beethoven’s “Ode to Joy”, rather than the still-official old South African anthem.

By the end of the Games our athletes had won a total of only two medals – both silver. One was won by our legendary long-distance runner, Elana Meyer. The other silver medallists were our men’s tennis doubles pair of Wayne Ferreira and Piet Norval. Ferreira was no flash in the pan. After turning pro in 1989 he went on to win 15 singles titles, 11 doubles titles and once reached the semi-finals of the Australian Open. In 2001 he was ranked at number 6 in the world. Like all other South African couch potatoes, I loved watching on TV as “our Wayne” played against some of the best tennis players in the world. Ferreira retired from professional tennis in 2004.

This article, however, is not about tennis. Its about one example of a South African inventor and entrepreneur. Its about the time I met Wayne Ferreira at an event in Silicon Valley, California, ten years after he had retired from tennis. He too was not there to talk about sport.

The event was hosted in San Jose by a group of South African investors and entrepreneurs living and working in Silicon Valley – the epicentre of high-tech innovation in the world. Wayne and I had been invited (separately) to talk at the gathering. Expensive Cape wine and delicious dried fruit and biltong were on offer as the audience of over 100 people gathered. I spotted several familiar famous faces as I went through a sound check and waited for my turn to speak. I was there to talk about the Wits University Digital Innovation Hub (now called the Tshimologong Precinct) which I was setting up in Braamfontein Johannesburg at that time. Wayne Ferreira would be talking about “Bottling water in the desert”, a much more tantalising topic than mine. I couldn’t wait to hear what he would have to say.

He arrived dressed in a light grey suit and open-neck shirt. Everyone in the room instantly recognised his familiar smile and freckled face as he worked his way around the room greeting people with a bone crunching handshake.

I spoke first and Ferreira sat in the front row paying careful attention to all I said. It was then his turn to take the stage. He projected images on the screen of a large light blue cabinet about the size of a small car. It stood outside a modern office block in an unspecified Middle Eastern city. A vast desert landscape filled the background. “Our company is called EcoloBlue. This is our 5000 litre commercial unit” he said.

He showed a video in which bottles of water emerged from one side of the machine. An operator could barely keep up as he packed them into plastic crates. Wayne provided a commentary describing the efficiency of the machine and the purity of the water. “Where does the water come from?” he asked. Answering his own question, he said, “The air! Even in the Saudi desert there is sufficient humidity to extract this quantity of fresh clean water from the air.”

His presentation was very slick and very impressive. However, it wasn’t until the Q&A session after his talk that I found myself being blown away by this ex-tennis player. I, and most of those present, had assumed that Ferreira was the “sales guy” fronting for a team of smart geeks lurking in the background. But this was far from the truth. Wayne Ferreira was the geek! Although he had barely scraped through school in Johannesburg and played tennis rather than getting a good university education, there was no doubt that he knew his stuff. He stood there fielding complex technical questions on thermodynamics and energy efficiency trade-offs from the expert audience of Silicon Valley engineers, scientists and tech entrepreneurs.

Although his invention wasn’t unique it had many innovative aspects. Ferreira and his partners had pulled it together into a very clever system. He spoke about how he could even use solar energy to squeeze water out of the air. But more important, and more inspiring, than the invention was the inventor. I had the opportunity after the formal part of the event to sit for several hours with Wayne Ferreira chatting and drinking delicious Cape Wine. He spoke about how he had become passionate about thermodynamics, even while he was competing on the professional tennis circuit. How he had taught himself all about this very complex topic. How he learnt to manipulate complex mathematical equations as he searched for better answers. And how he tested numerous prototype machines.

When I had watched Wayne Ferreira dominating the tennis courts in the 1990s I had felt proud to identify with a world class South African sportsman. At that event in San Jose I felt even prouder to celebrate a very special and little known South African innovator and entrepreneur. Another gem for your trivia collection!