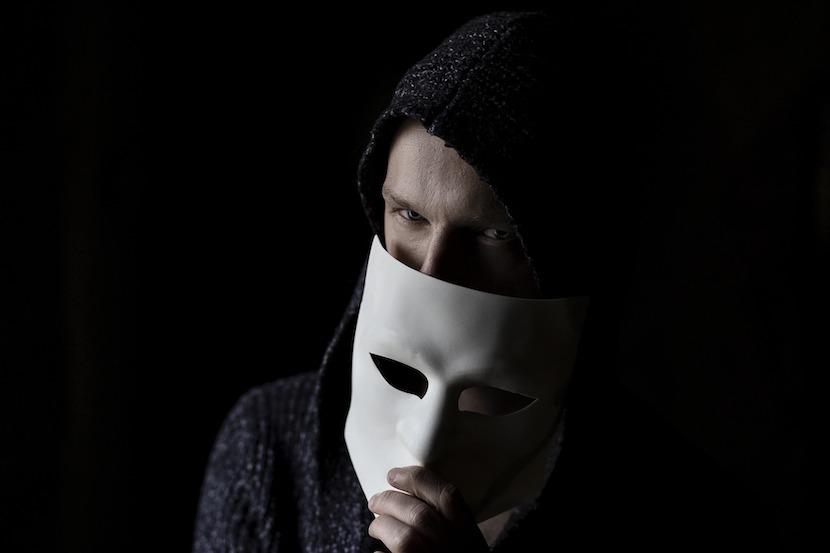 Imposter syndrome plagues many a professional’s career. It’s defined by feelings of self-doubt and paranoia that you will be found out for being a fraud at what you do, despite evidence to the contrary. It seems almost everyone at some point has suffered from this debilitating psychological phenomenon. In this article by Alistair Duff, he provides some food for thought on identifying and treating imposter syndrome. – Ross Sinclair

While much has been written about the mindset of very successful people, from their strategies and beliefs to their general outlook, surprisingly little has been said about a very real drawback many will face during their careers. The truth is that several of these high achievers share a hidden belief that deep down they are frauds and sheer luck has propelled them to the dizzying heights they now occupy. Adding to this is the fear that being found out is an inevitability and once that happens, they can kiss the corner office goodbye.

The term ‘impostor syndrome’ first appeared in 1978, in an article by clinical psychologists Pauline R Clance and Suzanne A Imes. Initially, the study had concentrated on women in high-profile positions who felt they lacked the necessary intelligence for their posts. It soon became clear these negative thoughts held no gender bias. Men fell victim to the same damaging set of beliefs.

Regardless of gender, the basic symptoms remained the same. This psychological phenomenon reflects a belief that you’re an inadequate and incompetent failure, despite evidence proving that you’re skilled and quite successful.

How far up does this reach?

Actress Jodie Foster summed it up nicely, “When I won the Oscar, I thought it was a fluke. I thought everybody would find out and they’d take it back. They’d come to my house, knocking on the door, ‘Excuse me, we meant to give that to someone else. That was going to Meryl Streep.’”

More research would discover that as high up as the phenomenon may appear, in truth, many in lesser jobs still suffered the same beliefs. It is estimated that around 70% of all people will experience impostor syndrome sometime in their career. It is also becoming clear that chronic self-doubt can become a self-fulfilling prophecy, cognitively speaking; if you think you’re a fraud and everyone else is legit, chances are you’ll find ways to confirm that belief, even if it means discounting contrary evidence or attributing wins to luck. Any worry and self-recrimination you subject yourself to ahead of tasks will increase the likelihood you’ll choke during the process. A stumble just reinforces your original thinking: “I knew I’m not good enough to be here.”

The focus of efforts in impostor syndrome has rapidly switched to methods of breaking down this thinking and learning to succeed in spite of it. While plenty of corrective strategies can be found, they tend to share significant themes. Below is a list of the most commonly used methods to alleviate the fearful fraud feeling.

Social support at work can help keep impostor syndrome in check. Not surprisingly, researchers find that ‘high-quality’ relationships are the most effective. Those that include:

A sense of play

Make friends at work. A few high-quality friendships around the office can help reduce the sense of isolation that impostor syndrome creates; that feeling that you’re the only one who’s secretly incompetent.

SHOW YOURSELF WHAT YOU CAN ALREADY DO

Self-efficacy simply refers to the extent to which you believe you can produce results. Psychologists have found that highly self-efficacious people do these five things well:

Set high goals for themselves

Welcome and thrive on challenge

Record your successes. You are probably already achieving successes somewhere in your life but you aren’t noticing them. Start a journal to note each time you do something well but make sure to record the relative roles that luck, timing and your contributions played. Disprove the lucky fluke over time.

In the meantime, fake it until you make it. Identify a person or a few people you admire and watch how they handle and achieve success. When they mess up, find out why. Ask what strategies they used to get back on their feet. Build a positive support team and encourage one another. Having a small team of colleagues to root for you is a great way to give that inner critic some much-needed competition. Sometimes others will see why you succeeded at something you may have overlooked.

TURN YOUR INNER CRITIC INTO A COACH

Shutting down your inner critic isn’t about silencing self-doubt altogether. It’s about using that internal criticism more productively. These four steps can help you do that:

Label the feelings and anxieties you have when they happen. Simply naming things can make them seem less overwhelming.

Talk about them. Putting those great social connections at work is so important. Everyone needs someone who can listen considerately when we’re having a hard time.

Try to figure out the root causes. Now that you know how you feel, it’s time to figure out why: what situations, people or challenges bring your inner critic out. Try to identify the underlying pattern.

Have some self-compassion. Just remember that 70% of people think they aren’t cut out for their roles at some point or another in their careers. You aren’t alone. Go easy on yourself and remember with a little practice and self-awareness, you can get past this, too.

Finally, for those seeking a more entertaining remedy, you can always simply look to ‘The Court Lobster Strategy’. Deriving initially from an anecdote at the end of Elizabeth Gilbert’s book, Big Magic. Gilbert writes about an American striving to break into the French art world when he finds himself invited to a costume party at a castle filled with French aristocrats. He spends a week meticulously assembling an elaborate ensemble, only to drive three hours to the party and realise he had missed a key detail: the theme of the party was ‘a medieval court’, and he was dressed as a lobster. It took all the courage and charm he could muster but when first introduced, he bowed deeply to the assembled royalty and introduced himself as the court lobster. So rapturous was the applause that he was a regular thereafter and even ended up dancing with the Queen of Belgium.

So, if all else fails, remember you can still go full-court lobster.