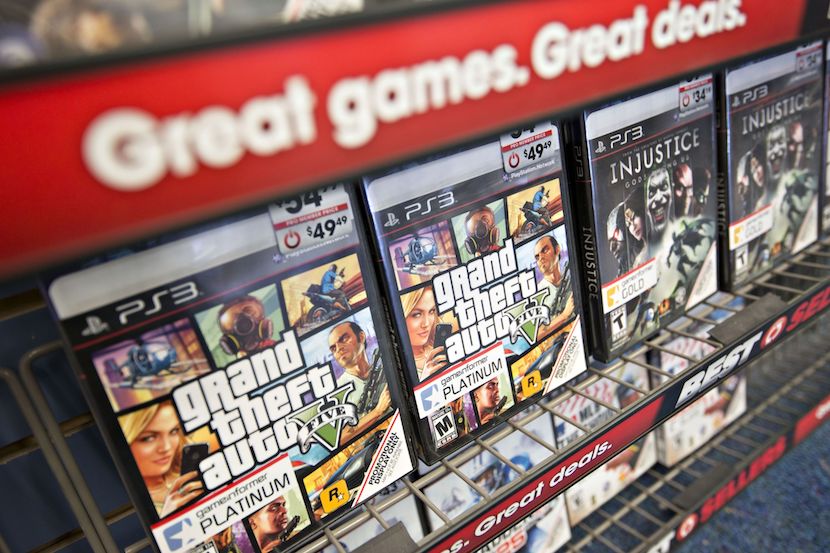 Rockstar Games has evolved into an industry-leading publishing studio with multiple award-winning titles under its belt. Since its founding in 1998, it has developed and published over 50 titles and amassing a net worth of $5 billion. The New York-based video game company has produced some of the most notable video games of the 21st century. Its flagship series Grand Theft Auto is currently at number two on the list of best-selling games. The most impactful and successful titles of the franchise are GTA San Andreas and Grand Theft Auto V and the latest instalment in the series, GTA V, has sold 150 million copies worldwide since its release in 2013. Rockstar Games has managed to effectively support the title for nearly a decade and has generated close to $6.5 billion since its release. The series has always been known for its violent and mature content, which has caused some trouble for the company. At launch, the game received mixed reviews with some hailing its amazing graphics and mechanics, while others criticised how the game was rooted in racial stereotypes and was too mature for its audience. Grand Theft Auto V and its content has frequently been a topic of heated discussion. Attempts to dilute the content of the game have lessened while Rockstar Games doubled down. The content added to the game in recent years seems to be even more graphic and outrageous than what was available at launch. If you were to play GTA V today, you’ll be given the opportunity to start your own meth lab or a gun-running organisation. Despite continued criticism, Rockstar Games always danced to the beat of its own drum and has cultivated a loyal following of dedicated consumers as a result. Nearly 10 years later, the franchise is thriving. It was reported that 20 million copies were sold in 2020 and the developers recently announced that they plan on releasing remastered versions of three of the older instalments of the series in 2022. This article first appeared on FirstRand Perspectives.  – Ryan de Villiers

Who decides the life in life-like?

For those who are not fans of video games, it is possible to never have heard of Grand Theft Auto V, possible but unlikely. The release of the fifth episode of the Grand Theft Auto franchise was in all likelihood one of the most anticipated moments of 2013 and its release in September of that year created an event of seismic proportions. Despite such massive support both the title and the company which created it remain in almost constant controversy and have been since the launch of earlier episodes. In a way the brothers who founded Rockstar Games, Dan and Sam Houser, have developed into the real life versions of the anti-heroes their games so accurately portray. In this article I would like to discuss the events that have divided public opinion while the game has become entrenched throughout social media and potentially history itself.

Numbers of extraordinary size can seem almost irrelevant without context. For this reason, I will begin with the lowest number associated with the game, seven. Seven is the number of mentions that GTA V has in the current edition of the Guinness Book of Records. The most impressive being initial sales, 3 days after release, the game had surpassed a billion dollars in sales, making it the fastest selling entertainment product in history. I am not going to do the maths to work out sales by hour or even by minute, suffice to say that The Avengers, Star Wars, Harry Potter and literally every other piece of entertainment is firmly in the shadow of GTA V. None of the other records broken are to be sneezed at either: best-selling video game in 24 hours, best-selling action-adventure video game in 24 hours, highest grossing video game in 24 hours, fastest entertainment property to gross US$1 billion, fastest video game to gross US$1 billion, highest revenue generated by an entertainment product in 24 hours, and most viewed trailer for an action-adventure video game. Clearly the fact that one trailer includes a character trying to flush a dismembered foot down a toilet was deemed completely fine by its audience. By November 2018, the game has shipped over 100 million copies worldwide across all platforms and generated about $6 billion by April 2018.

How much does success cost?

For those of you about to close this article and google “how to create a successful video game” delay that thought. Rockstar North began to develop Grand Theft Auto V in 2008, it would take a team of more than 1,000 people 0ver five years to complete. During this time the company’s existing game engine was overhauled for graphic advancement and with a complexity that would push existing consoles and computers to the very limit of their capabilities. Analysts estimate the combined development and marketing budget at more than US$265 million making it the most expensive game ever made at that time.

There is an argument that suggest that this success has come at a far greater price as the series has been continually linked with scandals including misrepresentation, misogyny, and even real-life murder. With America under an onslaught of mass shootings there are many who look to video games and this title, in particular, as a potential causal factor. It has singlehandedly brought the video game industry to the steps of the American judicial courts with high profile enemies including Hillary Clinton.

Key events in the case against Rockstar Games

Since its inception as a franchise GTA has annoyed one group after another. In one of its first iterations, points were earned by running down religious people with your car. If to some that seems very offensive it actually flew under the radar to be honest.

There is a continuous theme throughout the game that all policemen featured are very much skewed toward racist tendencies. You simply don’t want to be a non-Caucasian in any of the cities that the game mimics. This view is very much still evident in GTA V. At one point the actual mayor of New York City, Michael Bloomberg came to the assistance of the New York Police Force who believed the game displayed them as either corrupt or inefficient. The public response claimed they were being oversensitive.

When Grand Theft Auto III was released the supposed attempt at being as realistic as possible had very negative results. Rockstar had introduced the ability to hire prostitutes, get a little virtual satisfaction, and finally murder them in a range of ways to reacquire your money. Considered a step too far by many the game was ultimately banned from Australia and the big box stores in America such as Wal-Mart.

Over the duration of the series numerous murders from family members to gunning down officers and stealing police cars have been linked to ideas generated by the GTA series. While doing so may grant a bunch of points in the game in real life the outcome is very different.

Hot coffee and changing the law

Stories from within Rockstar company and later documented in a BBC docudrama “The Gamechangers” suggest that a constant preoccupation from Sam Houser was to introduce realistic sex into video games. With GTA III he believed this could be realised and included aspects of this to the rating board before release. The response was highly negative declaring that such material would need an adult only rating which would seriously minimise unlike the M for mature rating achieved previously. What happened thereafter is the stuff of serious controversy.

Unwilling to take the hit an AO rating would have on sales he replaced the “steamy material”. What Sam Houser did not do was to remove the salacious material from the code. Hackers soon found in and tales of the “Hot Coffee mod” stormed the Internet. A mod is simply a hidden game within a game. After a public outcry, a ratings change for the game, and ultimately a massive recall. Rockstar was still being sued for negligence, false advertising, and numerous other charges. U.S. Senator Hillary Clinton suggested that new regulations be put on video games sales. The ESRB conducted an investigation that ultimately changed the game’s rating from Mature to Adults Only 18+. Congress passed a resolution to have the Federal Trade Commission investigate whether Rockstar intentionally undermined the ESRB by having the content in the game.

Rockstar has used First Amendment Rights to dismiss any of the complaints. In a few cases they have settled behind close doors minimising publicity. Hillary Clinton did not get off as lightly, she appears as the face of the Statue of Liberty in GTA IV. Suffice to say all writing around her suggests the continued oppression of the poor and her torch has been replaced by a coffee cup, of course.

As a fan of video games, I understand the enthusiasm and enjoyment that they can bring. I, personally, chose not to play GTA V. Maybe in my mind it had already gone too far or maybe I just didn’t feel like it. The one issue of concern for me is the interpretation of becoming more life-like. Each iteration allows new moves, possibilities, actions all aimed to give a sense of freedom and give you an adrenalin kick. Possibly when life-like includes the ability to now shoot all random passers-by on a whim or to beat a prostitute to death to avoid payment it may well be not like the life I am comfortable with. GTA VI coming soon.