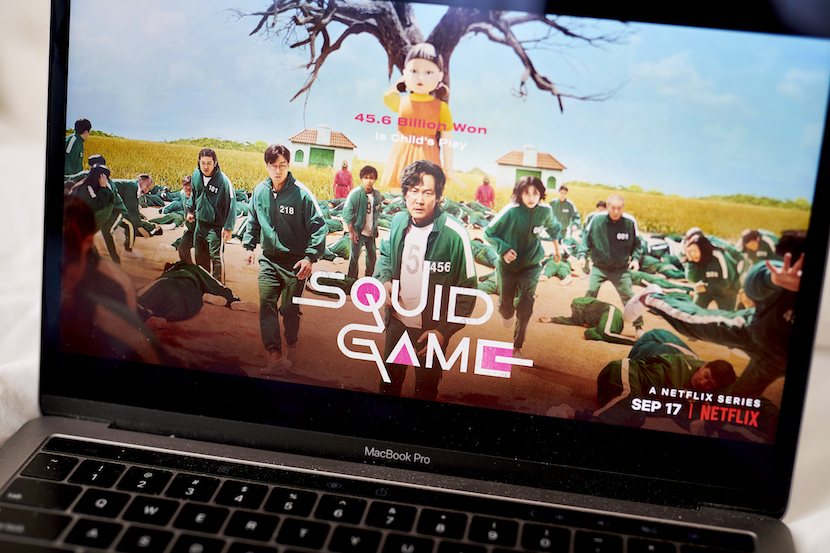 On 17 September 2021, Squid Game was released on Netflix, taking the world by storm. The show became a favourite for subscribers of the streaming platform, gaining over 142 million views in the show’s first four weeks. Allegedly, the show gained 3.7 million new subscribers to the platform in the third quarter of 2021, a stark difference to Netflix’s current tumultuous period, in which it reportedly lost subscribers for the first time in years. Though the show was popular thanks to it being entertaining and engaging, it also contains commentary on real-world social issues. In this article by Tendani Mulaudzi, the lessons, commentary on human nature and behaviour, and the deep impact of the social issues addressed within Squid Game are discussed. This article first appeared on FirstRand Perspectives. – Ross Sinclair

How it Paints a True Picture of the World

Squid Game is the Korean Netflix series that has taken the world by storm. The show, centred around a game that assists in paying off the debt of those who have major bills to pay off but at the massive chance they’ll end up dead before they even finish the game, comments on many aspects of society that aren’t spoken of much. How does it do this and even more, how does it manage to so perfectly intertwine entertainment value with some serious relevant subject matter? What can we all learn from it?

Squid Game is certainly not for sissies. There will be blood, a lot of it. What sets this Korean Netflix series apart from the rest of the action-packed carnage that fills our screens, however, are the lessons behind it. Lessons that paint a reality that truly and sincerely hits home for many. Squid Game has had major success as a result of its enormous entertainment value. But the social commentary that’s added to the mix makes for an incredible production that gets viewers thinking. Hard.

The show is premised around a game that assists in paying off the debt of the winner, part of a group of 456 individuals who have major bills to their names, but at a significant cost. There is a 99% chance they’ll be killed before the end of the game, because one person, and one person only, can remain standing to claim the prize at the end of all the rounds. The prize is of course cash, enough to cover the player’s debts multiple times over.

It’s beyond anyone’s wildest dreams. But the contestants, who willingly enter without knowing the full details of the game, need to decide if it’s worth the potential loss of their life, this one in 456 chance of winning. At first, they weigh up the odds and choose to end the game through a majority vote following the first round, picking a particularly miserable life of debt on the outside world over almost-certain death.

After some time spent in the depressing routine of their normal lives, the contestants are offered another chance to take part in the dangerous games. Of the 201 that managed to get out alive the last time they played, 187 return to the place where they are probably to take their last breaths. 187 players are willing to risk their lives for the prospect of getting themselves out of lifelong, crippling debt.

Now, that already says a lot. Not only about the Korean society, but society as a whole. Debt is crippling individuals at an alarming rate; locally, in 2020, it was found that the average South African owes R18 292 on their credit cards. Being in debt has become the norm and the need to live up to ridiculous lifestyle standards has grown far more important in the 21st century. The pressures to keep up appearances with the expensive car and the unnecessarily huge elite home are ever increasing and at the detriment of mental health. The decision of the Squid Game contestants to return to the game where sure death awaits them may seem insane but is it really? Studies show that financial stress in the form of debt can make a person 20 times more likely to attempt suicide. Quality of life is heavily diminished when one’s finances aren’t in order.

Cho Sang-Woo, a character in Squid Game, is a perfect example of how the outside often doesn’t reflect what’s going on behind closed doors. Seong Gi-Hun, the protagonist of the story, is constantly compared to Sang-Woo by his mother, as Gi-Hun is seen as a deadbeat dad and compulsive gambler, while Sang-Woo is the prodigal son of Gi-Hun’s mom’s business partner. Sang-Woo escaped poverty by studying at a prestigious university and becoming an investment banker but somehow, Sang-Woo and Gi-Hun both find their way invited to the games. Turns out, Sang-Woo is in even bigger debt than Gi-Hun, who is looked down upon for not having his act together. Yet Sang-Woo has projected this image of having it all together to everyone around him, including his family. Painted illusions that are so far from reality, just for the sake of impressing.

Squid Game also shows how money can push people to do things they thought they weren’t capable of. Any signs of humanity within the contestants quickly fades as some of the games involve some sort of sacrifice. The games are one’s that children play and include the well-known Tug of War and Marbles. In the second last game named Glass Stepping Stones, players are expected to choose to jump onto one of two glass floors far above the ground multiple times before they get to the end of the line. Contestants push others to their death when they struggle to make the choice that is 50% likely to cost them their lives as they rush to meet the time limit – anyone who has not reached the end by the time the deadline hits dies.

In the last game, Squid Game, Gin-Hun and Sang-Woo square off in the final round. Sang-Woo is adamant on defeating Gin-Hun but Gin-Hun can’t bear to end the life of his lifelong friend and calls for them to both walk away without any of the cash when he has a clear moment to end Sang-Woo. However, in Sang-Woo’s eyes, this would mean that all the deaths that came before them would be all for nothing, and he plunges a knife into his own throat, leaving Gin-Hun as the victor. Gin-Hun walks away with the money, but never spends a penny. He lives his life as the poor man he was before he entered the games, so full of trauma and guilt he is.

The commentary on capitalism in Netflix’s most popular show to date is an indication of how relatable Squid Game is, even if extreme. And now, we wait with bated breath for a possible season two, and whichever life and societal lessons that will bring with it.