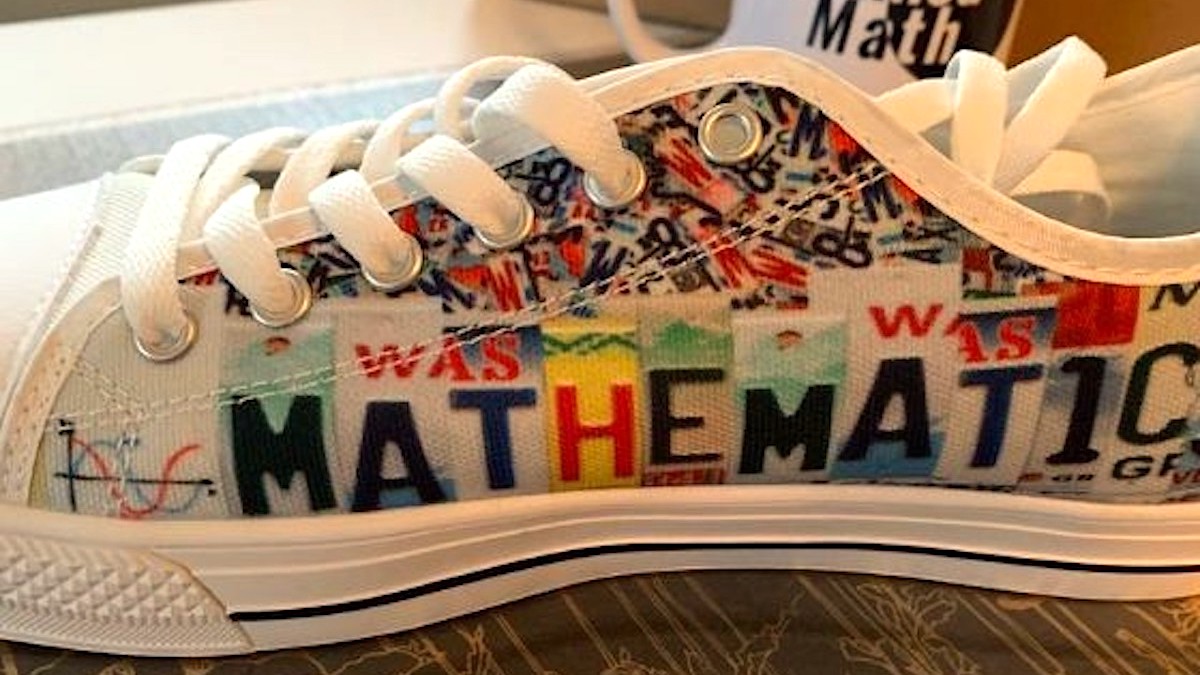 Statistics charting the performance of South African learners in maths is staggering. In the 2019 Trends in International Mathematics and Science Study, they consistently scored in the bottom three countries over a range of tests. Fingers are being pointed at teachers in another study by the 2030 Reading Panel, indicating that newly graduated teachers from three universities scored an average weak 54% for a maths test meant for primary school pupils. The result is that less than 30% of matric students take maths, and only half of them pass their exams. But a Midrand parent, Thembaletu Mbangcolo, decided to do something about it and started tutoring his son and his success led to other parents entrusting their kids’ maths teaching to him. Mbangcolo told BizNews he researched methods to unblock the negativity to maths many students have, using Stanford Professor Jo Boaler’s method, called Mathematical Mindsets. He’d like to see South African education departments adopting its concepts. – Linda van Tilburg

At the moment, the problem is that a lot of grade 10 pupils are dropping mathematics – what is called pure maths in South Africa – for one reason or the other – to what is called maths literacy. Maths literacy doesn’t really offer entrance to careers in STEM, in engineering, science, computer science or medicine. The problem is a lot of students are jumping ship because research suggests that by grade 5, grade 6, the fatigue of learning maths has already set in. When given the option of not choosing mathematics before they start grade 10, many students take the opportunity not to continue. The roots are obviously the not-so-great teaching at primary school level that gives them the foundation for high school. By the time they’re in high school; they already have the anxiety, the trauma of not doing well and the pressure to produce results. So, it’s a combination of many things, but largely they have to do with teaching and obviously parental support.

Taking on students to coach in Mindset Mathematics

Ever since I’ve got involved in doing the research involved with Mindset mathematics; I decided to start approaching students, schools – it is hard to work with schools – but I then got students of my own privately. I advertise a lot about the service I offer, so parents approach me. They come from well-to-do schools, not even the schools battling in the townships with resource problems. It’s the well-to-do schools, the well-known private schools. The students are battling to learn the subject; often because schools are speeding through the work to finish the syllabus and students are left behind. I’ve actually met some primary school teachers in a few schools. They even took me to their classrooms to show me how they need to keep up with their programme as dictated by the government and various districts. They say the students are battling because they don’t understand but they have to rush from one topic to the next. So, then I decided that maybe I can do something on a small scale. I’ve got a few students that I teach online and also sometimes face-to-face to help, but it’s a small number of students. The problem is huge, but the problems of learning and comprehension and understanding are there and they result from the work that should have been done at foundation level.

What needs to happen is a change of approach which I learnt from Jo Boaler’s work and Carol Dwek – that mathematics traditionally has an image problem as a difficult subject. We know that from our days as students as well. And the same problems that I had, I’m sure even most parents had when they were students, the thinking that mathematics is only a subject for a few, not for everybody. Those problems still persist today. But the neuroscience and the research and approaches and techniques I’m using tell us there are two ways to solve the problems. One, yes, you’ve got to resolve the teaching problem, but also, you’ve got to build the confidence of the students. You can’t just teach like a machine.. You’ve got to deal with the emotional side: their self-esteem, their confidence, everything to improve their standard so that they trust themselves, that they can do it.

The importance of raising the level of confidence about maths

This comes down to two things. There are two types of people, that is what Mindset mathematics is all about. There’s a growth mindset person and there’s a fixed mindset person. A growth mindset person is that student or even an adult, when, for example, you are faced with obstacles, you cherish dealing or solving the obstacles, whereas a fixed mindset person wants to shy away from obstacles. So, in the classroom, this applies in the sense that if a student sees mathematics; what they see is something to be feared because their confidence in themselves to learn is so low. It’s important for the coach or the teacher to recognise that as much as I have to teach them the subject, I also have to raise their level of confidence so that they can perceive themselves as a student of mathematics.

Unfortunately, schools often put students into group;: top performing students, and low performing students. Today I was speaking to a parent who  hadstarted coaching. She was actually telling me the same thing, that the school actually graded students, according to who performs the highest, who performs to lowest. I am sure teachers think they make it easy for themselves to manage the teaching of the students but unfortunately, the downside of that is it costs the students their level of confidence. When you grade students according to ability, there are consequences to that. The consequence is most students you are going to lose most students. Only a few, 5 or 10% perhaps, may persist, do what is required to do well in the subject, but the majority of them get lost because of the grading system at schools.

Confidence and the approach to maths improved with Mindset Mathematics

My approach is quite different. I would say that my success with the students is that now they think more about the mathematics that they’re learning instead of memorising it. Traditionally students think that, oh, I have got to memorise a formula and I only have to punch it into a calculator and an answer would jump out. But my approach is: Let’s look at mathematics as a thinking subject, right? So, when you see a formula in maths, you’ve got to ask questions, why? Why does it work? Why is it true? How did this come about? Instead of adopting a routine kind of procedure or just memorising the formula. So, I’ve had confidence levels of the students that are teaching going up saying, okay, I can now understand what that thing that I’m doing in class actually means because when I look at the mathematical formula, I know can think about it clearly. The benefit has been the confidence and the fact that they know that they are allowed to think about mathematics because it is a thinking subject. It is about being curious and finding out more, not just routine memorisation.

Look, it’s small steps, but obviously this has to happen over a long period of time. I’ve been doing this for two and a half years and when I started, it was just parents who wanted pupils to do well when a writing a test. But now with the students I have been working with for at least a year, year, and a half, I can see the confidence. Their parents are giving me the feedback that my daughter, my son has had a huge change with the approach and type of work that they are undertaking, which is a good thing because parents normally don’t get involved except just asking for the report. So, when I get that feedback, I get a little bit humbled, but there’s more that needs to be done. It’s only just a few students.

How a background in psychology led to coaching maths

I did psychology at school and afterwards statistics at varsity. That’s where my interest in mathematics started, when I did a course in statistics. I majored in psychology. Then later I did a postgraduate degree in economics. So, I’ve always been interested in qualitative subjects, but I never thought I would actually get to the point of coaching and helping students. But I wanted to help my own son. So, when I then really got involved, I saw the need and how pupils were battling and how parents were not so involved, but also not knowing what to do.

I’ve been trying, but, you know, working with government is so difficult. I’ve been meeting the department in Pretoria; I have had much success and also locally in Jo’burg with the provincial department. I met once or twice but it’s like banging my head against the wall unfortunately. Maybe the time has not come for me to speak to the right person but I am not giving up. I want to speak to the authorities to propose mathematics with a growth mindset approach instead of the stuff that we’re doing right now, which is counterproductive. We need to change attitudes. But I’m not giving up. I just wish that I could get the right people to listen and then we could tackle it, because it’s doable. We need to counter the idea that maths is only for those who are intelligent, with a high IQ. 95% of students in schools at the moment can do maths to the level they desire as long as they are willing to do the hard work – and obviously, the teaching has to be correct.