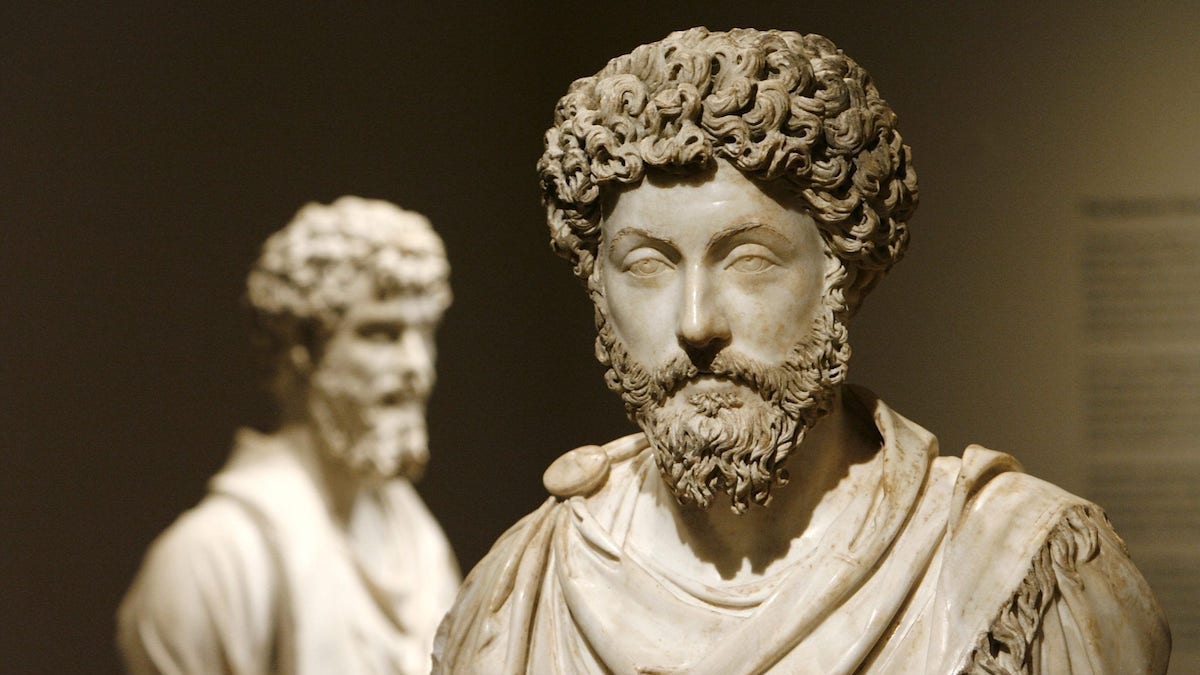 The Stoics, who lived in ancient Greece and Rome in the early parts of the 3rd century, BC, have much to teach us today. They embraced a detailed philosophy of virtue, consisting of wisdom, justice, courage and moderation, and held that it is individuals who make the difference. Successful modern businessmen would seem to bear out these habits: Warren Buffett has lived in the same house since 1958. It cost just over $30,000, while his fortune is estimated at over $60bn, but he subscribes to the policy of moderation, like the Stoics. Read the article below to find out some important tips for life from the Hellenic world which are as appropriate today as they were all those years ago. This article first appeared on FirstRand Perspectives. – Sandra Laurence

Stoicism as a business philosophy

“Have you read….?” We have all lived through it. The locations vary: maybe in a boardroom, at a cocktail party, a business pitch, even just drinks with colleagues at work. Sooner or later the conversation will turn to “Have you read…”. This question will then lead to the publication considered to be the latest and, questionably, greatest answer to business success, personal wealth, or how to exploit the Internet to fast-track your inexorable path to billionaire status.

This material undoubtedly sits proudly atop the New York Times bestseller list and the back page has a note of support from a widely recognised guru of the topic at hand. Should you find yourself in this embarrassing predicament, having somehow missed the solution du jour, this article may help a little. It seems reasonable to judge such a work on a number of factors. The most obvious is longevity, as much of the wisdom of yesterday can be found in the discount aisles of today. The other is the importance of looking beyond the kind words of an individual on the back cover.

The ideal source of success should have both continuing relevance and a space on the bookshelf of a wide range of highly successful people. Most importantly, it should be by far the most cited fundamental philosophy of success by those who have accomplished the extraordinary. This type of script would obviously rise above buzzwords, jargon and fluctuating trends. It would also seem to be a text that the aspiring young business person would happily take your arm off to obtain.

The singular weak point for this seminal work seems to be that it was published 1,800 years before the introduction of the New York Times bestseller list. And this knowledge is by no means a closely guarded secret. A great many successful people discuss it openly and consistently. When questioned about key philosophies that have ensured success, many of our modern social icons go straight to the practice of Stoicism.

Stoicism was praised and practised by Abraham Lincoln, Thomas Jefferson and George Washington, and is apparently revisited annually by Bill Clinton. When Reverend Jeremiah Wright threatened to derail Barack Obama’s presidential campaign in 2008, the future president looked to Stoicism as a solution.

Politicians aside, business moguls throughout time have followed the same teachings. John D. Rockefeller based his entire approach to business on the philosophy and more recently, Steve Jobs was a highly visible proponent. Tim Ferris, well-known author and entrepreneur, actually refers to Stoicism as his “operating system” and is recognised for its widespread proliferation and uptake throughout Silicon Valley.

To add a little history, context and explanation to the philosophy of Stoicism, any research into the topic will inevitably lead to three major driving forces. The first traces back to just after 100 AD and the work of the Greek philosopher Epictetus. He stands alone as the clearest teacher of the philosophy and his book, Enchiridion, can be considered the beginners’ guide.

Rome produced Seneca, a philosopher also highly regarded among the founders of the discipline. Seneca is a bit of a historic anomaly, for despite being oft read and quoted, little seems to be known of him. His writings and his life seem bound by a degree of both myth and debate, and even some of the artworks that depict him are referred to as pseudo-Seneca.

No matter, for if these two were the preachers, the true practitioner and most famous of Stoics will always be Marcus Aurelius. This famous Roman Emperor was undoubtedly the most powerful man in the world during his reign in 170 AD.

His rule was beset with constant war, a dreadful plague, an empire in decline, infidelity and betrayal by those closest to him. These circumstances would seem highly counter-indicative of success and yet Aurelius remains as one of the very few leaders who was universally acclaimed and described as truly befitting his station. While on the battlefield, he would succinctly summarise an entire philosophy in a single maxim:

“The impediment to action advances action. What stands in the way becomes the way”.

To claim that Stoicism missed out on the New York Times bestseller list is somewhat disingenuous. The author Ryan Holiday topped the list with his book, The Obstacle is the Way, quite evidently inspired by the writing of Aurelius. The book, however, is much more than a simple retelling. Holiday uses extensive research to cover a seemingly endless list of figures in business, politics, social advancement and even the military who apply the philosophy.

The examples that fill the pages show both application and result over and over again. Each event is used to further understanding and instruct on how to succeed because of change, because of misfortune, and because of the obstacles that rise before you.

At a time when the world is evolving at a pace we can barely keep up with, and as companies and industries face extinction through the Internet of Things and the human race looks at the future with uncertainty, these ancient texts have a relevance that suggests they were written mere days ago. To attempt to summarise Holiday’s work would not do it justice and quite probably run the risk of plagiarism; however, many of the proponents of Stoicism tend toward fundamental tenets of the philosophy they unswervingly abide by.

I think some instruction can be taken by the following guiding principles:

If you wish to learn and succeed, be humble.

Be among those you aspire to. As Amazon CEO Jeff Bezos describes, “Life is too short to be around people who aren’t resourceful”, or from Warren Buffett, “It’s better to hang out with people better than you”.

Time will always be your most precious asset.

Do not succumb to habit. Elon Musk believes questioning himself is the most important part of his work.

Do your job. Success grows, so make sure to succeed at even the most menial aspects of your work.

Constantly adapt and make proper use of failure. Thomas Edison is a true pioneer in celebrating failure. When the factory and lab he created burnt down, he summoned his family because he did not want them to miss the spectacle of the enormous fire.

Live below your means.

Warren Buffett has lived in the same house since 1958. It cost just over US$30 000, while his fortune is estimated at over US$60 billion.

Next time someone asks if you’ve heard of the latest guide to success, don’t be ashamed to admit you might be 1,800 years behind, but yes … you have.